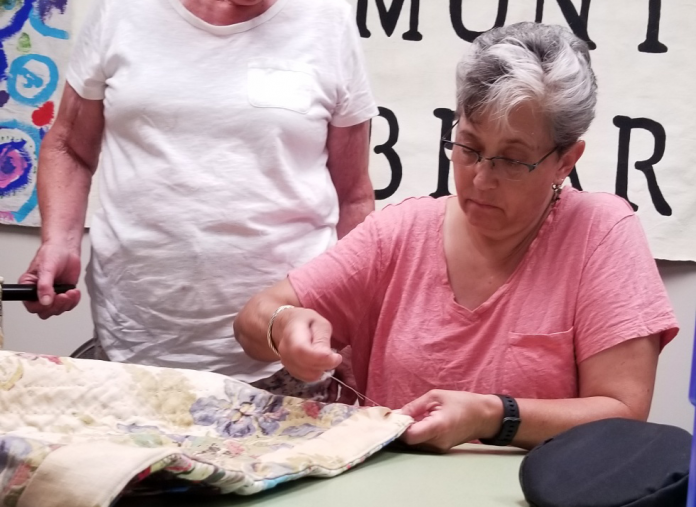 In January 2018, nine people gathered in the small meeting space at the Kutztown Community Library with a few boxes of fabric, some spools of thread, and the desire to create a community connection through needle and thread. After 18 months of hard work and dedication, the finished quilt, funded by a grant from the Pennsylvania Council on the Arts and the Berks Art Council, was unveiled on at the Kutztown Community Library.

This particular art project, appropriately named Community Threads, sought to bring the essence of the community together in the culmination of a full-sized, handcrafted quilt. Scraps of fabric reflecting the cultures and history of the region were donated to the group, making up the quilt top. Square swatches of laundered household linens, clothing, neckties, and handkerchiefs were stitched together, individual identities merging together as one community.

The selection of the Kutztown Community Library as the project’s meeting space reinforced the emphasis of community. Not only did the library offer a convenient gathering place for the group, but its public location attracted drop-in visitors to help stitch the piece together.

“Random people stop in to help assemble the quilt,” stated M. Camille Eaton Romig, the lead artist of the project. But there was one person who vividly stands out in her memory.
“One evening, at the beginning of the project, a young boy named Eduardo came and sat down at our table,” she said. 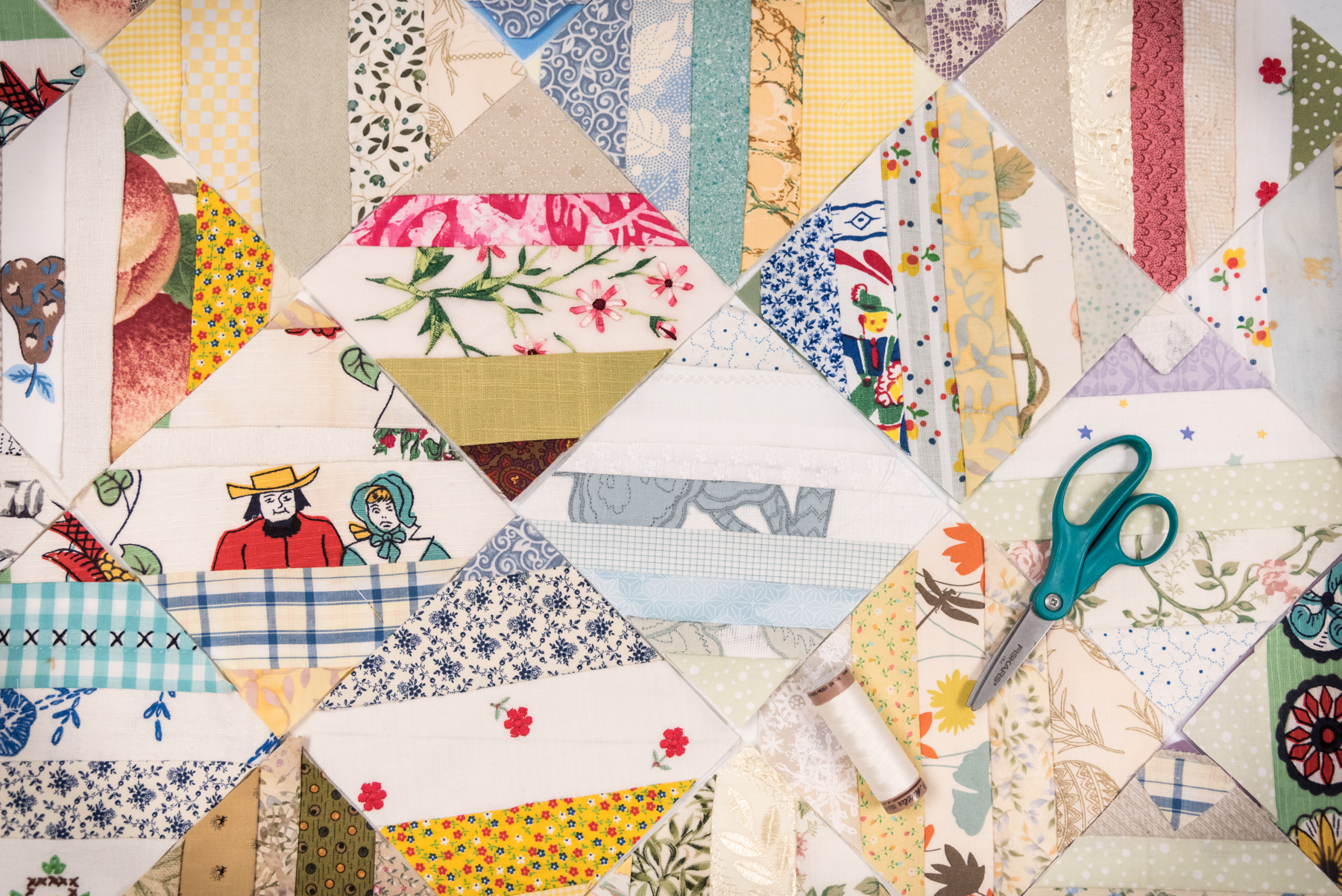 “The stitchers continued working around him as he played a video game. After two or three invitations, he bravely joined us and began to learn how to hand stitch strips of fabric together. His sister and mother arrived later to take him home, and at seeing what he accomplished, smiled and admired his hard work.” The project took about 18 months to complete as most of the quilting was done through the practice of “slow stitch.”

“Slow stitching is the process of sewing by hand,” said Romig. “Our intention was never to just quickly finish the project. We wanted to give our stitchers a chance to sit down and talk with each other. To work and learn together.”

The 78”x80” quilt was officially finished on July 15, 2019, and features beautiful double helix designs of DNA on its front. The quilt will remain on display during part of the library’s 70th anniversary before travelling around the county.