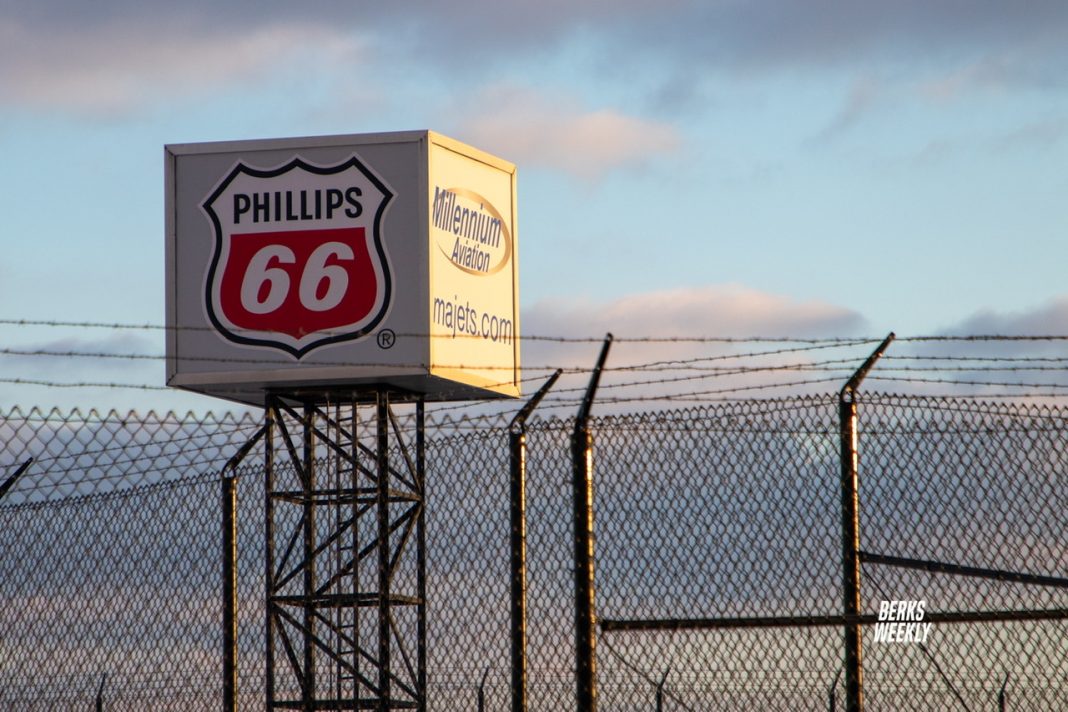 A Lansdale man has been accused of stealing a snow plow and leading Police on a pursuit after scaling the fence of Reading Regional Airport Tuesday.

Around 2:20pm, Bern Township Police officers were dispatched to Route 183 near the Reading Regional Airport for reports of a man rolling on the grass, jumping in front of vehicles, and displaying erratic behavior.

Once over the 10 foot barbed wire airport fence, Lee broke into in a red plow truck belonging to Millenium Aviation. The truck was unlocked and idling in preparation for the upcoming snowstorm.

According to Police, Lee stole the truck to evade arrest and was driving on the restricted portion of the airport.

The airport control tower was notified to diverted landings until the incident was complete. Police say at one point, an inbound aircraft made a last minute maneuver to avoid landing during the incident.

The truck Lee stole had its plow in the lowered position, which caused it to become stuck in the grass. Lee then got out of the vehicle and started to run towards the southernmost fence on the property.

After a short foot pursuit, Bern Township Officers and Deputies from the Berks County Sheriff’s Office took Lee into custody as he resisted arrest.

Police say Lee was “obviously under the influence of narcotics”. Due to Lee’s behavior, his level of intoxication, and his violent tendencies, he was transported to Penn State Health St. Joseph’s Campus for medical treatment. While Lee was being medically evaluated, he continued to resist and spat into a Deputy’s face.

Lee has been charged with aggravated assault on a law enforcement officer, theft of a motor vehicle, unauthorized use of motor vehicle, defiant trespass, criminal mischief, and resisting arrest.

MDJ Strand arraigned Lee from the hospital and was committed to Berks County Jail in lieu of $100,000.