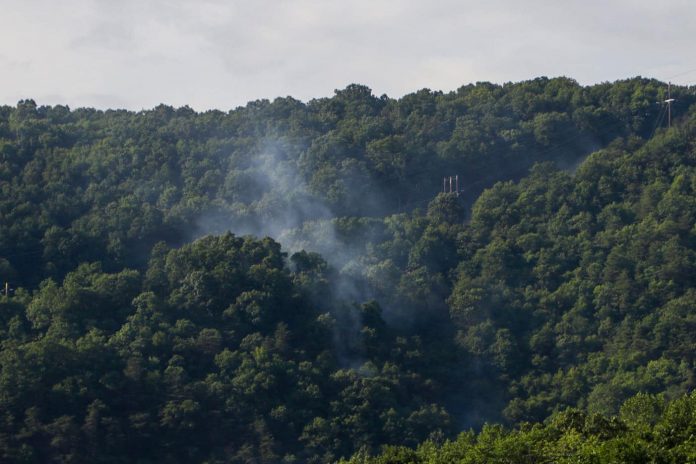 Firefighters were called to brush fire on Neversink Mountain Tuesday afternoon. Beginning around 3pm, the fire was initially reported to be in the area of the Neversink Trail.

Fire crews battled the flames for several hours. Multiple brush trucks, a tanker, and an ATV were called the the scene.

Smoke from the fire could be seen from the 422/ 176 interchange.