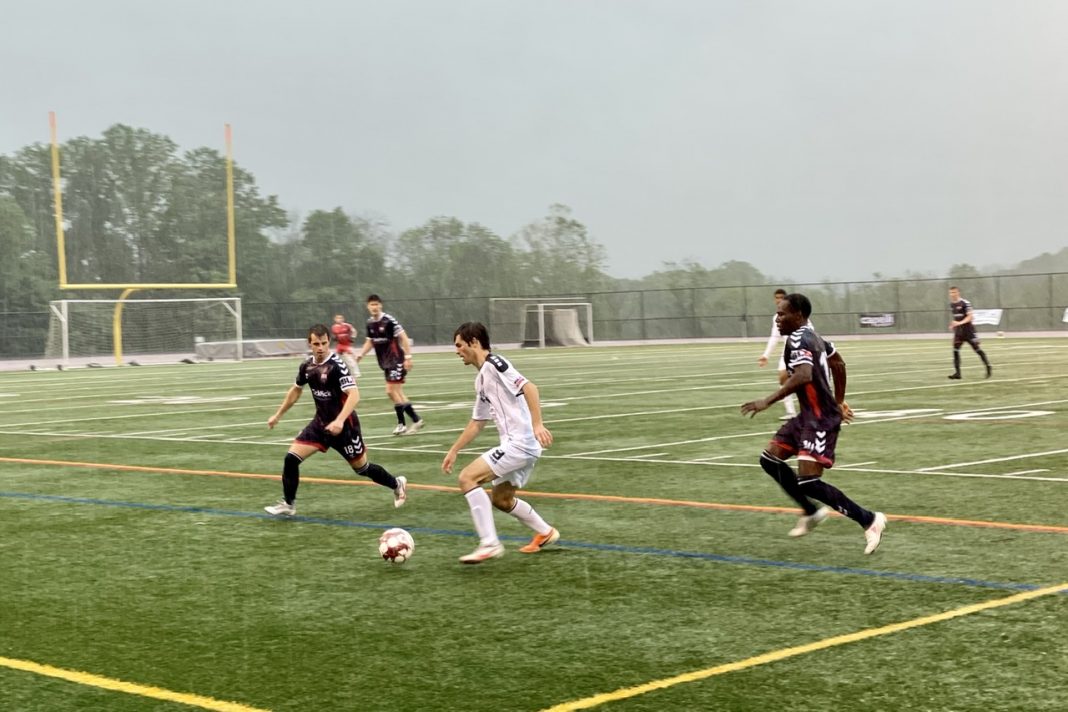 Reading United AC recorded their first win of the 2021 campaign as they outlasted visiting Philadelphia Lone Star and a driving rainstorm to score a 1-0 victory in USL League 2 action.

Forward Lyam MacKinnon broke the deadlock in the second half while Jonas Dieseler and the Reading defense kept the clean sheet to hand United boss Casey Moore his first win as coach. 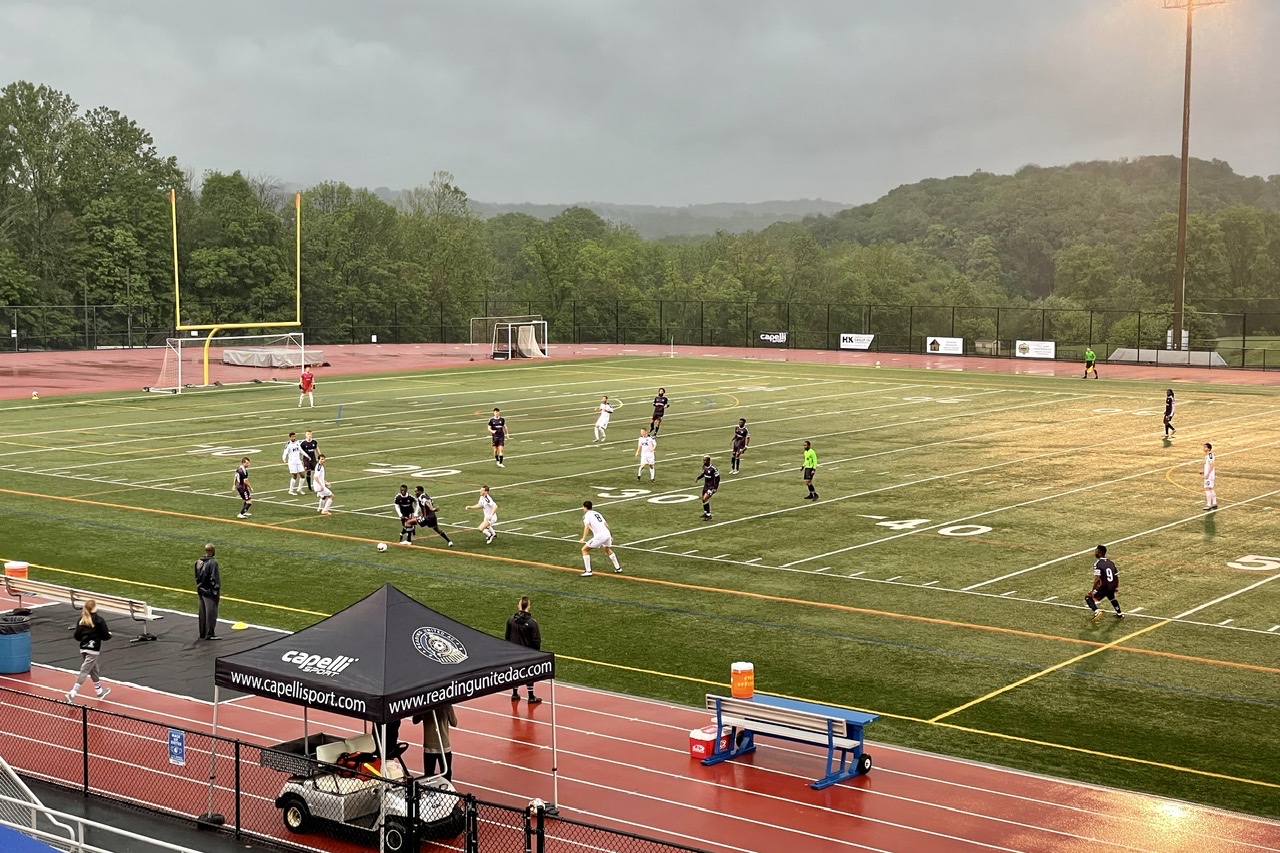 An unseasonably cool, driving rain hindered proceeding in the game’s opening half hour.

Neither team recorded a shot on goal until the 33rd minute when Lone Star’s Bill Walleekendah’s powerful shot was well blocked by United defender Raimondo Partito.

As the match headed towards half, Reading found their footing and began to mount pressure on the visitors. 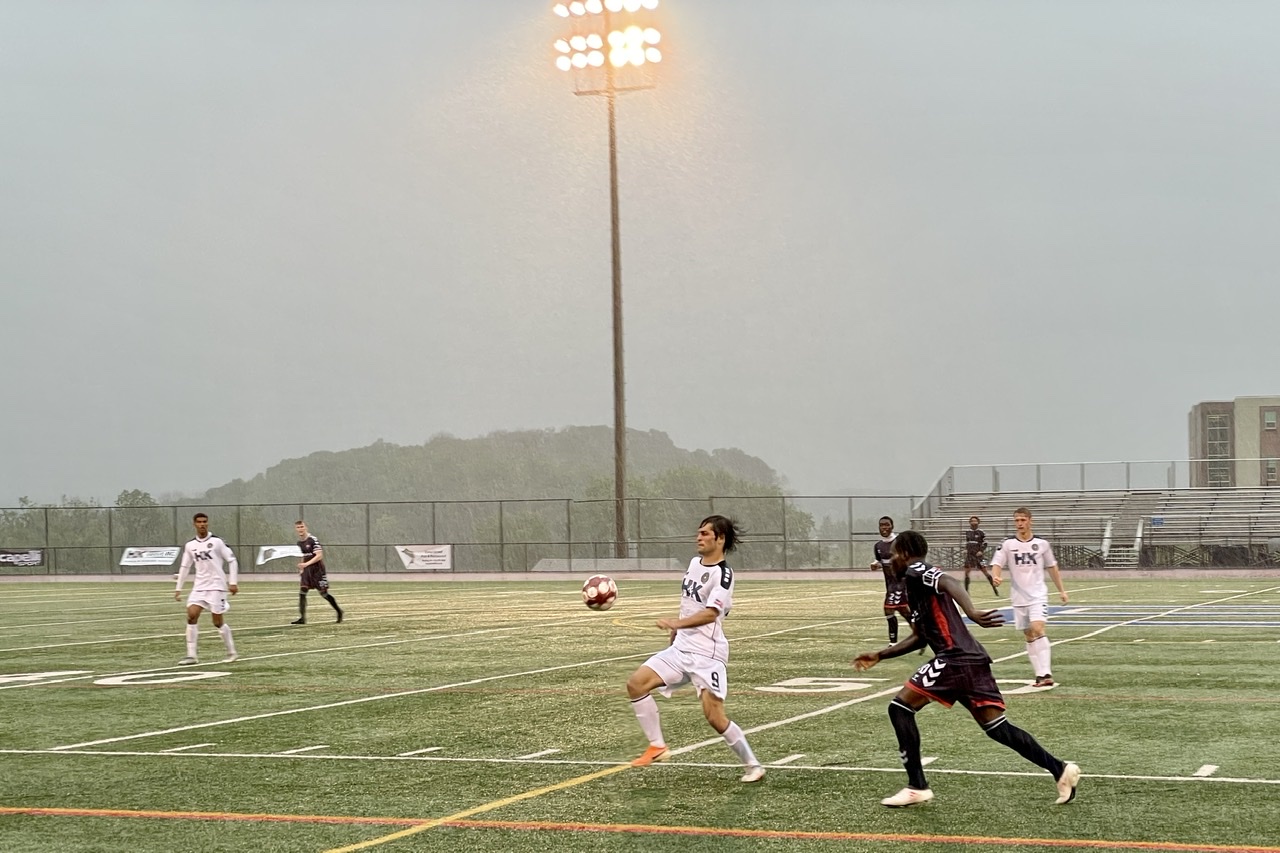 In the 40th minute, MacKinnon raced past his mark on the left flank before squaring for Ike Hollinger. Hollinger only managed to fizz a low shot just wide of the left post.

Wyomissing native Seth Kuhn spurred United’s best chance of the first half in the 45th minute. The Reading captain struck a juicy through ball to the feet of MacKinnon, who forced Philly Lone Star goalkeeper Eoin Gawronski into an acrobatic diving stop to keep the match scoreless as the two sides entered halftime.

MacKinnon’s stellar play would put Reading United into the lead in the game’s 60th minute. Midfielder Alex Hajj found time and space deep in the right channel and hammered a low cross across the face of the Lone Star goal. MacKinnon crashed the far post and steered Hajj’s cross into the back of the net to make it 1-0 to United.

Lone Star failed to mount a comeback as Reading maintained possession of the ball and limited the visitors’ chances through the game’s final 30 minutes. The clean sheet was Reading’s first of the season. 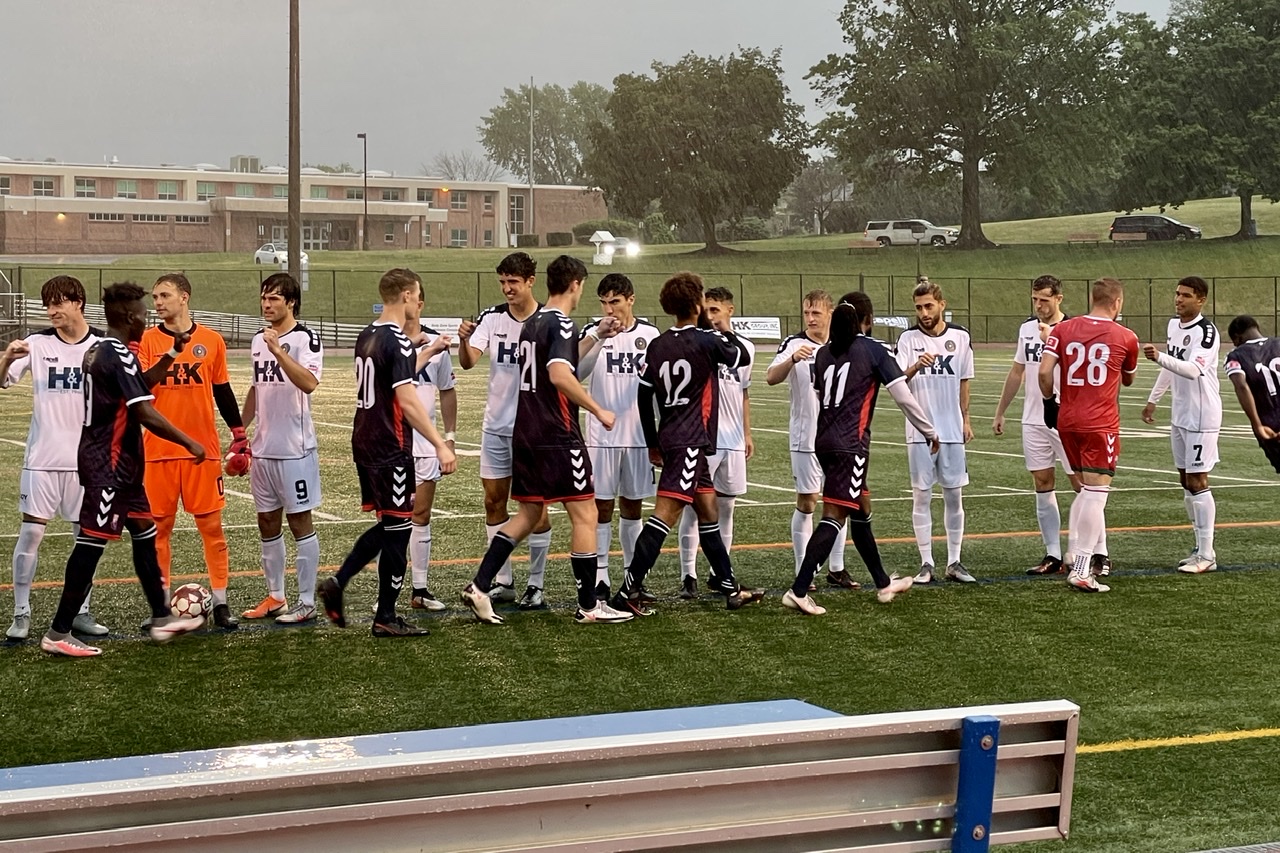 Kickoff is 7pm. It will be Kicks Against Cancer Night, where Reading United will raise cash and awareness in the ongoing fight against cancer.