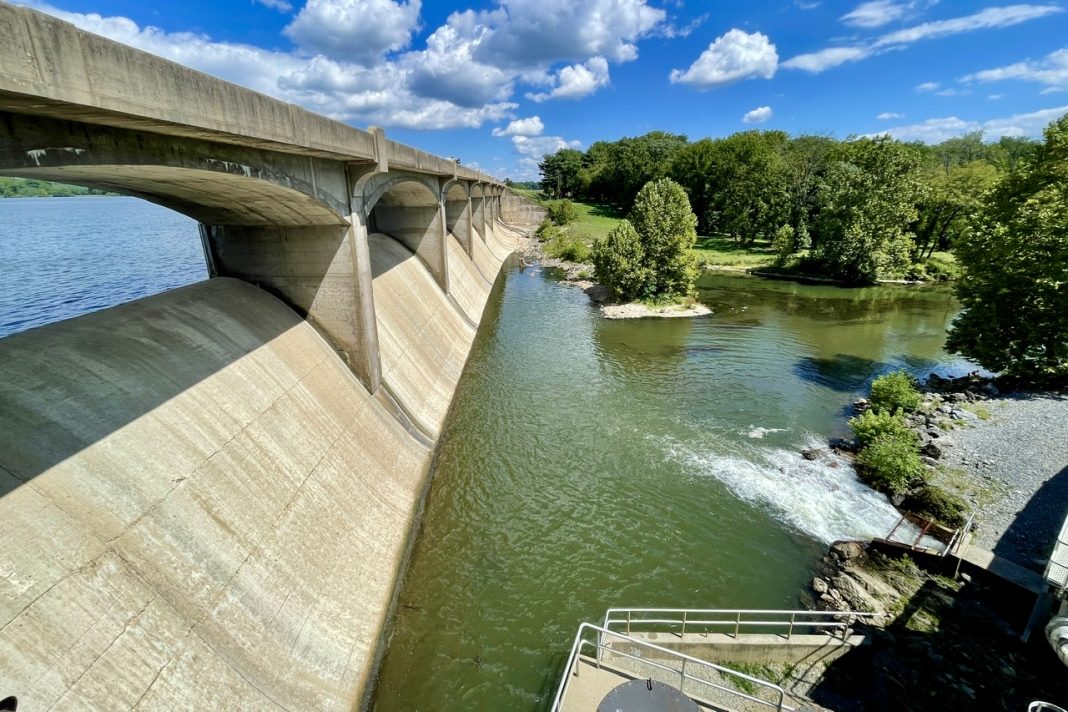 The Pennsylvania Department of Environmental Protection announced Tuesday after a meeting of the Commonwealth Drought Task Force that, despite recent rainfall, 36 counties remain on drought watch and continued voluntary water conservation is requested in those counties.

“Conditions have improved with the recent rain, but we need to see continued meaningful precipitation over several months and have public water suppliers in affected counties returning to normal operations before the drought watch can be lifted,” said DEP Acting Secretary Ramez Ziadeh. “We ask Pennsylvanians in these counties to continue to use water wisely and follow simple water conservation tips to ease the demand for water.” 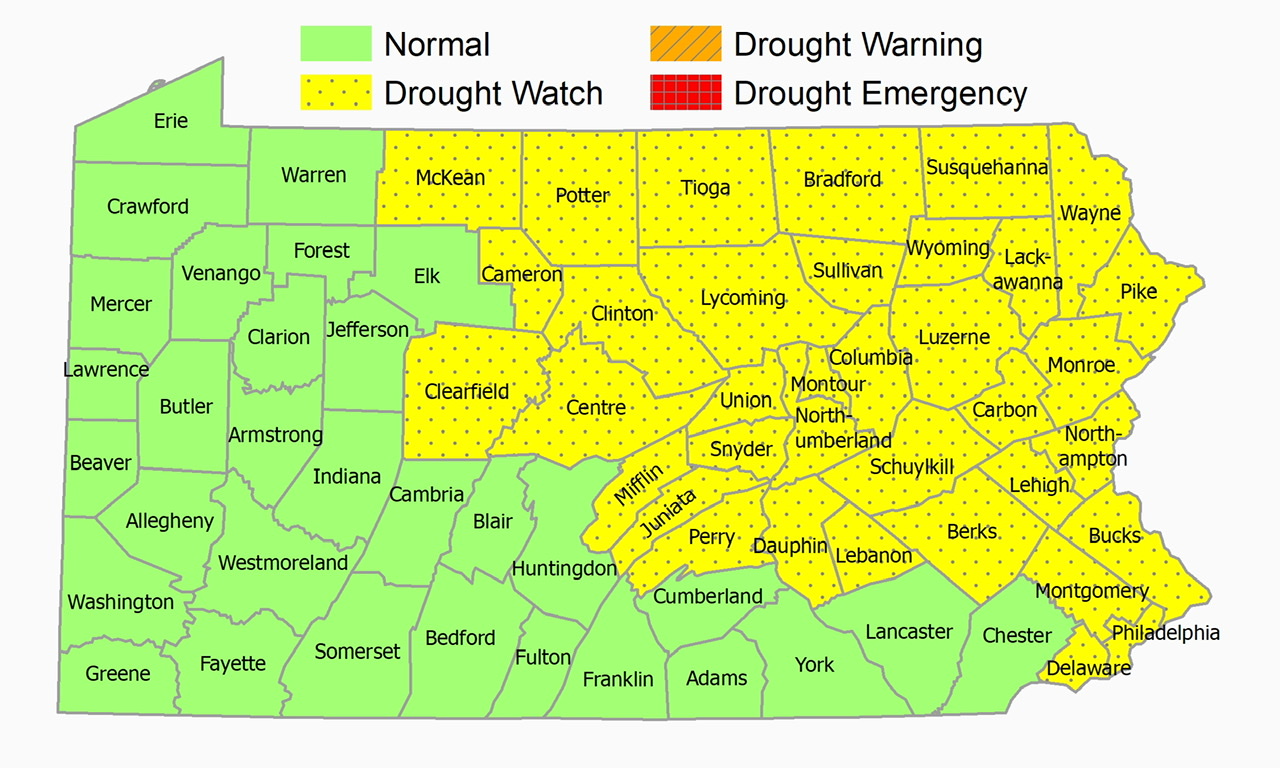 Residents on drought watch are asked to reduce their individual water use by 5 to 10%, or a reduction of three to six gallons of water per day.

DEP is notifying all water suppliers in these counties of the need to monitor their supplies and be prepared by updating their drought contingency plans as necessary. Varying localized conditions may lead water suppliers or municipalities to ask residents for more stringent conservation actions.

Ways to Conserve Water at Home

There are many ways to conserve water at home, including:

Run water only when necessary. Don’t let the faucet run while brushing your teeth or shaving. Shorten the time you let the water run to warm up before showering. Run the dishwasher and washing machine less often, and only with full loads. Water your garden in the cooler evening or morning hours, and direct the water to the ground at the base of the plant, so you don’t waste water through evaporation.

Water your lawn only if necessary. Apply no more than 1 inch of water per week (use an empty can to determine how long it takes to water 1 inch). Avoid watering on windy and hot days. This pattern will encourage healthier, deeper grass roots. Over-watering is wasteful, encourages fungal growth and disease, and results in shallow, compacted root systems that are more susceptible to drought. When mowing your lawn, set the blades to 2-3 inches high. Longer grass shades the soil, improving moisture retention. It also grows thicker and develops a deeper root system, so it can better survive drought.

Check for and repair household leaks. For example, a leaking toilet can waste up to 200 gallons of water daily. Sweep your sidewalk, deck, or driveway instead of hosing it off. Replace older appliances with high-efficiency, front-loading models that use about 30 percent less water and 40-50 percent less energy. Install low-flow plumbing fixtures and aerators on faucets. Set up a rain barrel to be ready to repurpose rain when it does fall. For information, see this Penn State Extension guide.

The DEP Drought Coordinator monitors the indicators in close partnership with the U.S. Geological Survey (USGS), which maintains gauges in streams and wells in many locations across Pennsylvania.

DEP shares these data and its recommendations with the state and federal agencies and other organizations that make up the Commonwealth Drought Task Force. Drought watch and warning declarations are determined by DEP, with the concurrence of the task force.

Drought emergency declarations follow the same process, with final approval by the governor. No county is in drought warning or emergency status at this time. The next Commonwealth Drought Task Force meeting will be held in approximately two weeks.