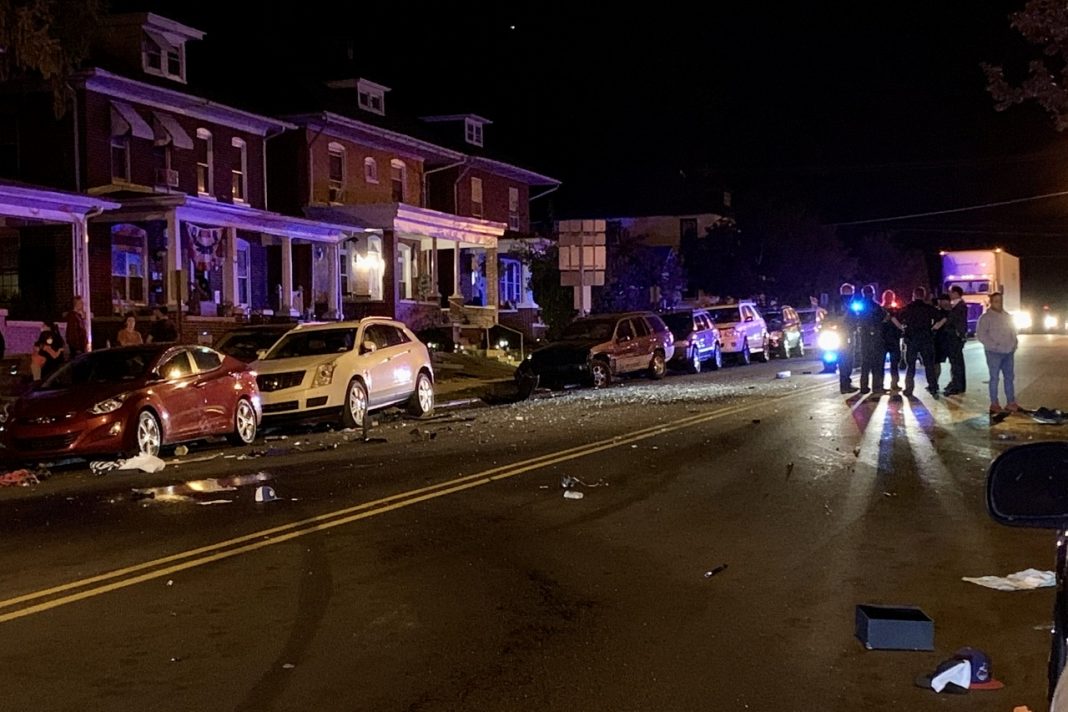 Bern Township Police are searching for the driver of a vehicle who crashed into several parked cars on the 1500 block of Schuylkill Ave Monday night, following a Police pursuit.

Police say the incident began when Bern Township officers attempted to pull over a vehicle near the 2000 block of Bernville Road.

Not stopping, the driver continued South towards the City of Reading.

Police on-scene say they initially pursued the vehicle, but then cut it off shortly after.

Crossing the line into Reading, the driver crashed into several parked cars, and came to a stop just before the intersection of Schuylkill Ave and Lackawanna Street.

Officers, who arrived shortly after the crash occurred, say they were not able to locate the driver.

A path of debris stretched 300 feet across the road following the crash. Schuylkill Ave was closed for several hours as Police investigated the incident. 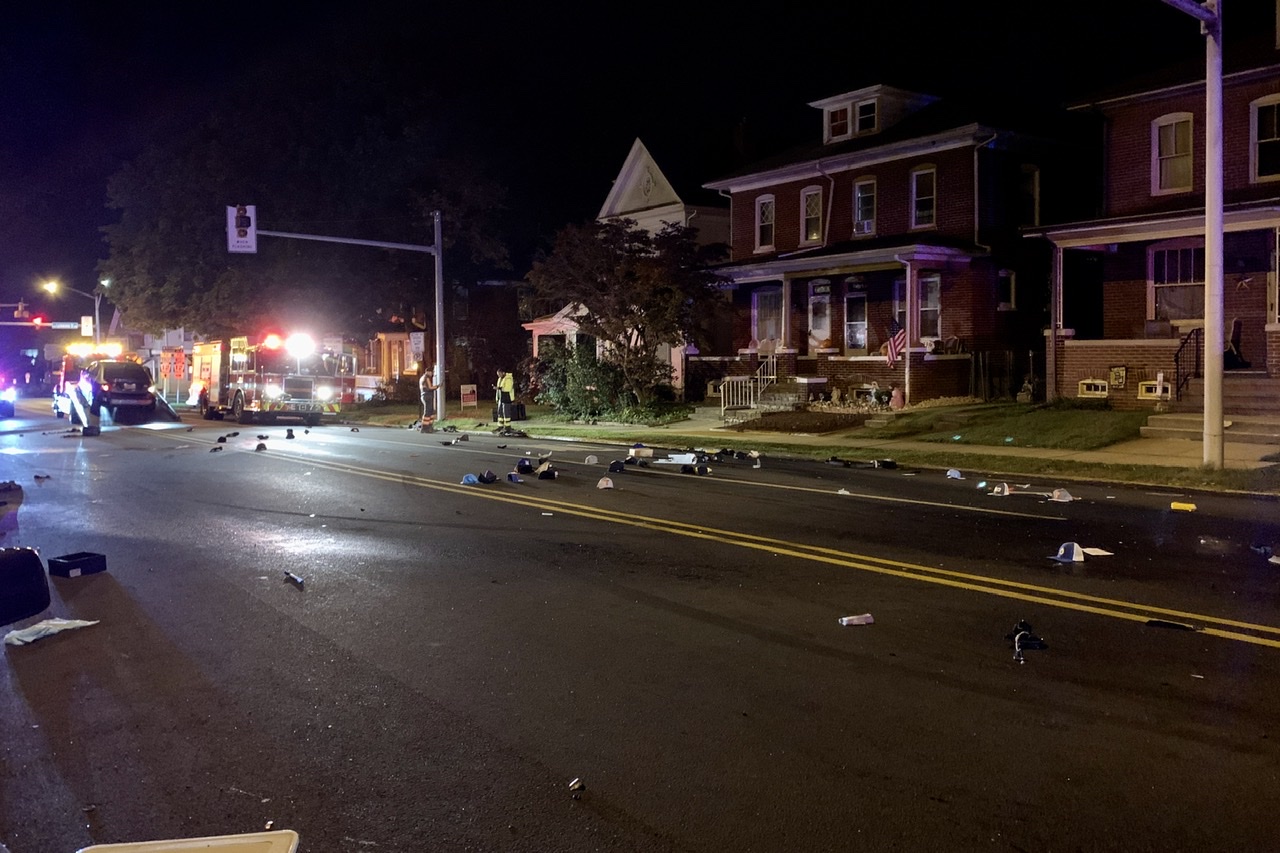 Additional details were not immediately available as the investigation is still on going. Police say they do not have anyone in custody. No injuries were reported.