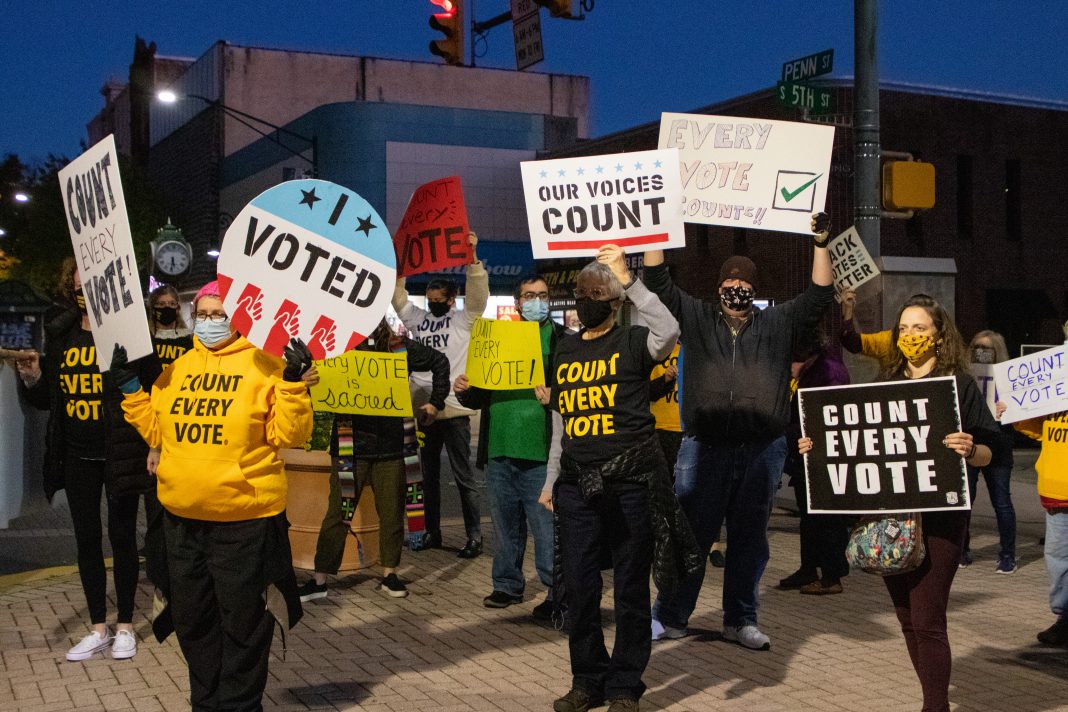 Berks community groups gathered in downtown Reading Wednesday evening to call for the Administration and the Courts protect the results of the November 3rd election.

The event, hosted by Berks Stands Up, Make the Road Pennsylvania, and Sunrise Movement Berks, is part of a nationwide mobilization of more than 100 bipartisan grassroots organizations demanding that all votes are counted.

“For months, President Trump has tried to undermine confidence in our democracy in a cynical attempt to keep people from making their voices heard. But voters haven’t let anything, including the President, keep them from casting their ballots this year, and they won’t let anything keep their votes from being counted.” 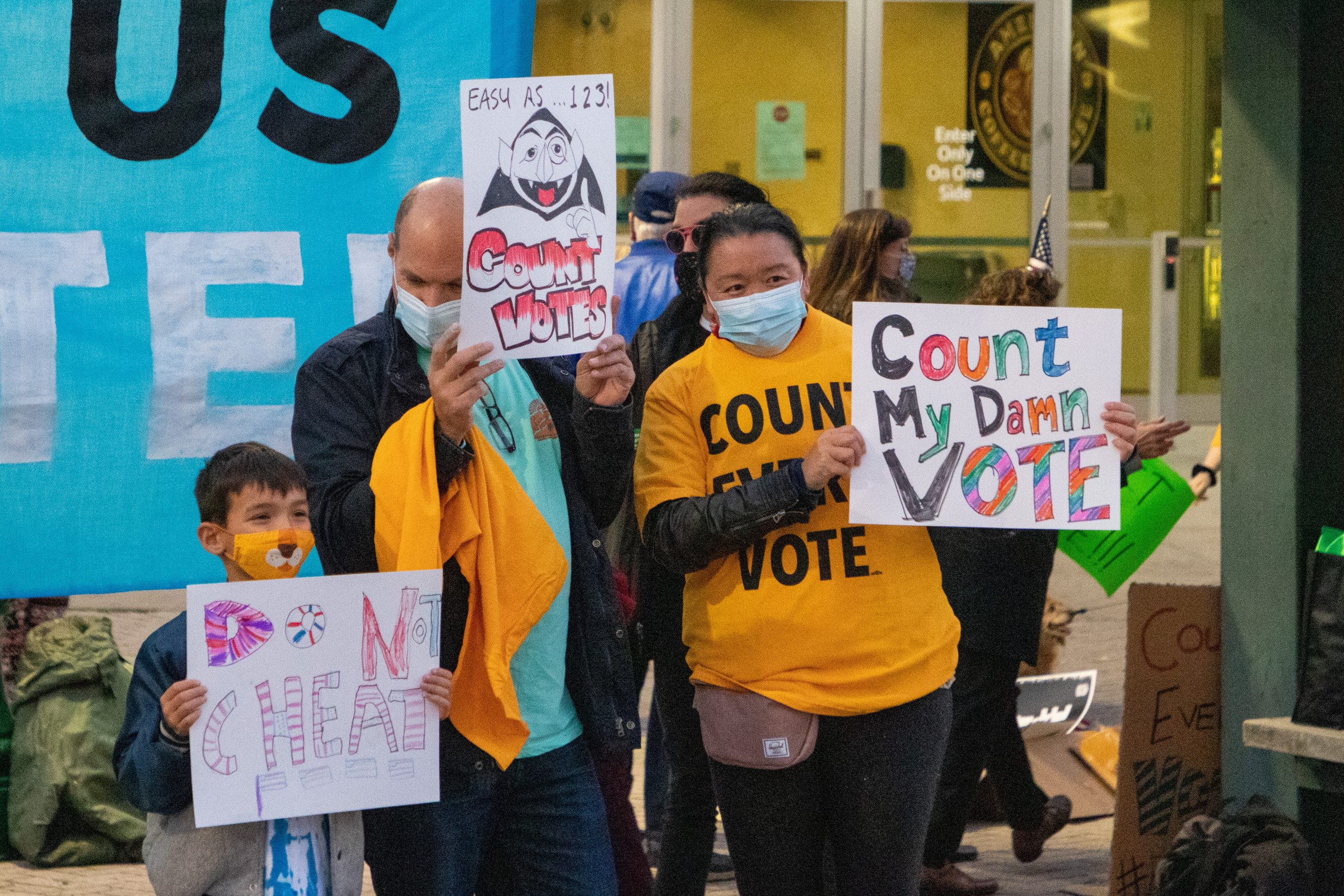 Held on the southwest corner of 5th and Penn streets, the “Count Every Vote in Reading” rally organizers stressed a peaceful and pro-democracy gathering.

“Trump and his enablers are still trying to cheat their way through an election they knows they’re losing,” said Jane Palmer, Director of Berks Stands Up.

“But from our nation’s founding, Americans of every race and creed have fought together for democracy against petty tyrants, and time and again we’ve won. Protecting the results of the election is crucial, no matter what party one supports.” 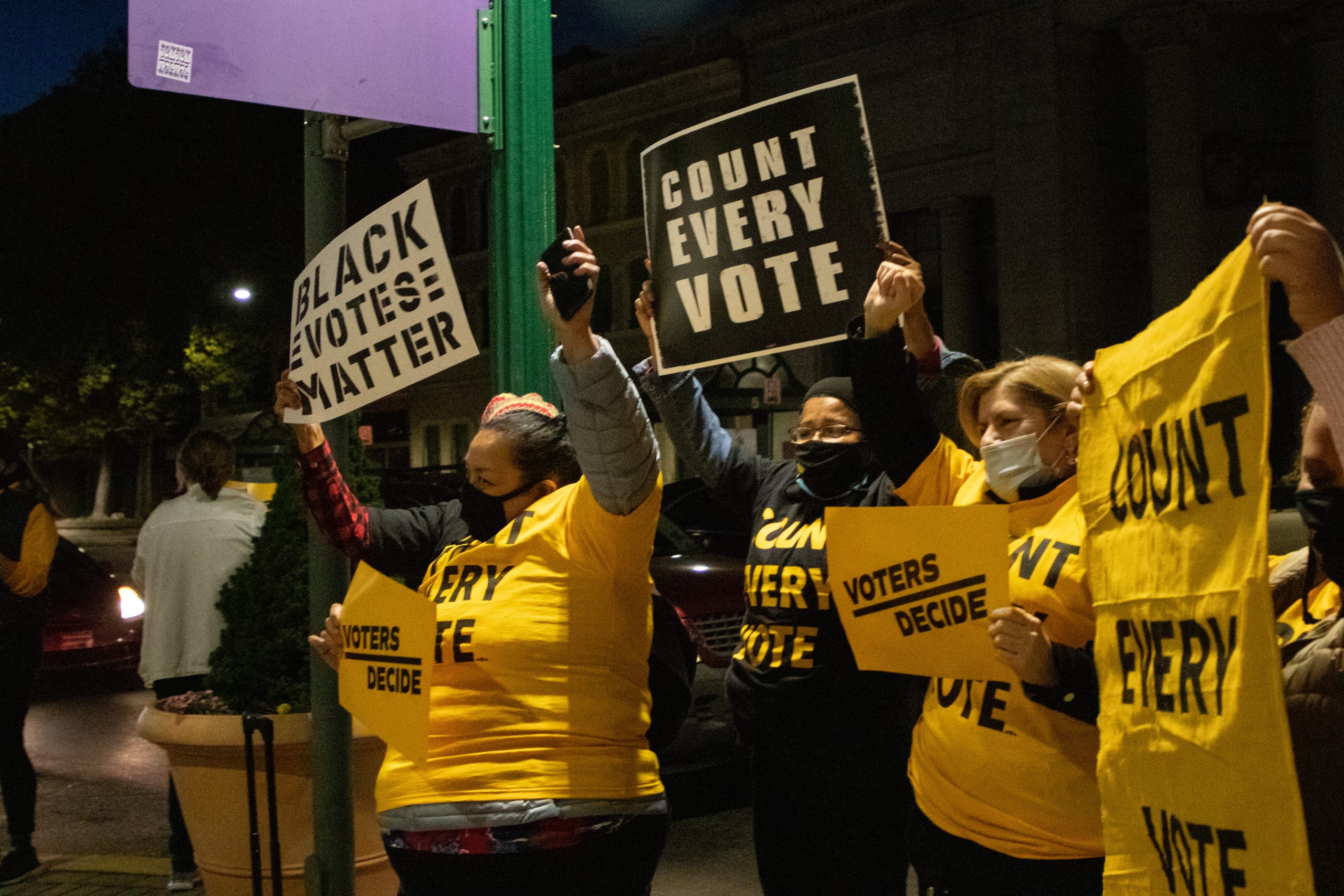 Patty Torres, Organizing Director for Make the Road Pennsylvania, said, “This election is about more than two candidates, it’s about our communities and our democracy. We brought our power to the polls, and now we’re making sure that every single vote gets counted. With historic levels of mail-in voting, elections officials are working to process every ballot and only when all votes are counted will we know the results of this election.”

“We stand united to ensure that every voice is heard and every vote counted until we swear in a government of, by and for the people,” said Troy Turner, Sunrise Berks leader.