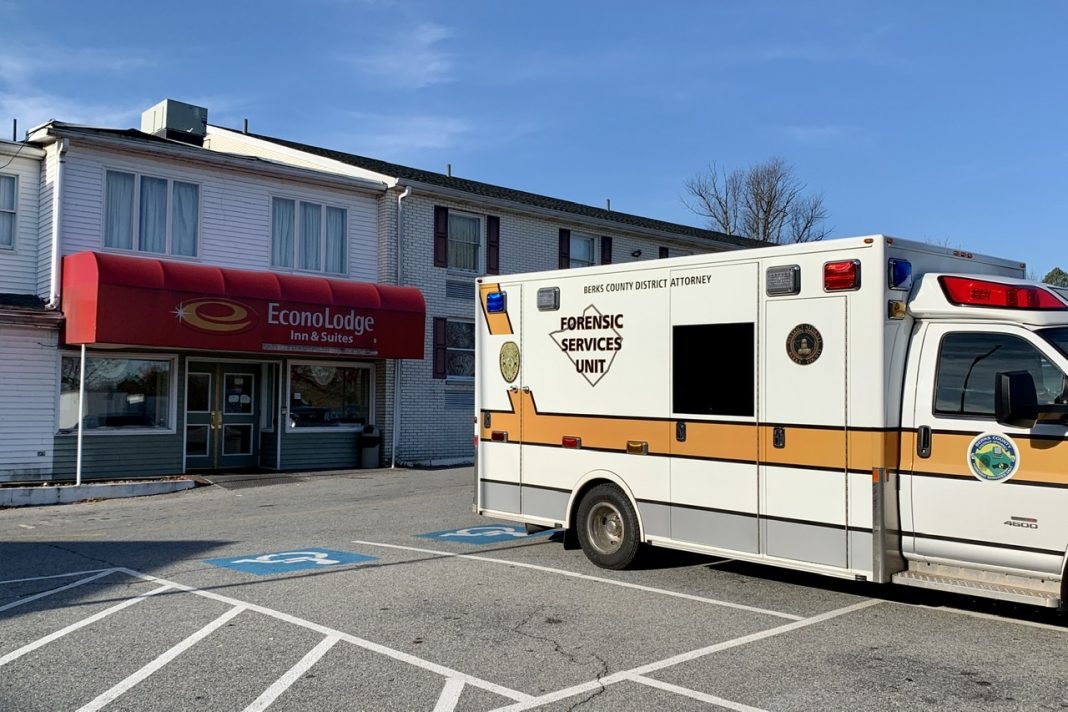 Bern Township Police and Berks County Detectives are investigating a shooting that occurred early Thursday morning to the Econo Lodge Inn & Suits on Bernville Road in the Township.

Upon arrival, officers found one victim, described as a 25 year old Hispanic female, who sustained a life threatening gunshot wound.

The victim was transported to the hospital for her injuries.

The incident is now under investigation by the Bern Township Police, Berks County Detectives, and members of the Berks County District Attorney’s Forensic Services Unit.

“At this time, we are in the very early stages of this joint investigation and as more information is developed and the investigation progresses, we will provide additional updates” reads a statement from the Berks County District Attorney’s Office.