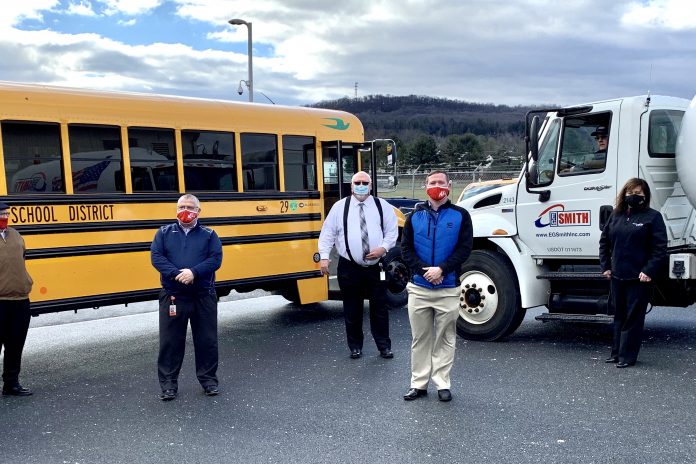 The Wilson School District celebrated the arrival of seven new propane-powered bus last month with plans to convert its entire 63-vehicle fleet in the coming years.

Randy S. Williams, the district’s transportation director, says that the new buses will cost about 13 cents per mile to operate, compared to 20 cents per mile for diesel.

“We’re happy to be going green and contributing to the betterment of the environment,” Williams said when the bus purchase was announced.

E.G. Smith, a Rhoads Energy company, is serving as Wilson’s propane autogas supplier. Rhoads Energy has spent the past few years consulting with Wilson on its transition to cleaner, more efficient propane.

In addition, Wilson School District will have on-site propane infrastructure, which will save time fueling and put the district in control of its own propane supply.