Curtains up on 1st Street Players’ new season, with the Musical ‘Curtains!’ 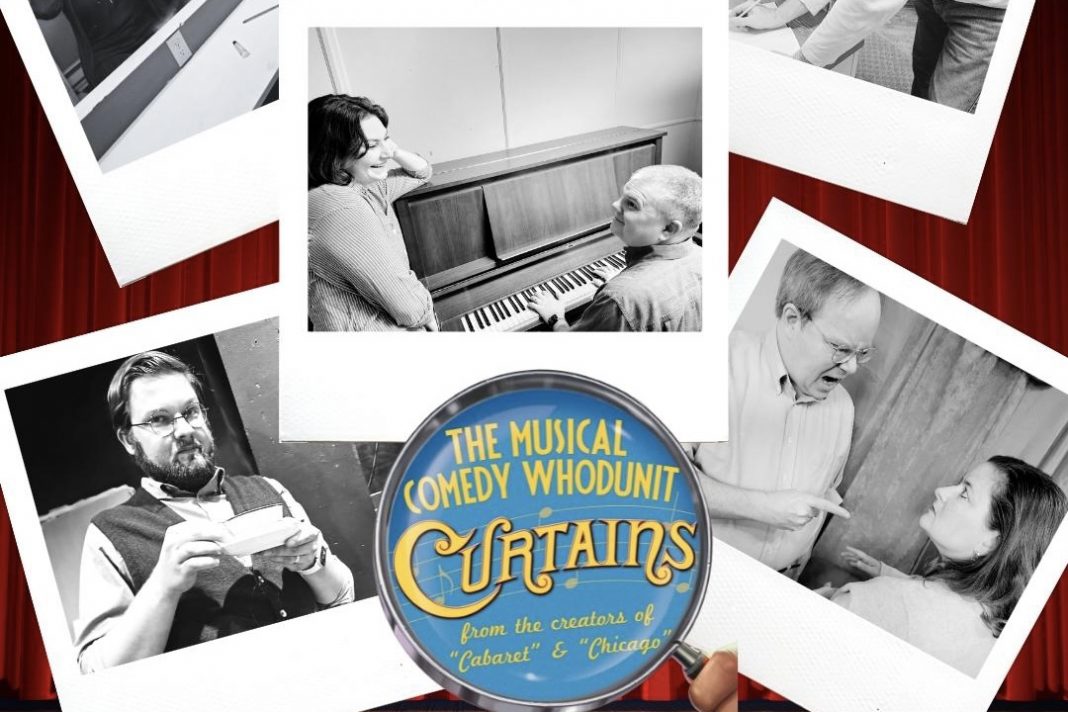 1st Street Players 2022-2023 season, “Breaking Free” officially begins this November with their production of Curtains, a musical with book by Rupert Holmes, music by John Kander, lyrics by Fred Ebb, and original book and concept by Peter Stone.

Curtains transports the audience to the brassy, bright, and promising year of 1959. Boston’s Colonial Theatre is hosting the opening of a new musical. When the leading lady mysteriously dies on stage, the entire cast and crew become suspects, and are investigated by a detective who just happens to be a musical theater fan! With glorious tunes, a witty, charming script, and delightful characters, Curtains is a hilarious journey. The Broadway production garnered 8 nominations at the 2007 Tony Awards® including Best Musical.

1st Street’s production is headed up by Director Alicia Brisbois, who along with Assistant Director Taylor Patullo, has been thoroughly enjoying the process of bringing this show to life.

Artistic Director Dee Leech loves the show because, “It’s two shows in one, both a murder mystery and a musical. Curtains is hilarious and full of twists and turns…from the plot as well as the dancers! I love that this show is not afraid to make fun of itself, and allows us to do the same- we ARE a special kind of people known as show people, after all. Don’t miss this, it will have you laughing for hours!”