Studio B Gallery Announces Reception for Latest Exhibit “The Farm” 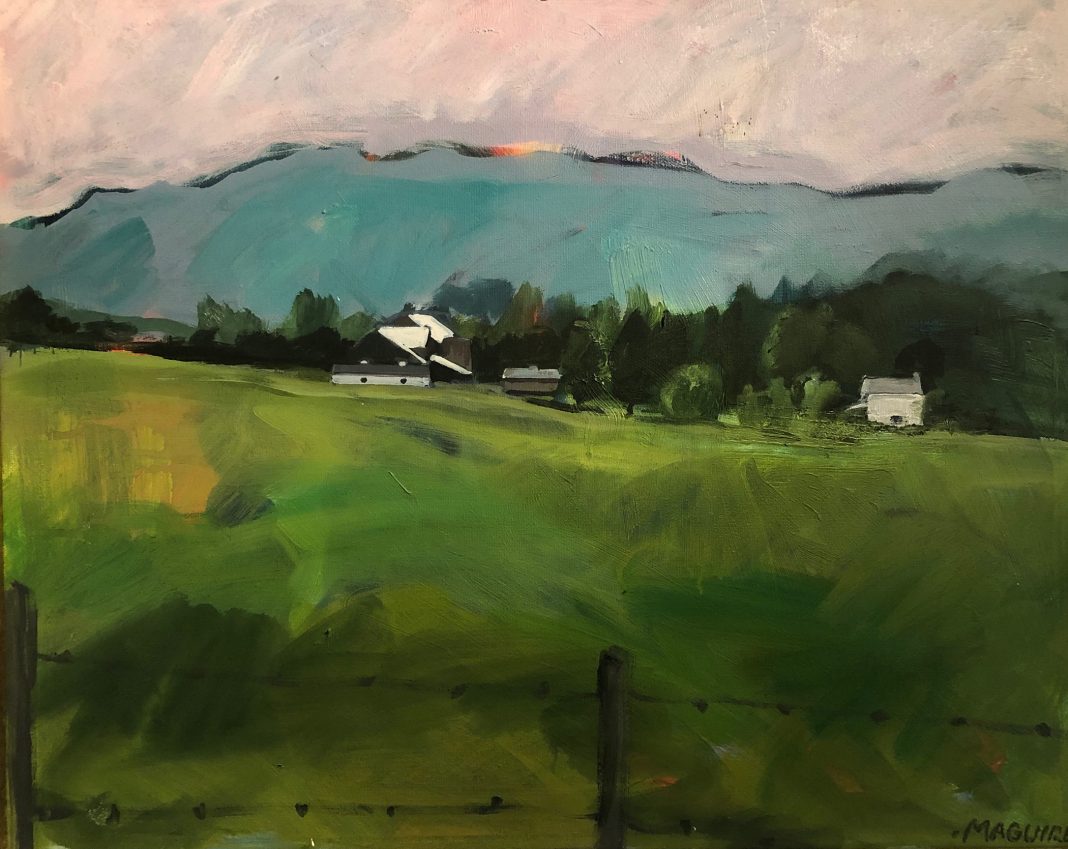 Studio B Fine Art Gallery has announced the opening of “Farm,” the studio’s 12th annual exhibit celebrating the area’s agricultural roots. The exhibit opens January 17, 2020, with a reception from 5:00 p.m.-8:00 p.m. and runs through February 16, 2020. The exhibition and opening reception are free and open to the public.

The exhibit, fondly known among the gallery’s artists and patrons as “The Farm,” is the studio’s signature and most popular exhibit. This year’s juror is Karen Wright. Wright is a vigorous patron of the arts. Her remodeled 18th century FARMstead is loaded with a stately collection of delicately curated works reflecting Southeastern Pennsylvania’s local artists.

The majority of the works demonstrate an agricultural influence. Karen’s fine sense of culture and love of creativity is reflected in her longstanding support of art and artists at Studio B and the Berks/Lehigh arts scene.

Cash prizes will be awarded on Friday night, including the coveted “Best in Show,” which nets the winner a cash prize as well as a featured spot during the agriculturally/environmentally-themed exhibit in 2021.

Featured artists in this year’s exhibit are Deborah Meehan, Albert Ciervo, and Karen Weber. Meehan was awarded the “Nature” prize for her landscape; Ciervo took an award for his depiction of cuts of meat in the category “Food,” and Weber’s whimsical donkey (adorned by a pig adorned by a bird) painting was awarded in the “Animal” category.

“We are always very excited to see what our artists bring to this show,” noted Biebuyck. “They have wowed us with their innovation and fresh takes on the traditional subjects of agriculture and farming.”

Studio B “The Farm” History

Entries in all media are offered from artists in Berks County and beyond and over the years have revealed a broad spectrum of work, from sculpture to watercolor to linocuts to mixed media.

Studio B opened its doors during Boyertown’s December 2008 Holiday Open House Tour and welcomed hundreds of members of the community to its premiere exhibit. In January 2009, “The Farm” served as the studio’s first juried themed exhibit, has been staged annually as its most popular “signature” exhibit, and continues to “pack the house” at its opening.

Each year artists prepare to meet Biebuyck’s creative challenge on the theme. In 2019, the exhibit was titled “Farm to Table” adding food art to the exhibit’s focus highlighting gallery director Susan Biebuyck’s view that “in the end, it’s all about the food.” Three awards were given in 2019: “Nature,” “Food,” and “Animal.”