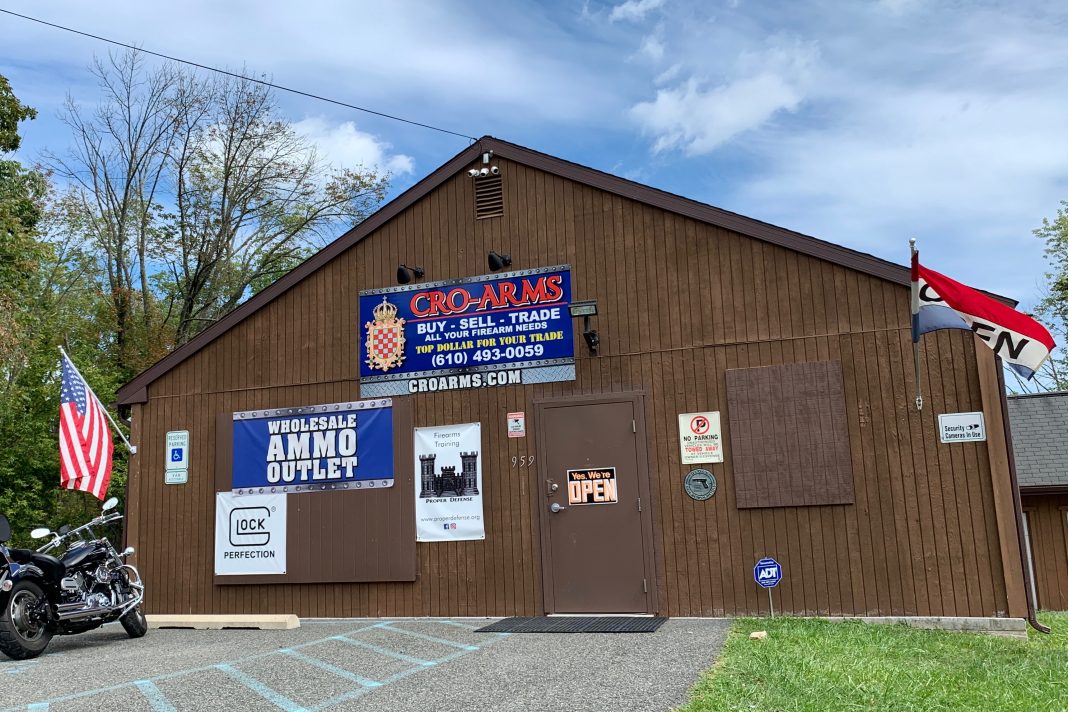 On Saturday, 1:27am, Central Berks Regional Police officers were dispatched to a firearms dealer for a burglar alarm activation. Responding officers arrived and determined that a burglary had occurred at the business after finding forced entry to the building. Officers entered the building and found that the actors were no longer on location but numerous display cases that contained firearms had been smashed and ransacked.

After a lengthy investigation conducted over the past few days by Detective Ronald Linderman of the Central Berks, with the assistance of the ATF, it was determined that a total of 45 firearms had been stolen from the business and the following individuals have been identified as being involved in the burglary.

The 15 and 16 year-old juveniles have been charged with Burglary and related offenses. The 17 year-old and unknown age juveniles are still at large and have not been charged yet.

At this point, at least 10 of the stolen firearms have been recovered. The investigation is still ongoing as Detective Linderman and the ATF continue to work to recover additional firearms and to identify anyone else who may have been involved in this incident.