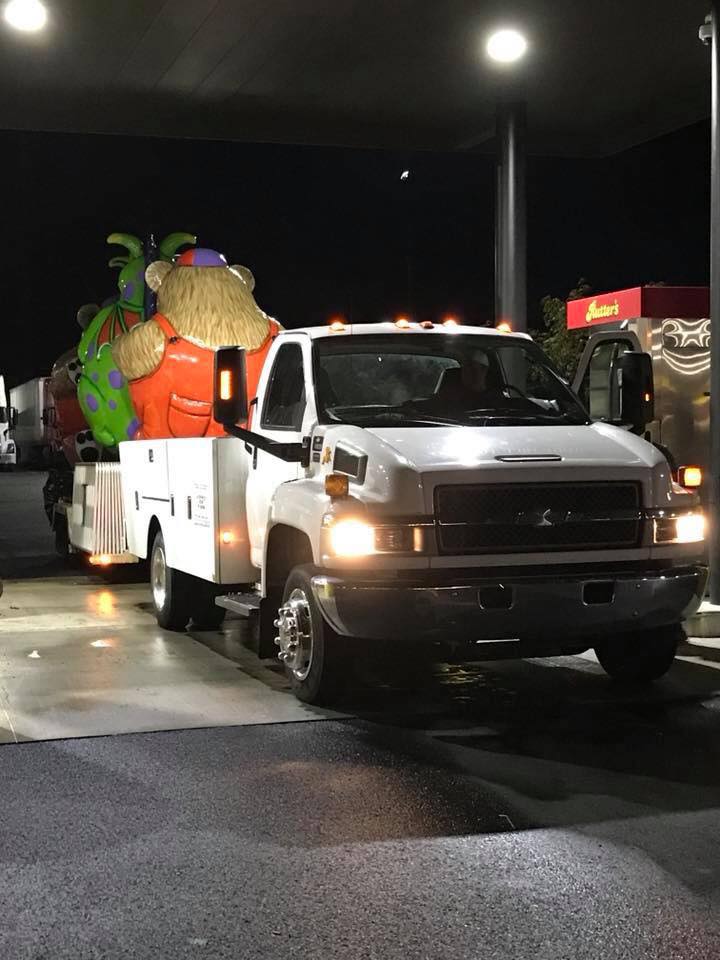 UPDATE Police have found the truck. According to Tons of Fun, it was found abandoned. No word on where it was found. the Police are still investigating.

On Wednesday, June 26th, a Tons of Fun company car was stolen in Temple. The truck, a white C4500 series Chevy utility tool truck, with Tons of fun graphic logo on the hood and on the doors, was last seen parked at the Temple Fire Company’s annual Carnival.

Tons of Fun, an amusement and company based out of Douglassville, Pennsylvania, uses the truck to repair on-site equipment. “It was taken sometime last night after we closed at 10pm” explained a Tons of Fun representative. “We have it on site for all our shows because it has tools to fix rides.”

The public is asked to contact the Muhlenburg Police Department with any information. Phone (610) 929-5454.