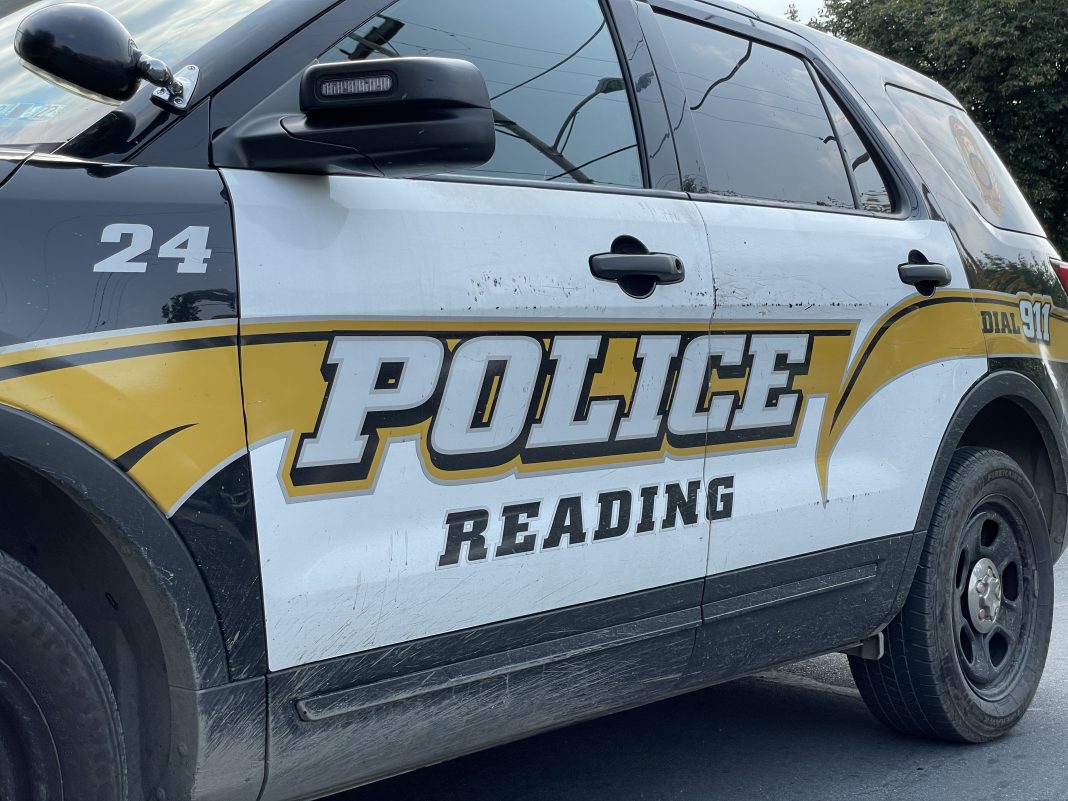 A motorcyclist in Reading was seriously injured Monday afternoon following a collision with a police cruiser. The incident happened as police were in pursuit of a separate motorcycle through Southeast Reading.

According to a preliminary investigation conducted by Pennsylvania State Police, at approximately 5:25pm, two Reading police officers operating a marked patrol vehicle were attempting to stop a white motorcycle that was occupied by two males.

The motorcycle police were pursuing was traveling north on Wunder Street and crossed the intersection with Cotton Street, with the patrol vehicle following.

At this time, State Police say a separate motorcycle, operated by a 46 year-old Reading man, was traveling westbound on Cotton Street and struck the front passenger area of the Reading City patrol vehicle, within the intersection.

It’s important to note that the intersection of Cotton and Wunder street does not have a stop sign for traffic on Cotton Street, only for traffic traveling North on Wunder, which is a one way street.

The motorcyclist involved in the crash sustained serious injuries and was transported to Reading Hospital for treatment, and as of Tuesday, he is in stable condition. Officers in the patrol vehicle were not injured in the collision.

The incident is currently under investigation by the State Police Reading Station; anyone with information is requested to contact the on-duty supervisor at 610-378-4011 reference case number PA22-1043976.