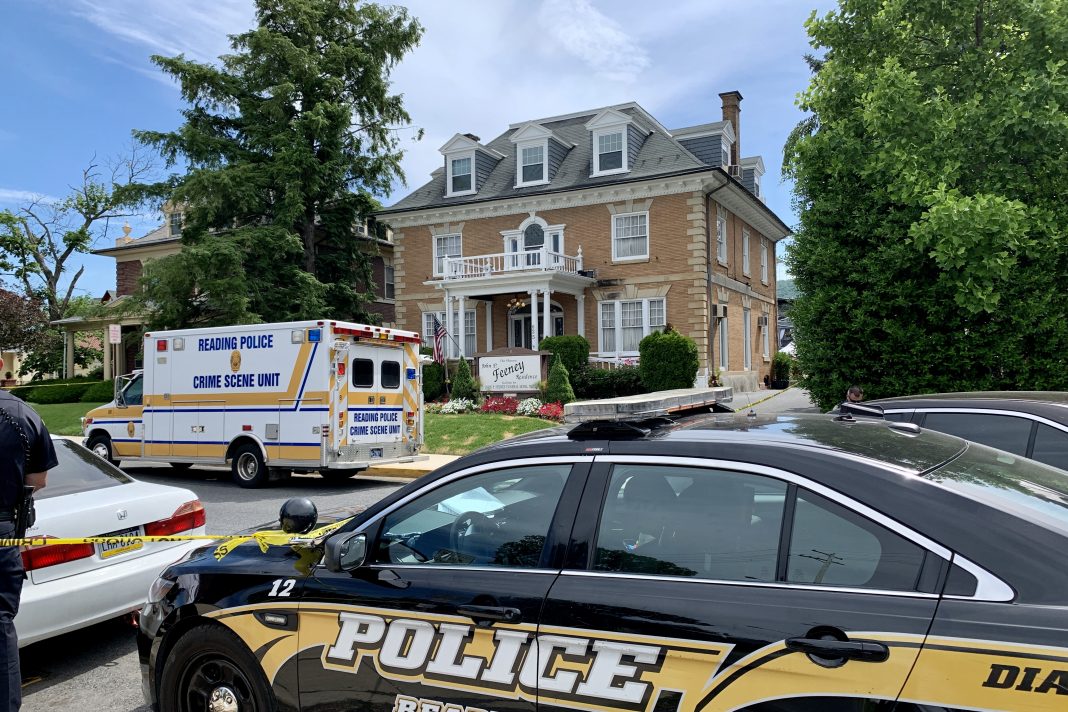 6/20/20 – In a social media post, Feeney Funeral Home Thanks local police and offers a $3,000 reward for information leading to the arrest and conviction of the burglar.

“We are extremely grateful to the City of Reading Police Department and the PA State Police Tactical Response Team for their swift and professional response to the attempted art heist at our facility. Their actions prevented the loss of our art collection, which was the primary target. The area where the deceased are kept was not violated. Most importantly, we cannot emphasize enough how immensely thankful we are the officer who was shot at was not harmed. Things can be replaced…a life cannot. We are offering a $3,000 reward for information leading to the arrest and conviction of this vermin.”

6/17/20 – 5:30pm – Police have released security camera footage of the burglary suspect who fired at police officers. Investigators describe him as wearing a t-shirt which appears to have a Canadian maple leaf on the chest in addition to some writing above the maple leaf. His jeans have multiple horizontal tears on the legs.

6/17/20 – 2:34pm – Reading Police Department officers were dispatched for a burglar alarm activation at the Feeney Funeral Home located in the 600 block of North 4th Street on Wednesday, June 17, 2020 at approximately 1:46am.

Feeney Funeral Home states the motive for the burglary was to steal a collection of art located in the building.

According to police, while investigating the alarm an unknown male suspect was located inside the business. The man pointed a firearm at an investigating officer firing one shot at him.

Reading Police say the officer was not struck by the gunfire and did not return fire.

Additional officers responded to the scene and established a perimeter around the funeral home as it was unknown whether the suspect fled from the location or was barricaded inside.

Following operations conducted by State Police SERT, it was determined the suspect had fled from the location during the police response.

With the investigation is ongoing, Police say additional information will be released to the public as it comes available.

6/17/20 – 9:30am – Reading Police have the area of North 4th and Oley streets blocked off. At this time officials are not releasing any information. We will update with information when it is available. 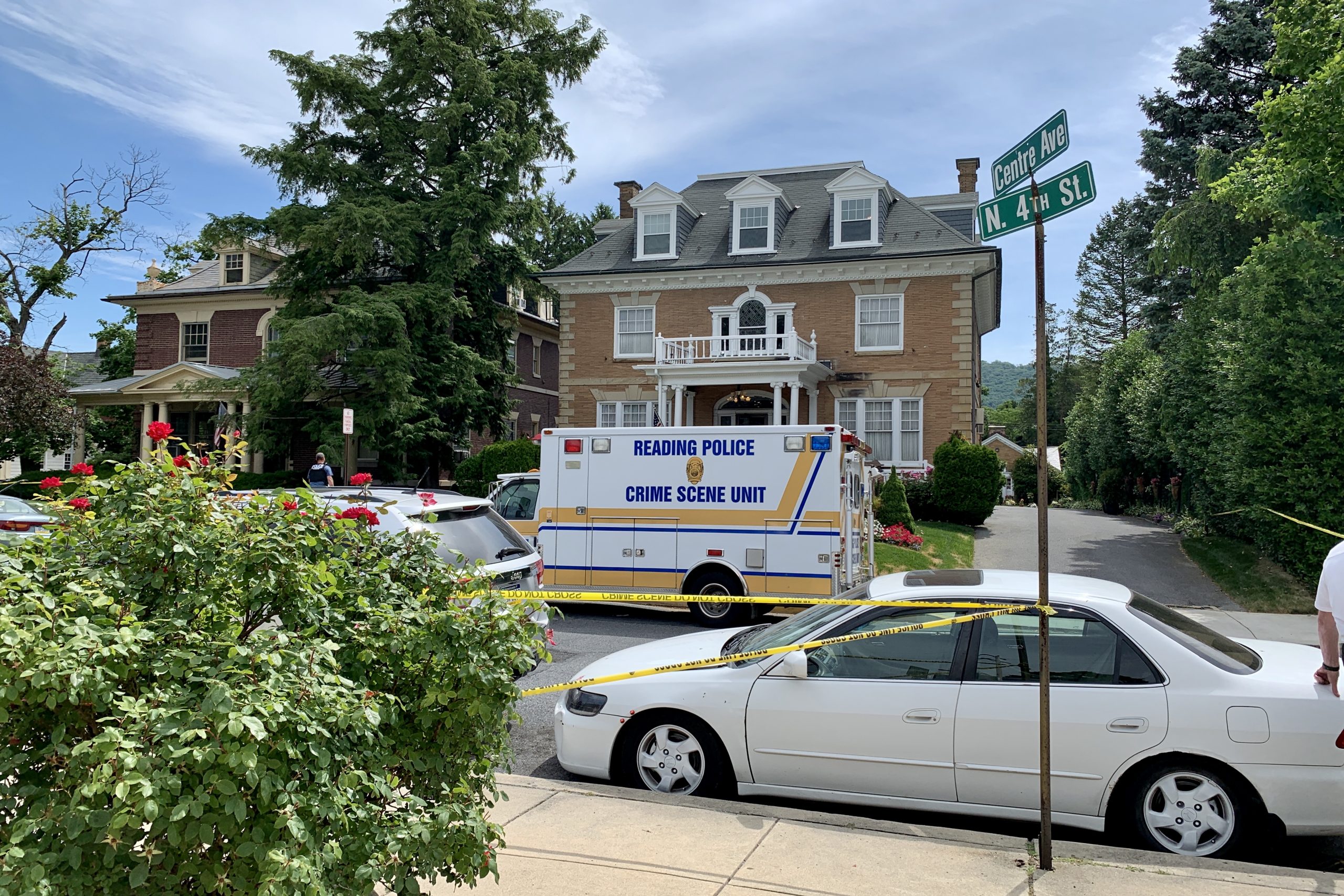