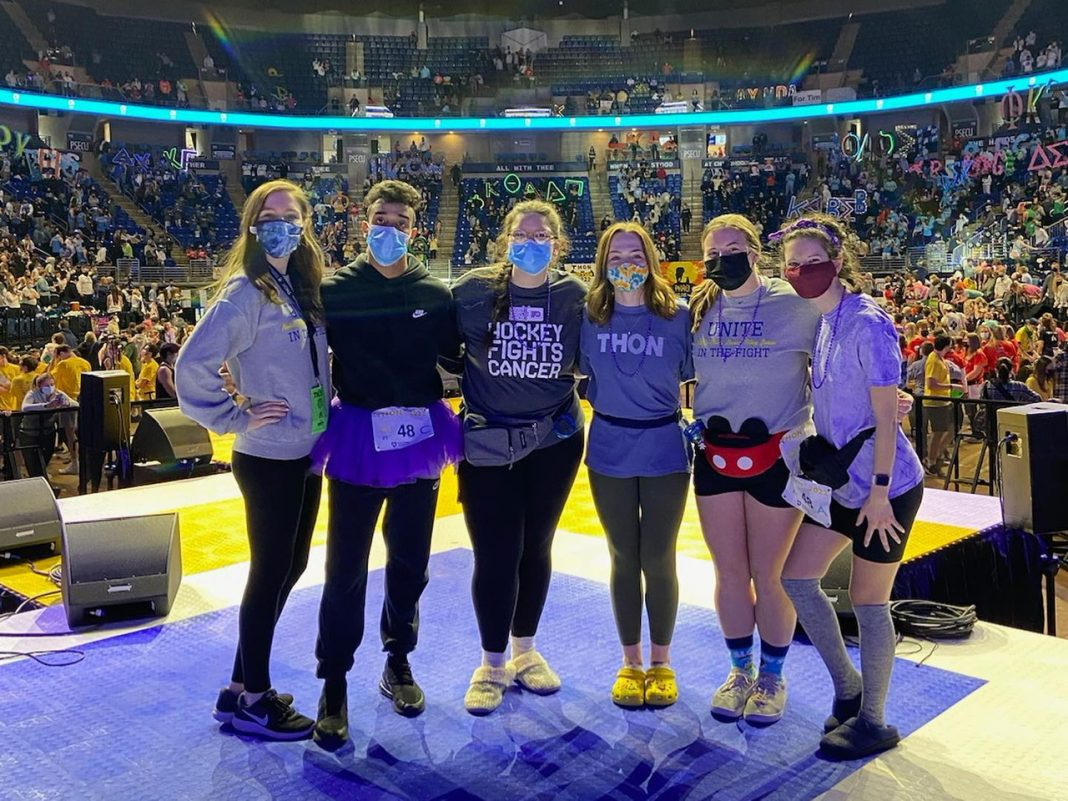 Penn State Berks dancers and their supporters were excited to participate in THON in the Bryce Jordan Center this year, after last year’s coronavirus pandemic precautions. Their enthusiasm was evident through their fundraising: Berks benefitting THON raised $36,980, beating last year’s total of $36,359, and earning the fifth spot among Penn State commonwealth campuses.

According to Alexa Wojciechowski, co-adviser to THON along with Aubrey Edwards and Brooke Burkey, “The students had numerous events throughout the year including the Berks benefitting THON 5K run and one-mile walk, Cuts for Kids held each semester by Studio West Hair Salon, and various fundraisers with local restaurants including Sweet Ride Ice Cream, Anthony’s Coal Fired Pizza, Panera Bread, and others.”

The Penn State Berks Alumni Society also presents a check to the group each year during the dancer send-off event.

Wojciechowski states, “We honored Craig Poole, president of DoubleTree by Hilton Reading this year as our Lead Believer Award recipient. Mr. Poole has been a great partner in our mission to raise funds and awareness for THON over the years.”

She continues, “Time and again the Berks community has been an incredible ally in our fight against pediatric cancer through attending events and making generous donations. The Egner Group – RE/MAX of Reading is a loyal donor: they annually donate between $1,500 and $2,000. We appreciate their generosity and support in the fight.”