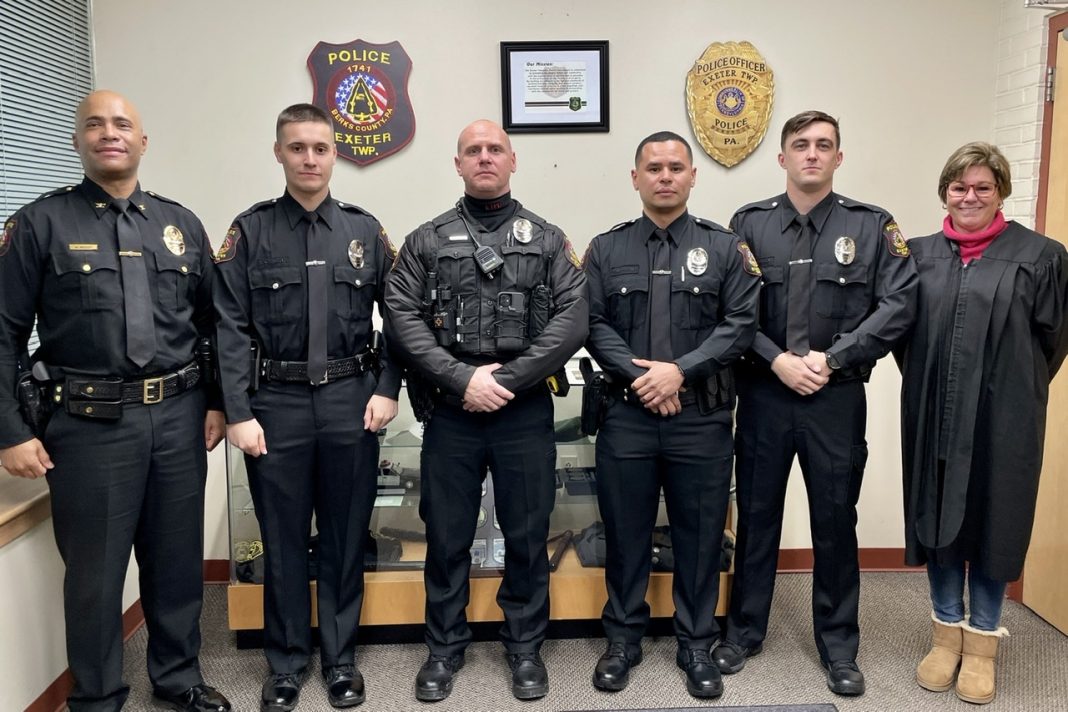 Three new police officers were sworn into the ranks of the Exeter Township Police Department Monday evening during the Board of Supervisors Meeting. Magisterial District Judge Sandra L. Fegley administered the oath to each officer.

Officers Ryan Kardoley, Eyner Martinez and Christian Butz are new to the field of police work and have recently graduated from the police academy.

In addition, Officer Steven Berardi was also recognized at the meeting for recently joining the department. A veteran of the Philadelphia Police Department, Berardi has already started working with the Exeter Township Police Department. 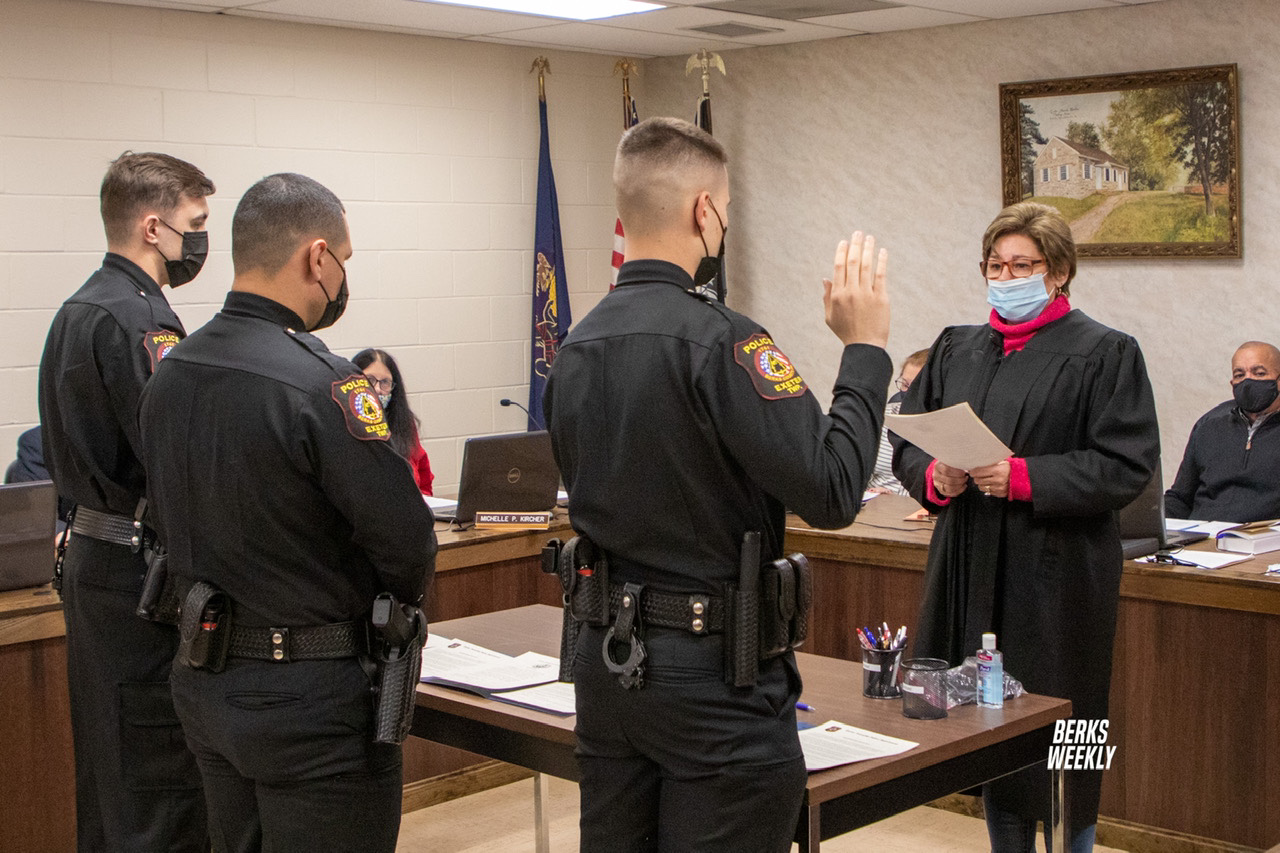 “In all, over 200 applications were received for only a few positions. Seemingly, the ETPD has not been affected by staffing shortages or the lack of applicants that have been recently reported in the field of law enforcement” said Sergeant Sean Fullerton of the Exeter Township Police Department.