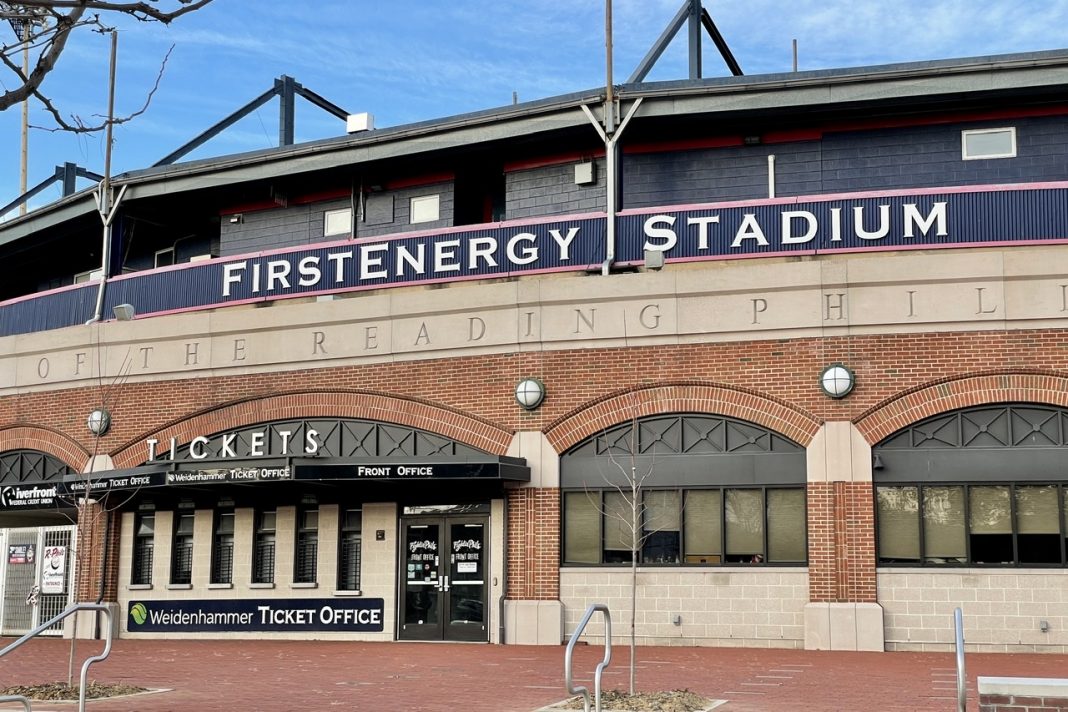 Governor Tom Wolf has approved more than $54.5 million to support 16 community, economic development, and revitalization projects throughout Pennsylvania, including $7.5 million for FirstEnergy Stadium renovations. funding was supported through the Redevelopment Assistance Capital Program.

In December of 2020, Major League Baseball contracted and consolidated its affiliations with minor league baseball franchises. Reading was offered a license, which maintained its affiliation with the Philadelphia Phillies MLB franchise. As part of the new Minor League Baseball license agreements, improvements made to stadium facilities at all minor league baseball venues within the next two years.

Improvements needed at FirstEnergy Stadium include, among other things, the construction of home and away team clubhouses and new player practice and training facilities.

Sen. Judy Schwank (D-11th district), Rep. Mark Rozzi (D-126th) and Rep. Manny Guzman (D-127th) have applauded the funding by Governor Wolf and the Pennsylvania Office of the Budget in support of the renovations.

“Losing the Reading Fightin Phils was never an option and keeping the team in Reading has been one of my top economic development priorities,” Schwank said. “Officials from the state, county and local level were all on the same page and acted quickly and with urgency to find funding. We really worked together, and across party lines, to get this done. The R-Phils have a storied history in Berks County as the longest-running minor league affiliate in professional baseball. People who grew up going to games now take their own kids to the ballpark. We would have lost a piece of our heritage, our identity as a community and sustained a significant hit to our regional economy. I’m deeply grateful to Gov. Wolf for understanding this team’s role as a crucial driver of economic activity and a source of community identity. Team Owner Craig Stein, General Manager Scott Hunsicker the entire R-Phils staff deserve a lot of credit for working tirelessly to ensure that baseball town continues to have a hometown team.”

Funding is expected to be used to construct a three-story structure at FirstEnergy Stadium for the home and visiting clubhouses, women’s locker room, batting tunnels, weight room, team laundry, equipment storage, an indoor event space and other enhancements.

“My priority has always been to protect the legacy and tradition of the Reading Phillies,” Rozzi said. “I am proud to bring home the funding necessary to support our mission of preserving FirstEnergy Stadium as the premier minor league ballpark in the country. It is my honor to keep one of the greatest organizations, the Fightin Phils, right where it belongs, here in Reading.”

Guzman added, “Like the pinstripes on their jerseys, the Reading Phillies are stitched into the fabric of our community. Generations of families have made it a tradition to visit this historic ballpark and root for their home team. I am so grateful this tradition and the memories that come with it will remain steadfast here in Reading.”

Funding from the state is in conjunction with dollars put forward by Fightin Phils ownership and funding promised by the County of Berks and the City of Reading. Addition details about the plans for the stadium renovations is expected to be made public in the coming weeks.

Woman found dead in Shillington home being investigated as homicide