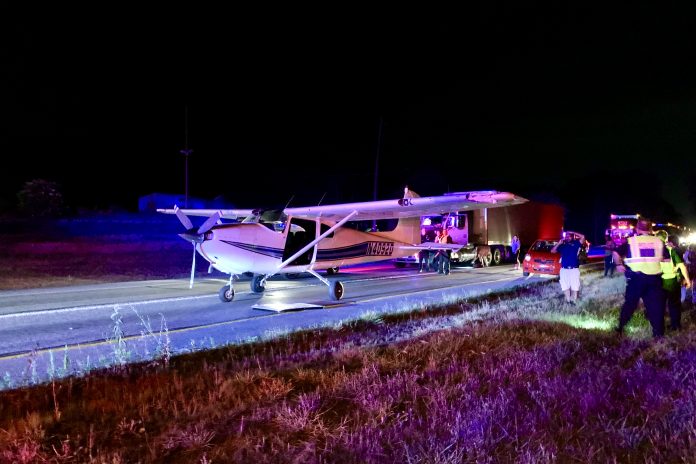 A plane made an emergency landing on 422 West in Exeter Township late Monday night, causing the abrupt closure of the highway. No injuries were reported.

According to Police on scene, the Cessna had engine failure, which caused the pilot to set the plane down in the middle of the highway.

The plane landed at approximately 9:21pm and came to a stop just before Daniel Boone Road. 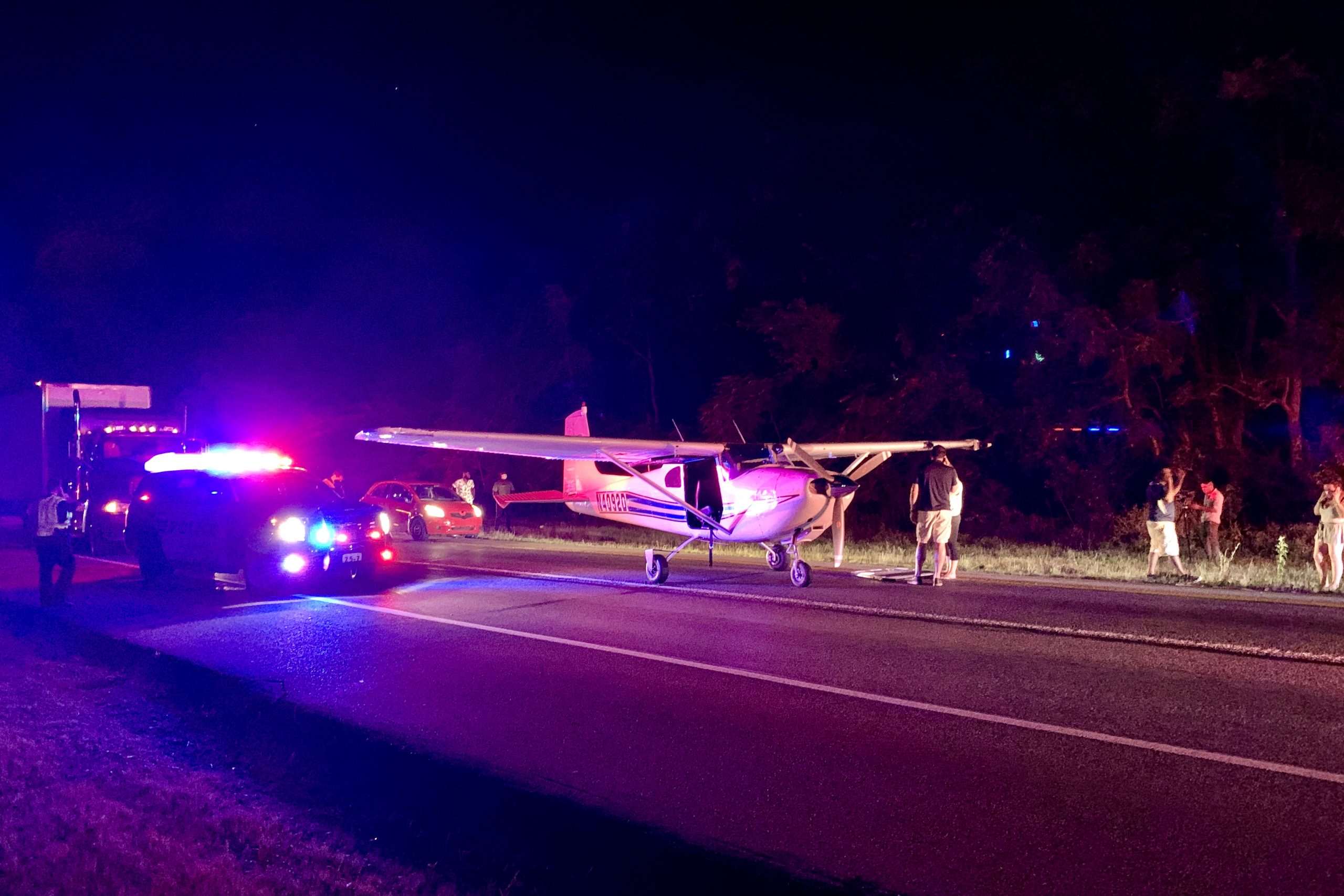 One car made contact with the plane as it landed, sustaining damage to the rear windows and quarter panel.

Shortly after, the plane was pushed by hand off the highway so 422 could reopen.

Additional details will be posted when available.