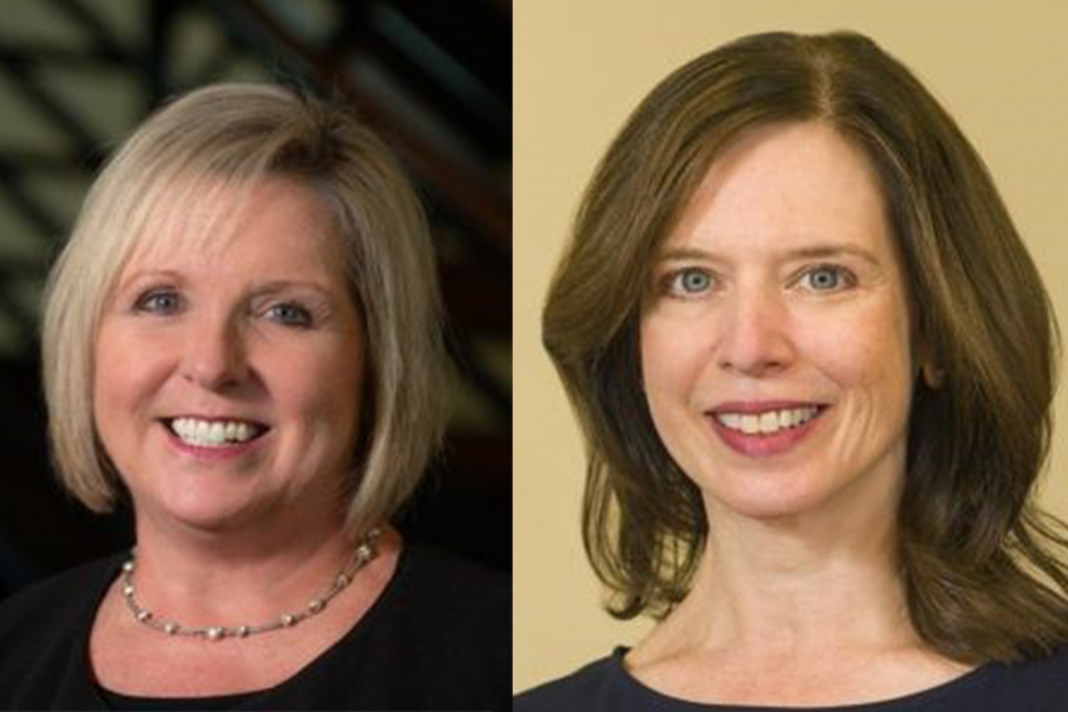 Berks County Community Foundation has announced the promotion of two executives to new positions within the organization. Frances A. Aitken was named Chief Operating Officer and Heidi A. Williamson has been named Senior Vice President for Programs and Initiatives.

Aitken joined the Community Foundation as an employee in 1997 and has been serving as Senior Vice President for Finance and Operations. Aitken is a graduate of Widener University and is a Certified Public Accountant. Aitken will oversee the operating functions of the Community Foundation including its asset development and financial management efforts.

Heidi A. Williamson was named Senior Vice President for Programs and Initiatives. She had previously been vice president. Williamson joined the Community Foundation in 2001. She is a graduate of Kutztown University and holds a Master’s degree from Seton Hall University. In her new role, she will continue to oversee the foundation’s grant making programs and an expanded staff of professionals.

“Berks County Community Foundation is undergoing an extended period of rapid growth both in the assets we manage and in the expectations the community has for us,” said Kevin K. Murphy, President of the Community Foundation in making the announcement. “These changes are part of a long-term plan to assure our ability to continue to serve the community in even bigger ways.”