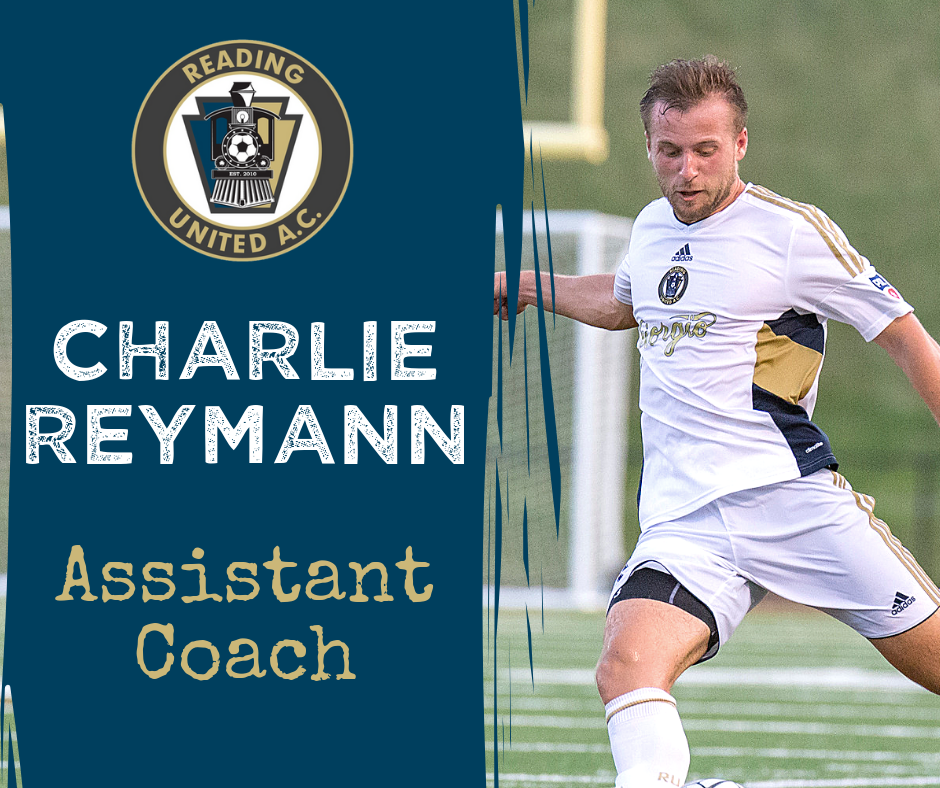 Reading United has announced Charlie Reymann as their second assistant coach, joining reigning USL League Two Coach of the Year, Alan McCann, and assistant Coach Shane Keely on the bench for the 2019 season.

Reymann formerly played for Reading United during a 2016 season that saw the squad advance to the Eastern Conference Final. During his twelve starts, he played over 1,000 minutes, scoring one goal with two assists.

Charlie is currently a member of the coaching staff at Case Western Reserve University, helping to guide a team that finished 16-4-2 and made a run to the NCAA Division III Elite 8. The Spartan’s coaching staff earned postseason awards, receiving both UAA Staff of the Year honors, along with DIII Great Lakes Regional Staff of the Year.

“I’d like to thank Reading United for the opportunity to be a part of such a great club with a great tradition of success,” Reymann said. “I’m really excited to start working with Alan, Shane, and the rest of the organization to continue what they accomplished last year. I am looking forward to the summer and getting things started.”

After his time with Reading as a player, Charlie was signed by USL Championship side Bethlehem Steel, where he made nine appearances during the 2017 season under former United head coach Brendan Burke. During this time, he also served as an assistant coach for the men’s soccer team at Haverford College, a squad that reached as high as No. 8 in the DIII United Soccer Coaches Poll.

Reymann played his college soccer at the University of Kentucky, where he made 77 starts in 80 career games. He made waves during his season season, as the left back notched ten assists to lead the team and finish among the Division I leaders.

Reymann adds to a talented coaching staff, which saw Reading United rise to new heights during the 2018 season. For the first time in club history, the club reached the PDL Championship, hosted at Wilson’s Gurski Stadium in August. Seven players from this past year’s squad were either drafted to play professionally, or have signed with professional clubs for the 2019 season.

“We are very excited to have Charlie coming on board as part of the coaching staff,” stated Head Coach Alan McCann. “Having played for the club in 2016 and then moving on to sign as a professional with Bethlehem Steel, Charlie can provide a very unique insight which will help guide our incoming players throughout their careers.”