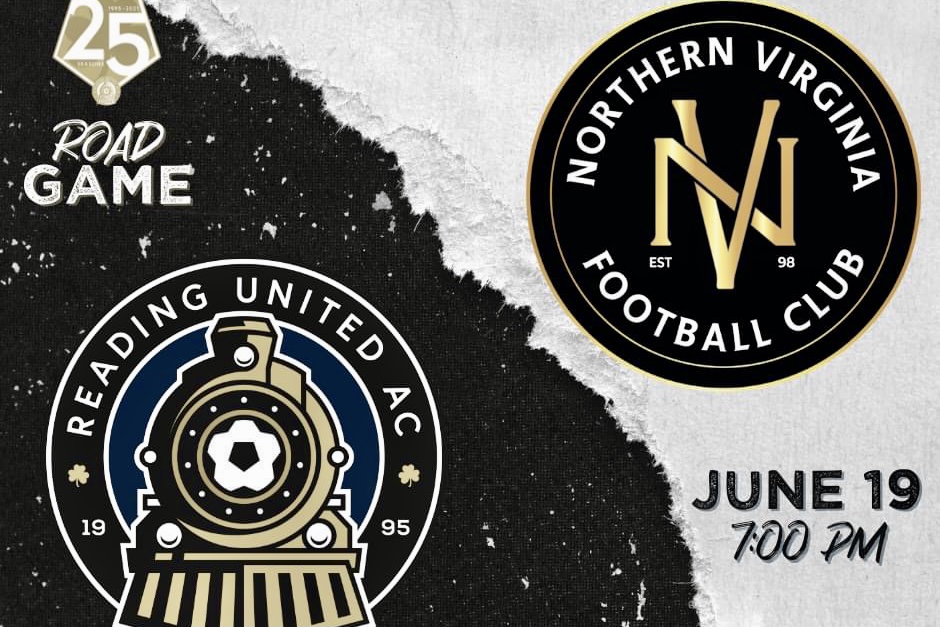 A late goal by Andrea DiSomma in the 89th minute broke a 1-1 stalemate in Reading United’s 2-1 victory over Northern Virginia on Saturday evening. After a 0-0 first half, a frantic finish gave Reading their second victory of the season, and avenging their first-ever loss to the home side earlier in the season.

A scoreless first half saw a scrappy bit of play from both sides. Quantrell Jones made his first start in net this season for Reading, and the gamble paid off as he made a fantastic save that kept things deadlocked after 45 minutes.

Reading’s tenacity paid dividends early in the second half, as Ryan Becher got his noggin onto a free kick opportunity from the foot of Marcus Brenes, putting United up 1-0 in the 52nd minute.

After some dodgy and physical bits of play from a Northern Virginia side, including a goal called back for offside, the home side pulled level late in the 81st minute. A scrap in the box led to a Martin Ngoh goal to level things at 1-1.

DiSomma put Reading on top for good with another opportunity deep in Northern Virginia territory in the 89th, putting it past the keeper for the 2-1 final.

Quantrell Jones made seven saves for the victory in his first start of the 2021 season. Reading was outshot 16-9 on the day and out-cornered 10-4, but made it count with timely stops and a bend-don’t-break defense.

Reading continues their road trip with the final game as a visiting side on Wednesday, June 23rd against division-leading West Chester United. Kickoff is at 7pm at Kildare’s Field in West Chester. The game will be able to be viewed at readingunitedac.com/live.

United return home for a four-game homestand to polish off their 2021 campaign beginning June 26th. Throwback Night is the name of the game, as Reading celebrates 25 seasons of soccer in Berks County. Kickoff against Real Central New Jersey is at 7pm.