Reading United Picks up a Point In Ocean City 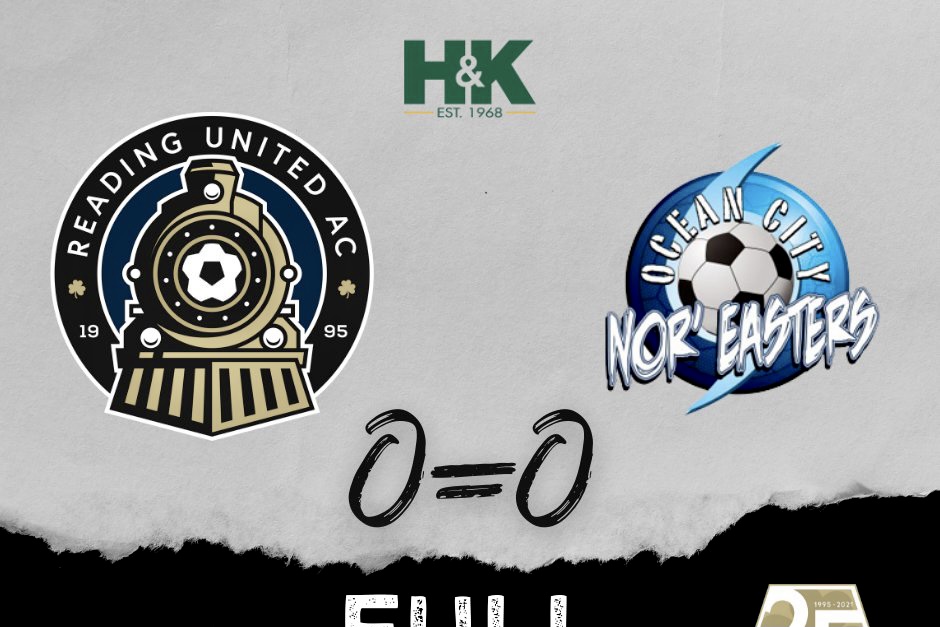 It wasn’t always pretty, but a point is a point. And a worthy point against former Reading United gaffer Alan McCann and the high-octane Ocean City Nor’easters.

For the first time since 2004, Reading and Ocean City played to a scoreless draw. With the draw, Reading United moved to 1-3-1 on the season, while Ocean City dropped their first points en route to a 3-0-1 record.

Reading held court for the better part of the first half, creating both of their best opportunities on the evening. The first came in the 14th minute of play, where a Seth Kuhn free kick from 30 yards out had eyes through traffic and surprised Lyam MacKinnon, who punched it wide of the frame.

MacKinnon had another opportunity 16 minutes later as he snuck up behind a Nor’easter defender and picked their pockets. MacKinnon’s turn left him one on one with former United keeper Jahmali Waite, and the Villanova product put it wide left again.

Ocean City kept up some solid rounds of pressure, but the Reading defense refused to relent in their second straight shutout. Few attempts even got through to Carson Williams, who only needed to make a few well-positioned saves for his first shutout in a Reading kit. One came in the 31st minute and the next notable shot on frame came all the way into the 86th.

What made it even more impressive was the fact that it came against a Nor’easter offense that seemed unstoppable and could score in bunches to begin this season – with 7-0 and 3-0 wins under their belt in their first two games.

These two teams will meet again in Reading on Tuesday, July 6th at a location still to be determined.

Reading has a short turnaround before another trip down the PA Turnpike on Saturday evening, as United will face off against Philadelphia Lone Star for the second of three meetings between the two clubs this year. Kickoff scheduled for 7:00pm at the South Philadelphia Super Site.