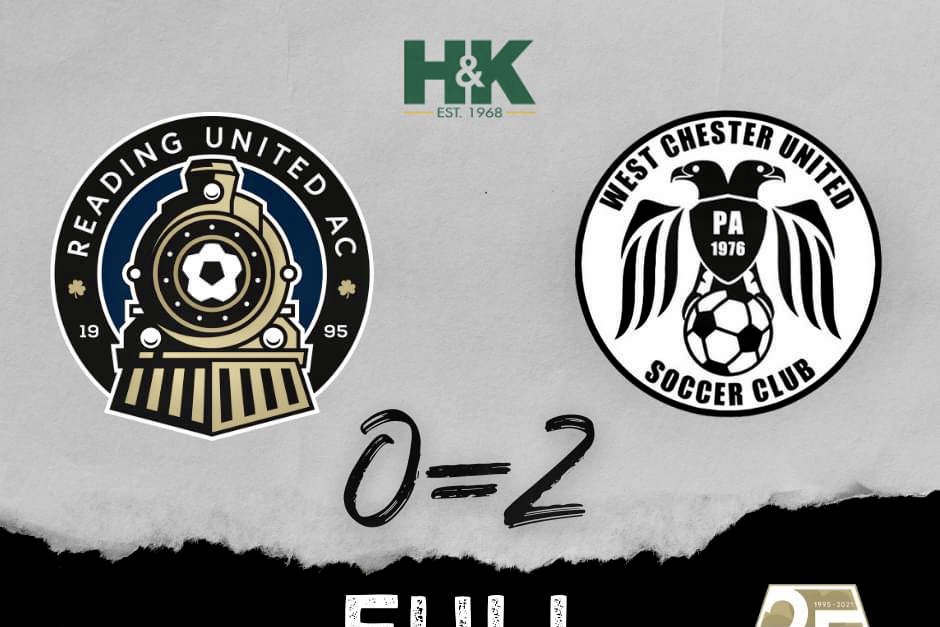 For the second straight game, Reading United made mistakes deep in their own end and were punished in bunches – this time against West Chester United on the road in a 2-0 loss. With the loss, Reading fell to 0-2 on the season, while West Chester got to stake their claim as tops in the Mid Atlantic Division at 2-0-1.

West Chester got on the board in the fifth minute off of a turnover just 25 yards from goal. The slow rolling pass was picked off by Boyertown grad and Gilbertsville, Pa. native Leon Maric, and marched right on goal. The one-on-one battle with Carson Williams went to West Chester for the 1-0 advantage.

West Chester doubled their lead just two minutes later, as a poor pass from the backline was intercepted just ahead of midfield. Three passes later down the heart of the Reading defense led to an easy goal for former midfielder Troy Amspacher in front of net for the 2-0 edge.

That lead held for the remainder of the game, as West Chester’s best chances came early and Reading’s came a bit too late.

Reading jumps off the road and back onto friendly turf for their home opener on Friday evening against Northern Virginia FC. Gates open at 6pm for the 7pm kickoff against the former Evergreen FC. It will be Youth Night at the stadium, as all youth soccer players wearing their jerseys will enter for free. Multiple community partners will also be on hand to help celebrate the evening. Tickets are only $5 online at readingunitedac.com/tickets or season tickets are available for only $25 at the same link.