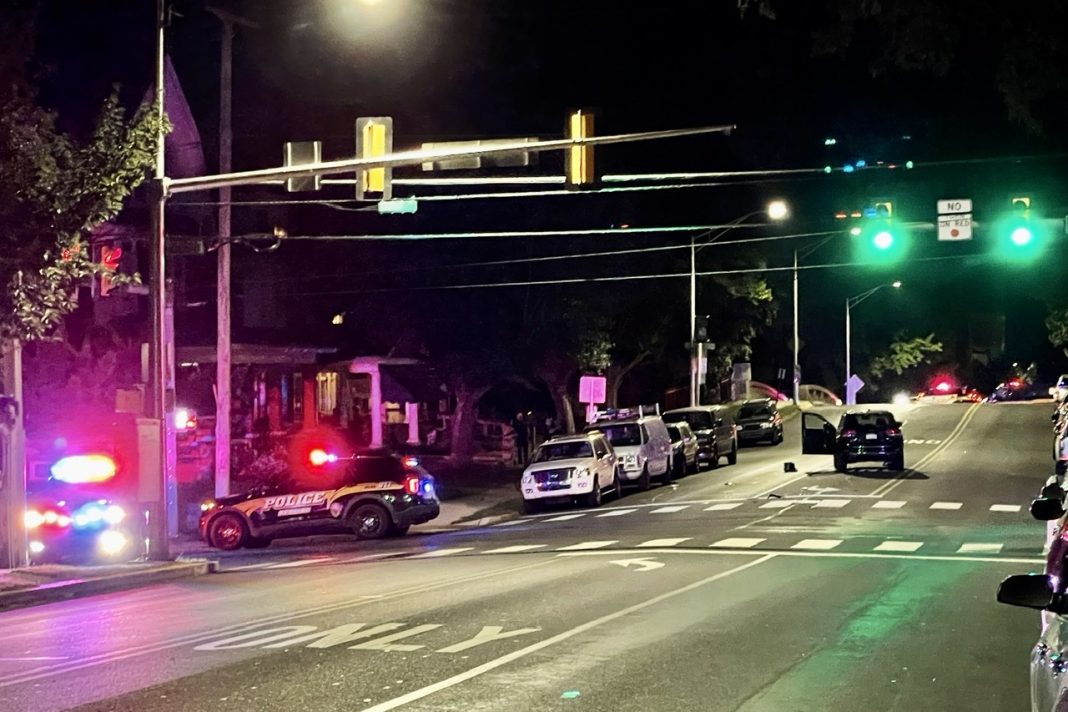 First responders were dispatched to the intersection at 11:55pm for a crash involving a motorcycle, initially reported to be one person possibly pinned under a vehicle.

Arriving on-scene, crews found a moped and two people with severe injuries. Both were transported to Reading Hospital.

According to a preliminary investigation conducted by Reading Police, the driver of the SUV had the green light when traveling through the intersection.

Police have not released any further details.