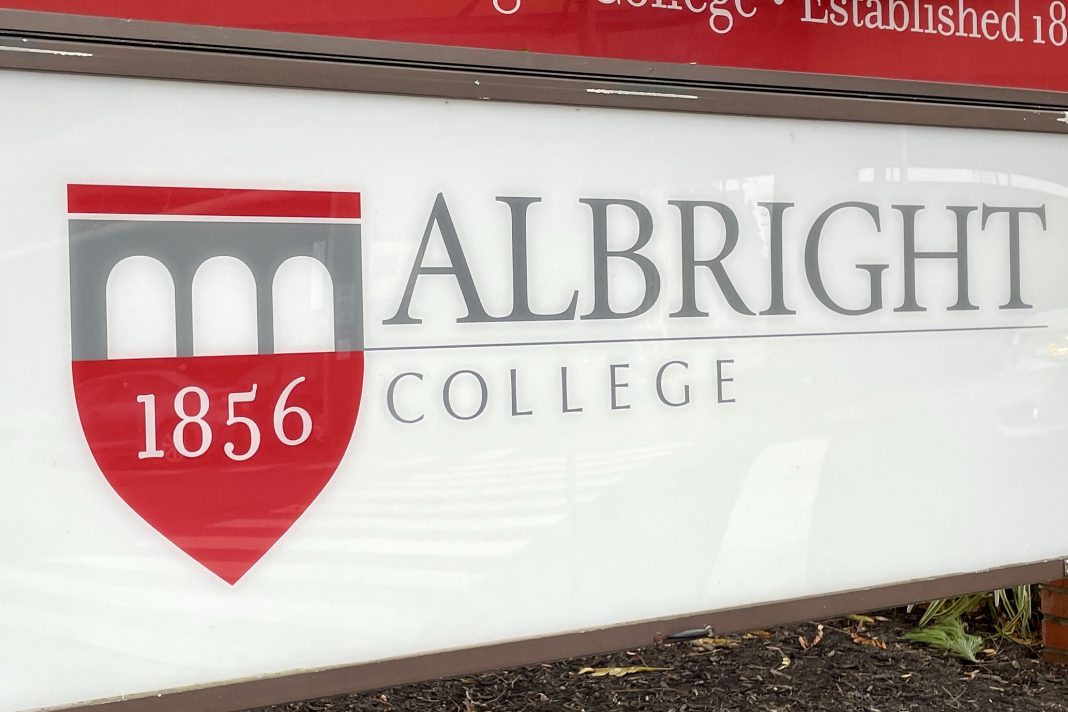 “The world breaks everyone and afterward many are strong at the broken places.” – Ernest Hemingway

Kintsugi is the Japanese art of repairing broken pottery with gold lacquer. Rather than hide the cracks and flaws of the pottery, Kintsugi embraces them, makes them beautiful. Kintsugi is the art of celebrating imperfections and improvement. It was Albright College student Jada Weedon who first made the connection. The disruptions that she and her classmates experienced due to the COVID-19 pandemic left them looking for ways to “keep it together,” and they wanted to highlight that.

Albright’s Domino Players theater company was planning to premiere a student-made show last fall, but circumstances made that impossible. “Kintsugi: A Pandemic Project,” a series of student-conceived, motion-based mini performances named after Weedon’s idea, opened Thursday night in Albright’s Wachovia Theater. The eight pieces, all directed by students, had occasional moments of brilliance but failed to live up to the show’s thoughtful concept.

“Kintsugi” opened with the balletic “Recollection,” directed by Makenzie Mettler. “Recollection” consisted of interpretive dance retellings of the cast members’ personal memories. The choreography of these memories was abstract, open to interpretation, like the Rothkoesque projected backdrops.

Everyone in “Kintsugi” is reaching for something – freedom, justice, stability, meaning. But this “reaching” gesture gets old when pretty much every student director is putting it in their choreography. Freshman Ben Galosi was a standout, having the most commitment to his role and the most command of his motions.

“Into the Light,” directed by Zachary Chan, detailed the history of racism against Asian people in the United States. A voiceover listed a litany of hateful acts from the Chinese Exclusion Act to the Atlanta massage parlor shootings in March, but the movement on stage did not have much relevance to these tragedies.

“In Media Res,” directed by Zha’lyn Reese, was the only sketch of the night that had spoken dialogue. It was also one of the best. It portrayed a young woman looking into the great conflicts of literature and myth to find an answer for the troubles she is going through. “All of these people were stuck in homes,” she says.

This sketch allows the acting talent of the Domino Players to shine through, and has the most philosophical food for thought.

“Awareness,” directed by Ebony Hicks, highlights many of Kintsugi’s biggest problems. Its unmemorable choreography takes place in front of a projected background with words like “community” and “injustice” printed on it one by one. Not only does this design look like a mid-2000s high school yearbook, it throws these words at us without having anything to say about them.

Kadeem Preston’s “Building a Pyramid” lacks a real conflict, but it has by far the most creative use of “Kintsugi”’s austere scenery, using upturned benches to create the look of a ruined temple in an Egyptian desert valley.

Jada Weedon’s “Transference” was inspired by her years of work in children’s theater. Over the last year, she observed that the “adult” problems of 2020 were their problems, too. They were also observing the heartache going on in the world. Once again, this is a great concept; children, especially ones from disadvantaged backgrounds, grow up faster than we sometimes hope, and they’re more perceptive than we sometimes assume. The choreography is interesting, too.

We see a group of children at play, until one by one we see them withdraw until only one is left. All the while the reasons why these children are unhappy (“mental health,” body image,” etc.) are projected on the screen upstage from them. “Kintsugi” would be better if the student directors showed the audience the problems its characters had, instead of literally spelling it out for them. This is why “In Media Res” was the best sketch of the night. In one brilliant moment, labeled “police brutality,” a Black child turns and raises his hands to unseen people. We never find out his true fate. Moments like this are few and far between in Kintsugi.

The final scene was “Blossom and Bloom,” directed by Austin Shapiro. The symbolism (flowers=peace) was too obvious and the story was too simple. The scene’s final image (and thus the final image of the play) was a forlorn girl on a bench handing out flowers, reminiscent of Charlie Chaplin’s “City Lights.” To me, this fleeting, final moment of beauty was a symbol of “Kintsugi”’s unmet potential.

Performances of “Kintsugi: A Pandemic Project” will be held at Albright College’s Wachovia Theater on September 17 and 18 at 8 p.m. and September 19 at 2 p.m.