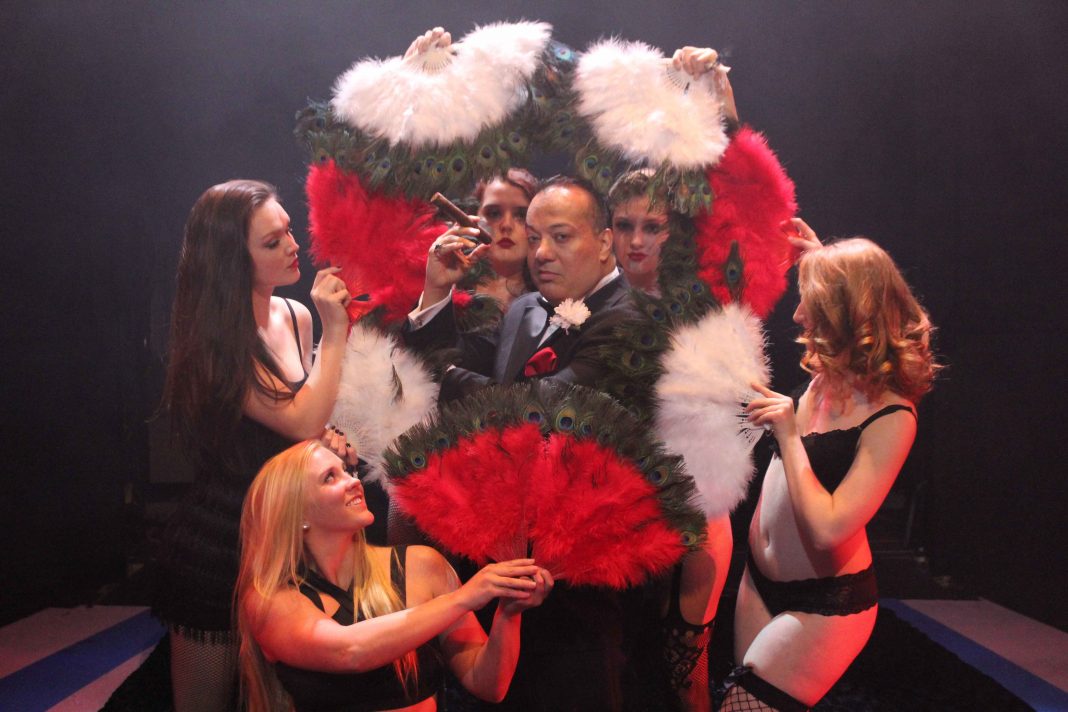 Be transported to the 1920s and witness the story of two beautiful and murderous women vying for fame and fortune from their prison cell and in the courtroom as Genesius Theatre brings the Tony Award-winning Chicago, also an Academy Award-winning motion picture, to the stage August 9 through 18, 2019.

The revival of the 1975 production directed by Bob Fosse is the second longest-running stage show in Broadway history for a reason, and song, and especially dance, are stars in the show.

“Chicago is probably the most involved dance show on Broadway, maybe ever. It’s certainly the most iconic” says Choreographer Jericho Joy, who started dancing at age 12 at the Community School of Music and the Arts, then located at 4th & Douglass streets in Reading. “In most musicals, dance sort of pops up every once in a while, but in Chicago the entire show moves – every scene, every transition; it undulates. This really is a choreographer’s dream, the whole show is movement start to finish, and it’s all very stylized, and it goes from campy and fun to glamorous and sexy; it tells the whole story.”

The Genesius Theatre production, under the direction of L J Fecho, and musical direction of Christopher Sperat (also playing Amos Hart), comes to life with set design and lighting by Zack Spadaccia, who joined the theatre company in 2017 and has since worked on more than 10 productions. “Attendees to Chicago can expect the feel of 1920s Vaudeville with a modern twist” says Spadaccia. “The set also includes hints of elements that were part of Tony Walton’s original scenic design for the show on Broadway in 1975.”

“Behind the music and dancing, Chicago is entirely driven by the lighting,” explains Spadaccia. “The lights help to sculpt the dancers and actors so that they individually stand out and stand apart. The lighting helps put the entire production into its own world. It also helps convey how characters are feeling. Are they happy? Are they sad? Is the world around them angry? All of this aids in moving the story forward in a unique way.”

Chicago is a sharp satirical production that centers on Roxie Hart, who murders a cheating lover and then convinces her unknowing husband, Amos, to take the blame. That is until he discovers he’s been duped and turns on her. Roxie is convicted of the crime and is sentenced to Death Row. It’s there that she meets spotlight-seeking fellow murderess Velma Kelly, and the two join in a quest for the American Dream: fame, fortune and freedom.

Bringing Roxie to life is Dara Himes. Velma is played by Jennifer Parker Scott. Rounding out the cast is Irving Gonzalez as Billy Flynn and Janine Barksdale as Mary Sunshine.

As the dry, sarcastic and naturally sexy Velma (portrayed on the big screen by Catherine Zeta Jones, who won an Academy Award for Supporting Actress), Parker Scott is no stranger to the stage, performing since the age of 4 on stages across Berks and beyond. “I love any role where I get to sing to the rafters, but also dance my butt off.” says Scott.

She does just that here, opening Chicago with the famously tone-setting “All That Jazz,” perhaps Velma’s most memorable moment.

Gonzalez, as Billy Flynn, has a notable number in his courtroom “Razzle Dazzle.” The actor, a graduate of the American Musical and Dramatic Academy in New York City is relishing his turn on stage as the suave charmer who can navigate the judicial system in his favor.

Himes, with Genesius for 10 years and acting for 23 and since the age of 5, says Roxie’s highlight is her memorable monologue. She describes the lead as “self-centered and making all the wrong decisions, but she is also trying to fulfill her dreams; she just goes about it in the wrong way.” Explains Himes, “If Chicago was set in 2019, Roxie would be a social media/reality TV sensation that had her 15 minutes of fame and is now fighting to stay relevant even if what she does is a detriment to herself.”

Audiences visiting Genesius to see Chicago be prepared to be wowed. “This show will be pristinely polished by the time we open on August 9th” says Joy. “Our audiences always expect a lot from our shows, and we never disappoint, but Chicago will be like nothing we have ever done before. Our set design is beautiful; our lighting and sound is the best around; our actors are so talented; our live orchestra will be right on the stage with the performers, and the dancers are going to blow you away!”