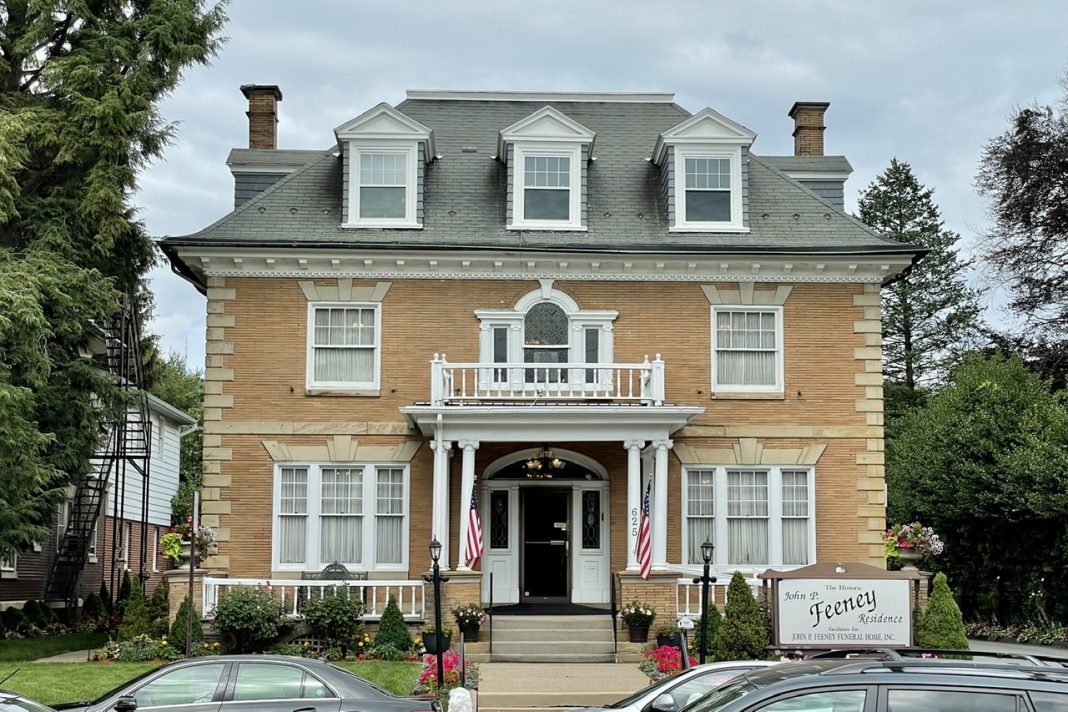 The Historic Feeney Mansion opened its doors and gardens to the public Saturday for its first summer open house and garden tour of the season.

The free event provided guests with music in the garden area by After All Band, food, refreshments, and a special butterfly release. Inside, guests were invited to tour the 28-room mansion and nine outdoor garden areas with more than 3,000 roses in bloom.

The historic Feeney Mansion also maintains General Gregg’s Triangle, which sits across the street from the main entrance and features the statue of Civil War hero General Gregg. 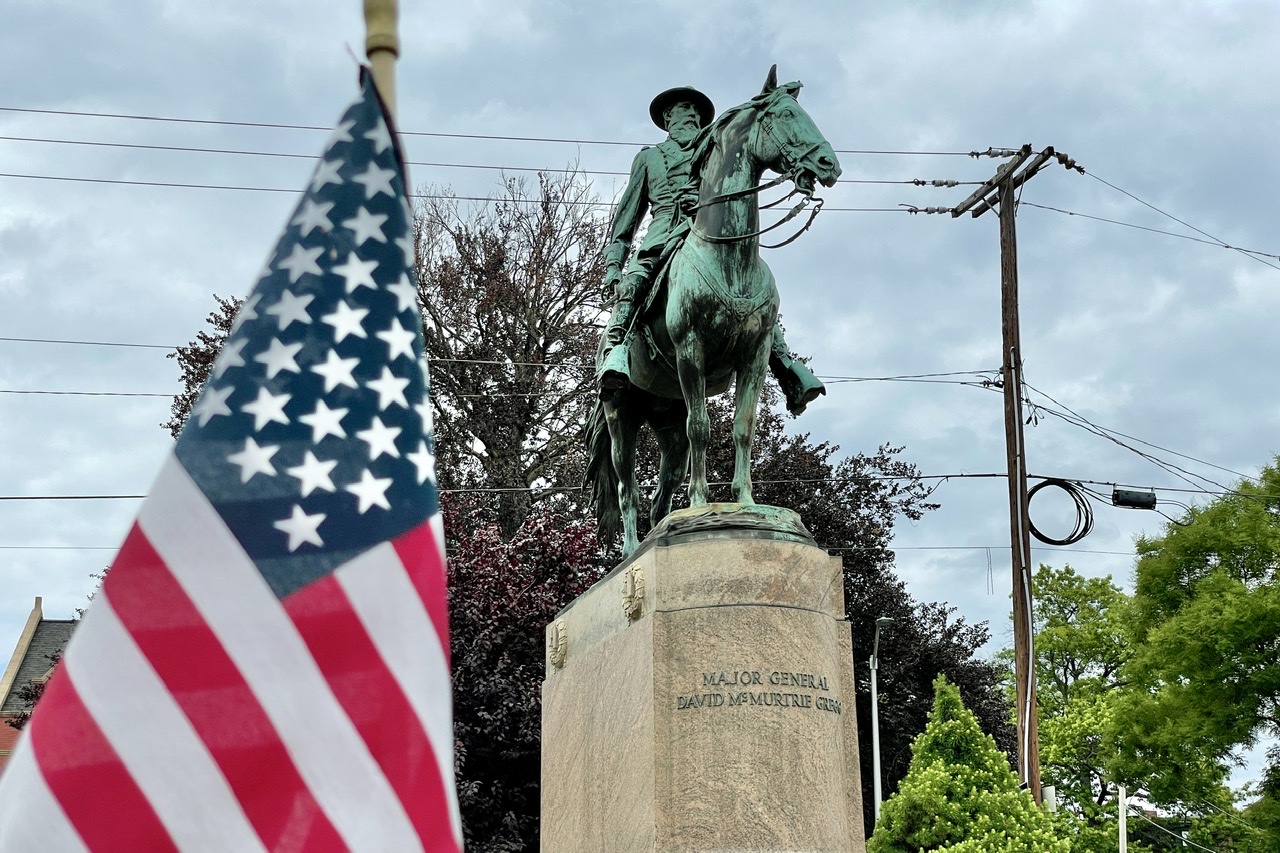 For more than 10 years, Feeney has cared for the grass, flowers, and signage at the historic landmark. In 2012, installing the flag pole and 35-star flag used during the Civil War era.

Built in 1902, the turn-of-the-20th-century Feeney mansion is a fine example of Georgian architecture. Originally the childhood home of Mary Nolan, the eldest daughter of James Nolan, a railroad tycoon, she married Edward Dives, the son of Josiah Dives, one of the founders of the Dives, Pomeroy & Stewart store. 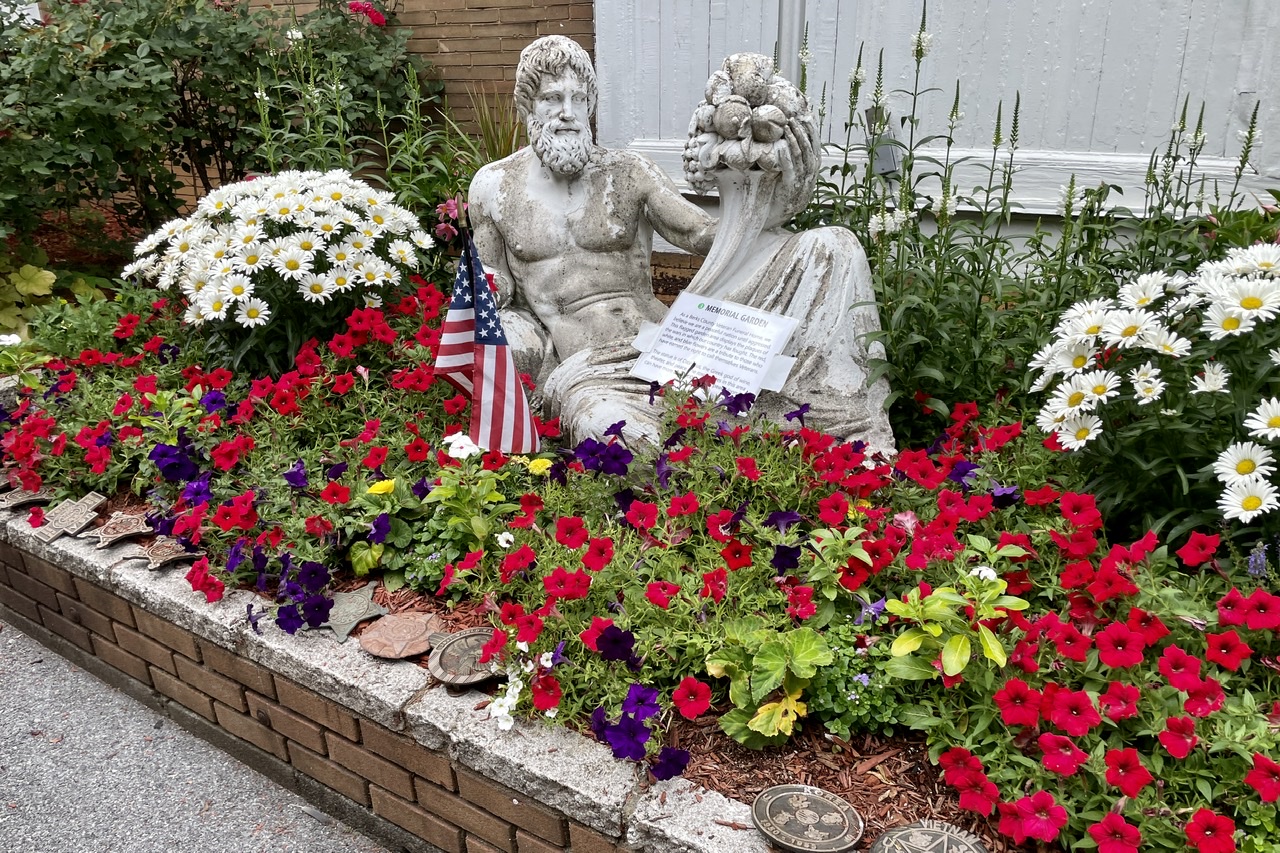 Mary lived in the home until her death in 1969, when the mansion was acquired by John P. Feeney, who currently operates a funeral home out of the location. In 1987, the mansion was used as a location for the movie Time of Tears. Above ground, there are 28 rooms and six bathrooms on three floors and more than 9,200 square feet of floor space.

The basement has an additional 2,200 square feet of space. Several fixtures, including stain glass windows, fireplaces, and leaded cabinets date back to the 17th century. The mansion also holds the first elevator ever installed in a residence in Reading.

It is operational and can transport up to four people between the first and second floors. At the rear of the property sits a two-story carriage house, which is more than 100 years old. Over the years, it has been renovated several times and served many purposes, including housing an ambulance service. It now serves as living quarters for our staff. 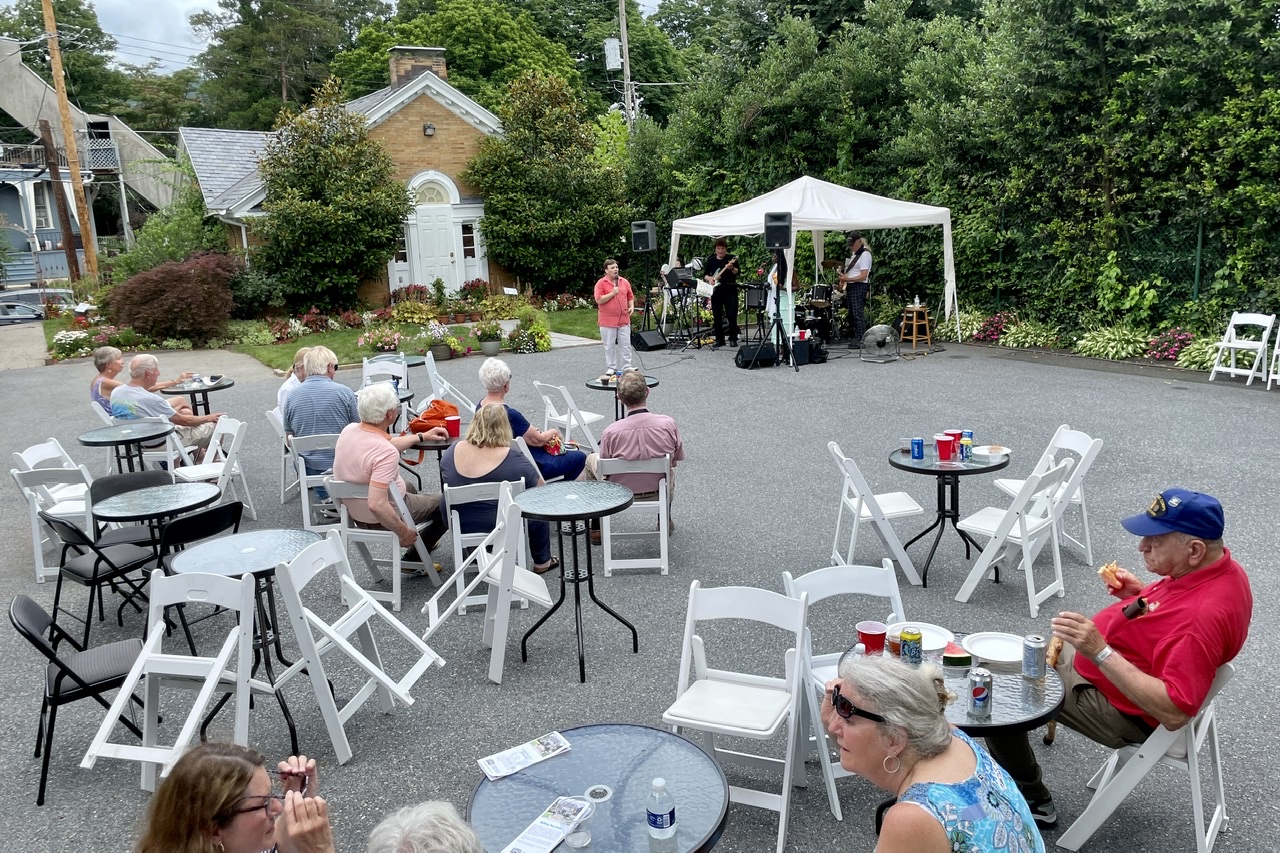 The garden areas surrounding the property include Veterans Walkway; the Driveway Garden; the Memorial Garden featuring the statue of Dionysus, the god of wine, theater, and peace; the Carriage House Garden; the rose-lined Reflections Walkway; the Vegetable Garden; Solitude Nook; Neighborly Garden, and the Nursery Garden. During the summer there are more than 3,000 roses in bloom.