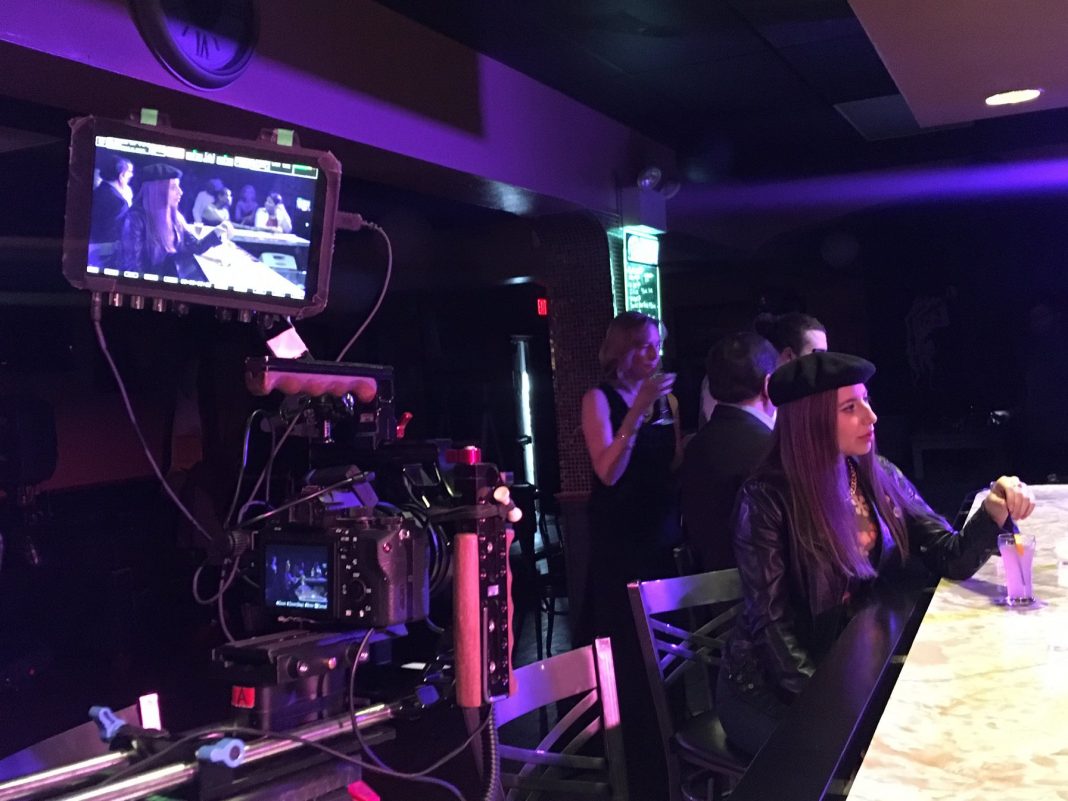 Reading filmmakers, Sue Lange and Andrew Pochan are announcing the release of their latest film, DUST NUGGETS, on Amazon Prime. The film has been described by UKFilmReview as “an incredibly smart, ambitious and truly unique tale of guilt, envy, ambition, purgatory and self-acceptance.”

Due to the outbreak of Coronavirus, the team was forced to rethink the release strategy for the film. “We were just in the festival planning stage when suddenly there were no more festivals,” says Lange. “We’re seeing this as a positive, though, as it’s an opportunity to tap a wider audience.”

They acted quickly to get the film formatted to Amazon’s specs. Even that strategy has been difficult. What usually takes Amazon less than a week to accept new films has now taken over a month from the time of submission.

The film, shot mostly in Berks County in 2019, concerns a band of the titular name. The story is told from the point of view of KK Colson, the band’s manager, played by New Yorker Linnea Sage. She’s in a coma from a drug overdose, so the film is surrealistic in nature. It has added moments of levity, though, and has been described as David Lynch meets Dr. Seuss.

“It was a pleasure to work with Eric and Bob, both acting and directing,” says Pochan. “The amount of talent we had on screen, and off, made directing my first film very exciting. Obviously, it was a challenge and we needed to learn how to actually make a film, but it was done with such passion it felt very easy, even though it was a lot of work, money, and time.”

Local notables included in the production were Chris Heslop, Bennie Sims, and Marty Mellinger who contributed mightily to the music-heavy soundtrack. Other local musicians such as Charlie Eschbach, Marty Bonk, and Erin Incoherent. The band’s theme music was developed by Kevin Daboin, Corey Gabree, and Pochan.

Executive producer, Tracy Schott of Schott Productions says, “DUST NUGGETS is such a fun trip into the fantastical world created by Sue and Andrew! The characters are intriguing and the production itself is incredibly well done. I’m happy that our community can finally get to see the film.”

The film can be streamed or downloaded from Amazon Prime and will eventually be available on iTunes as well. There are plans to screen the film at the Reading Film FEST in November.