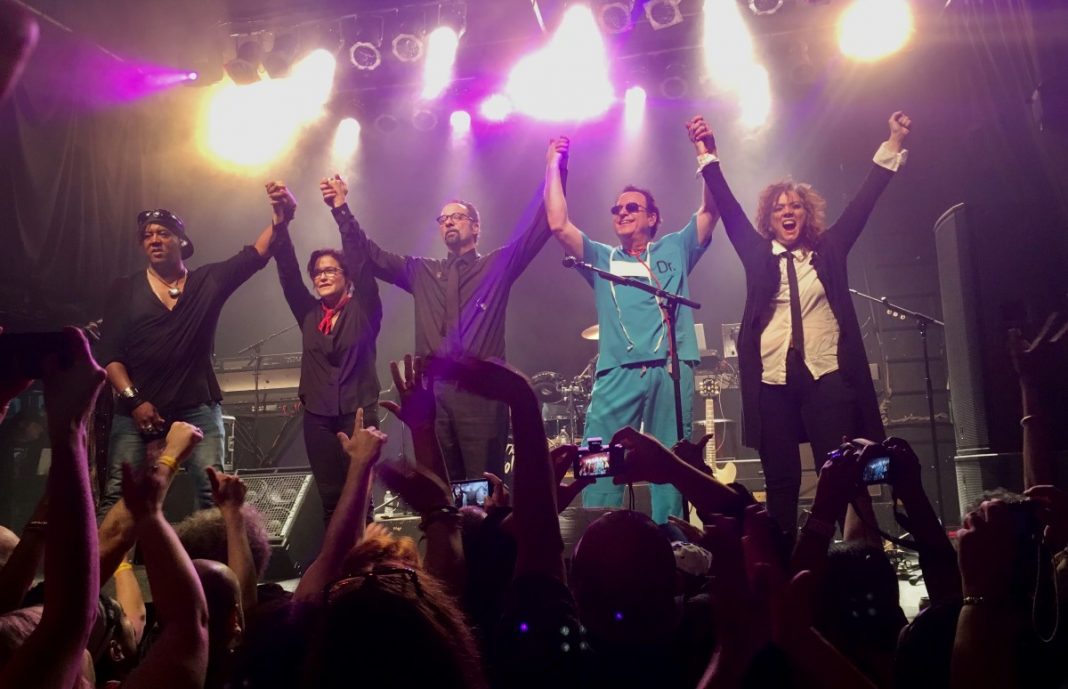 The Revolution – the band behind legendary performer Prince – will bring its iconic show to downtown Reading on Wednesday, August 14, as part of the Downtown Alive free outdoor concert series, the Reading Downtown Improvement District announced today.

The Revolution, Wendy Melvoin, Lisa Coleman, Bobby Z, BrownMark, and Dr. Fink, merges funk, rock n’ roll, rhythm and blues, pop, and psychedelia genres. The band rose to international fame and prominence in the mid-1980s with Purple Rain, a rock operatic project centered on Prince that catapulted him and the group to instant stardom.

The Revolution have achieved two number-one Billboard 200 albums (Purple Rain and Around the World in a Day), multiple top 10 singles on the Billboard Hot 100 chart, and have won numerous awards, including three Grammys and three American Music Awards. The band officially disbanded in late 1986 after the Parade Tour, which supported the soundtrack for Prince’s second film, Under the Cherry Moon.

Following Prince’s death in April 2016, The Revolution reunited to honor the musical genius that he instilled in them and upon the world. The band continues to honor and pay tribute to Prince in the best way possible – playing the music they helped create with him.

Opening for The Revolution will be the local DJ duo 3’s Co., featuring DJ Gregg Nyce and Evolution Local H is at the top of their game more than two decades after they first burst onto the music scene. Frontman Scott Lucas, who covers both guitar and bass (through an extra pick up in his guitar), and drummer Ryan Harding have enjoyed a resurgence in recent years, buoyed by global touring along with the release of some of their most critically acclaimed work to date.

The concerts will be held in the 500 block of Penn Street between 5 and 9 p.m. Each concert will have a festival atmosphere and include food trucks and beer and wine for sale. A “kids play zone” will also be set up and feature a variety of activities for children. Specific food and beverage vendors will be announced before the series begins.

Berks County Community Foundation, which has been financially supporting the concert series since its inception in 2015, is providing major financial support from its Hawley and Myrtle Quier Fund. Berks County Convention Center Authority is another major sponsor.