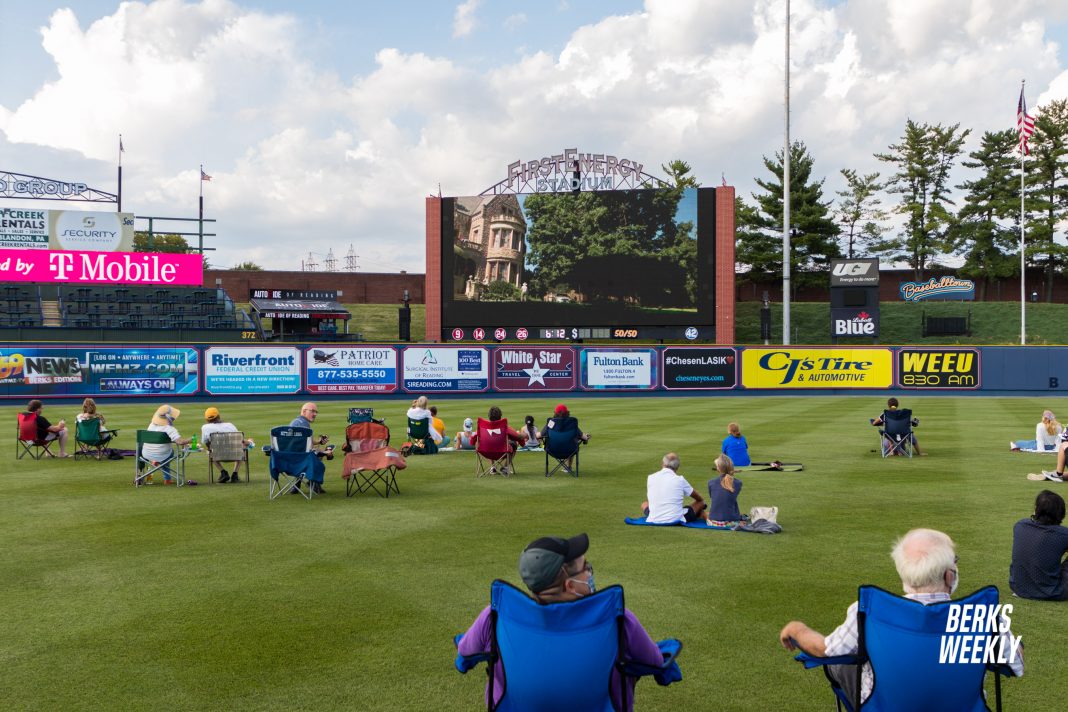 filmmakers from have are set to premiere at the 6th annual ReadingFilmFEST, beginning Thursday October 8th though the 11th.

This year’s festival will be a hybrid event that will take place outdoors at the FirstEnergy Stadium, and online via the secure virtual platform, Eventive.

In response to Covid-19, portions of the festival will take place outdoors in the stadium, to ensure the safety of volunteers, filmmakers, and audience, while creating a fun and engaging experience.

In the wake of the pandemic, the arts and culture world all but shut down. When events large and small were canceled around the world, theaters closed, and film production stopped, the ReadingFilmFEST team decided to put on its creative hats to create this hybrid festival.

Art inspires, entertains, and gives hope, which is what is needed now more than ever. The ReadingFilmFEST team decided to forge ahead this year with a fun safe event to support the amazing community and the filmmakers who are struggling during these unprecedented times.

ReadingFilmFEST will present 25+ films at First Energy Stadium and nearly 50 films available online. Passholders will be able to view films either online or outdoors throughout the weekend. Panel discussions and Q&As will available both live and online.

Films screened at First Energy Stadium will be shown on the Jumbotron. Guest are invited to bring blankets and lawn chairs and enjoy films from around the world on the baseball outfield.

Refreshments will available for purchase at the stadium. Filmmaker Q&A after each film with filmmakers both live and on zoom.

ReadingFilmFEST’s online festival will be a vibrant event and will include all films being shown at the stadium, in additional documentary and international short films, International StudentFEST, and filmmaker Q&A following each film.

A filmmaker panel discussion will also be hosted online, Harnessing the Power of Film in Addressing Race and Gender Inequality, featuring filmmakers whose work has educated, enlightened and given a voice to issues of gender and racial differences will discuss ways in which films, both documentary and fiction, can bring new awareness to viewers on the experiences of others, bridging social, racial and political divides.

The ReadingFilmFEST is regarded as “The filmmakers’ film festival” within the film industry, it recently ranked by filmmakers as one of the Top 100 best reviewed festivals out of more than 7,000 film festivals around the world.