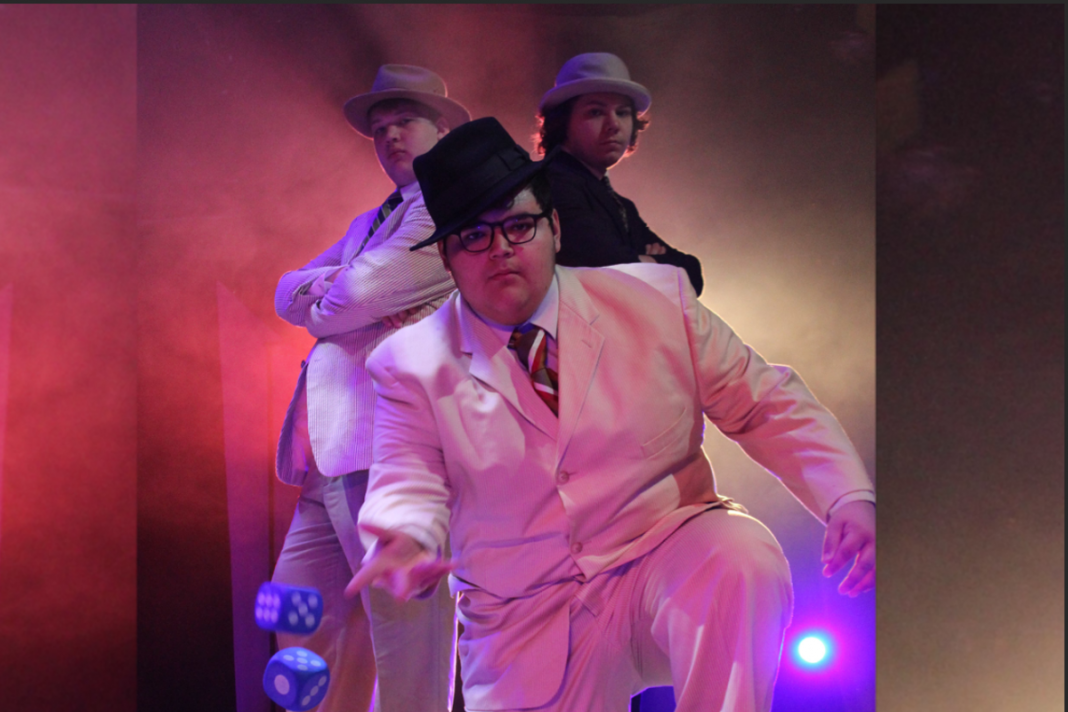 Fall in love with love, music and exquisite acting by the Genesius Theatre Teen Cast as they bring to life the timeless story of the 1951 Tony Award-winning Guys and Dolls June 21 through 30, 2019.

Adapted from short stories by American author Damon Runyon, and directed by George S. Kaufman with music by Frank Loesser, Guys and Dolls opened at the 46th Street Theatre on Nov. 24, 1950. Over time, it ran a total 1,200 performances and in 1955, was made into a motion picture film starring Marlon Brando, Jean Simmons and Frank Sinatra.

Guys and Dolls is the winner of numerous Tony awards, Drama Desks and Oliviers. The production received rave reviews after its debut and was unanimously supported by critics hailing it as the perfect musical comedy. Said John Chapman of the Daily News, “There is only one defect – but a serious one – about the musical, “Guys and Dolls,” which opened at the 46th St. Theatre last evening, and I might as well report it now and get on to happier things: The big trouble with “Guys and Dolls” is that a performance of it lasts only one evening, when it ought to last about a week.”

The Genesius Theatre production, under the direction of Becka Malanios, musical direction of Dara Himes, choreographed by Emily Snyder, Dave Neel as conductor, tells the story of New York’s most infamous crap game organizer, Nathan Detroit, as he tries to pull together cash to set up the biggest craps game in town, while the authorities breathe down his neck; meanwhile, his girlfriend and nightclub performer, Adelaide, is frustrated that they’ve been engaged for 14 years. Nathan turns to fellow gambler, Sky Masterson, for the dough, and Sky ends up chasing straight-laced Sarah Brown as a result. Guys and Dolls takes audiences from Times Square to the cafes of Havana, Cuba, and even into the sewers of New York City, but eventually, everyone ends up right where they belong.

Bringing it all to life for Genesius are actors Andrew Bausher as Nathan Detroit, Chloe Martaurano as Miss Adelaide, Ben Daniels as Skye Masterson, Paulina Cevallos as Sarah Brown and Roberto Guevara as Nicely Nicely Johnson. This production is the full musical of Guys & Dolls performed by teenagers from across Berks County, 13 to 19 years of age.

Teen Show Director Becka Malanios has an extensive theatre background, with Genesius for just over 10 years, and taking the stage at a young age as both an actor and dancer. She’s the director of the Junior High School Musical at Exeter Junior High School, the choreographer at Twin Valley High School and teaches dance at Dance Centers in Mount Penn, PA.

Guys and Dolls is the director’s favorite musical. She asserts it appeals to the masses and that audiences of the Genesius Theatre production will be hooked from the opening number of “Fugue for Tinhorns.” Malanios enthuses, “We plan on making the audience sit up and pay attention from the first note until the last note of Act 2.”