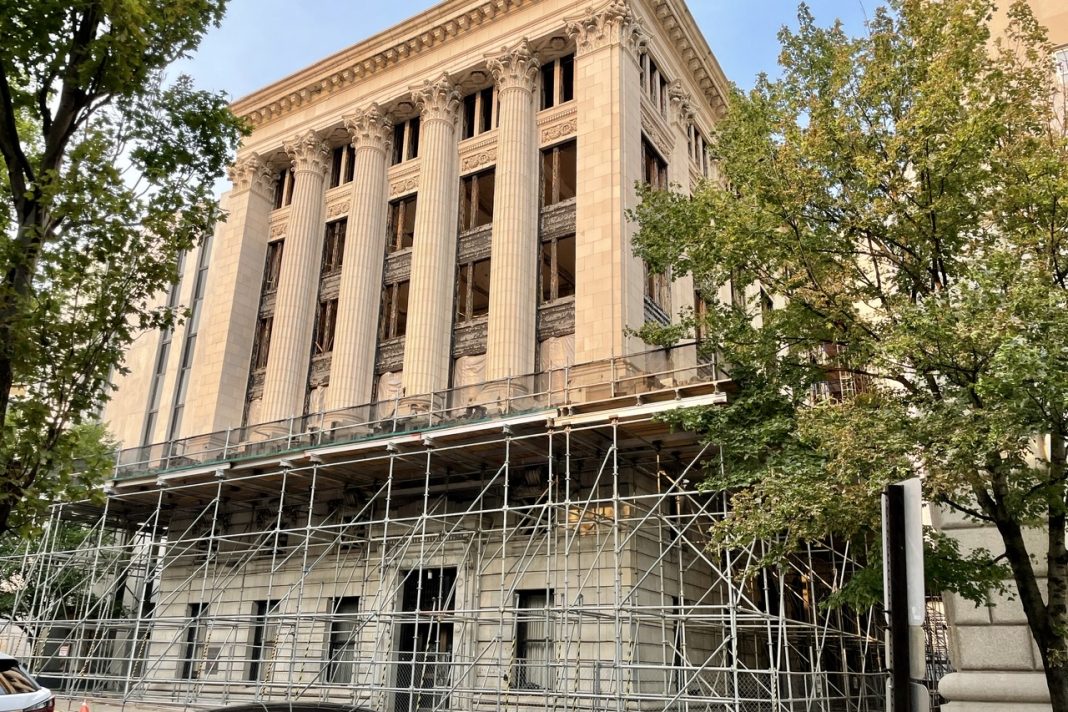 In Berks County, the Berks County Trust Company building in Reading was selected for rehabilitation of the National Register listed bank into an office building with a food court in the main banking hall. $250,000 tax credit allocation, $11,000,000 in estimated construction expenditures.

“The preservation of historic buildings in Pennsylvania is vital to simultaneously revitalize communities while still telling stories of the past,” said Sec. Davin. “With this funding, the awardees can modernize and bring new life to these spaces—resulting in new opportunities in places to live, work and play in neighborhoods across the state.”

“The 27 projects awarded this year yield long-term benefits beyond the projects themselves, having significant positive spillover effects through the reuse of historic buildings in Pennsylvania cities and towns.”

The Historic Preservation Tax Credit program, administered by the Department of Community & Economic Development and Pennsylvania Historical & Museum Commission since 2013, has invested more than $28 million to rehabilitate 154 historic buildings leveraging an estimated $2 billion in construction expenditures. The investments have helped preserve buildings that contribute to the distinct character of Pennsylvania’s boroughs, townships and cities.