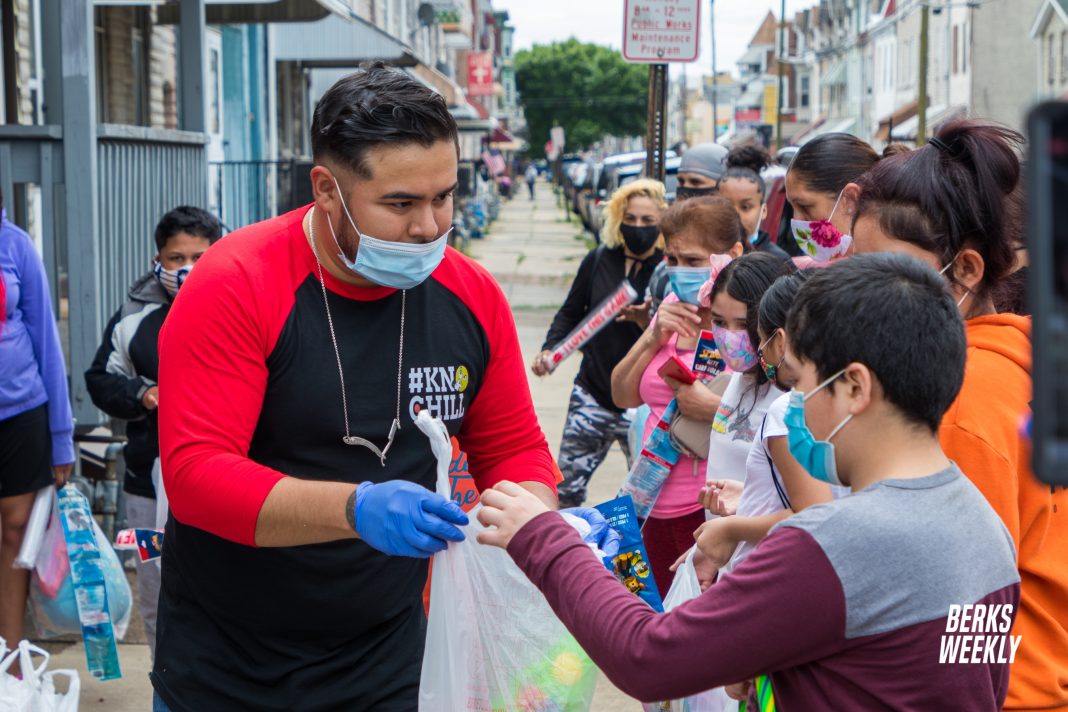 It was mid May when local barber Johnny G Dominguez first met Brandon Carrasquillo at Reading High School. The two met so Dominguez could buy a ‘Ryan’s World’ toy for his son. After exchanging the toy, the two found they had one thing in common, love for the City of Reading.

With the stay at home order extended for Berks County until June 4th, both knew the overwhelming toll the order has had on the community. With limited activities, schools, and playgrounds closed, Dominguez and Carrasquillo were determined to use their own resources and personal connections to give back to the kids of Reading.

“Johnny, I have all of these soccer and baseballs, I just wanna give these to the kids, I wanna see a kid smile” said Carrasquillo during their initial meetup. Dominguez agreed, saying he didn’t want any kids left behind, and pledged to provide all the kids in the community a toy for the summer.

Although it was a tall order, the pair found support from community residents and local business owners. Within a weeks time the two gathering hundreds of items from hula hoops, kites, clothes, shoes, and snacks. Dominguez and Carrasquillo were now ready to hold their signature event.

“I grew up poor, I know that right now I’m in a position where I can giveback. Some of what I can give will change their whole attitude. I know coming together as a city, were going to make this place even greater than what it is.” said Dominguez.

“We’re trying to be as safe as possible” said Carrasquillo. “We’re all going to have masks on, gloves on, and our plans are to allow cars to drive up and give them the bags.”

Later in the day, Reading Mayor Eddie Moran made an appearance, praising the group for their efforts. “I am proud to represent a community that does so much for its people. These young men have shown they are committed to the city and our youth, so for that I am honored to represent this community and be apart of it.”