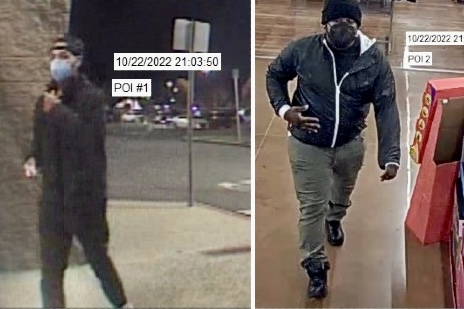 Police in Caernarvon Township are asking for the public’s help to identify three suspects in a retail theft investigation.

Police say one actor left the store while the other two remained near a rear side door with the carts. A black Jeep Grand Cherokee pulled up to the side door as they two males were exiting with the carts. 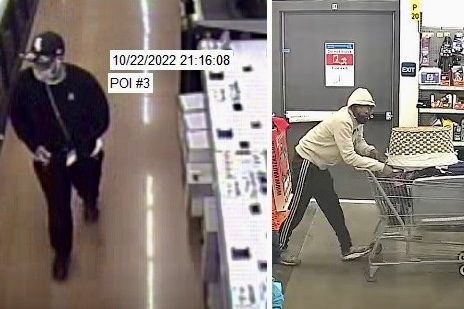 In addition, the suspects are known to have hit the same location multiple times. On October 16, 2022 at 10:45pm, police say they were in the Walmart in Tilden Township, and committed a similar theft where an employee confronted them. One suspect then lifted his shirt to display a firearm and made a verbal threat to the employee.

Anyone with information pertaining to this incident or can identify the suspects(s) or suspect vehicle is asked to submit an anonymous tip to Crime Alert Berks County.

Cash rewards are available up to $10,000 if the tip leads to an arrest. Anonymous tips may be submitted by either calling 1(877) 373-9913, downloading the ALERTBERKS app on your mobile device, or by using your mobile phone to text tips to 847411 and typing ALERTBERKS + your tip.