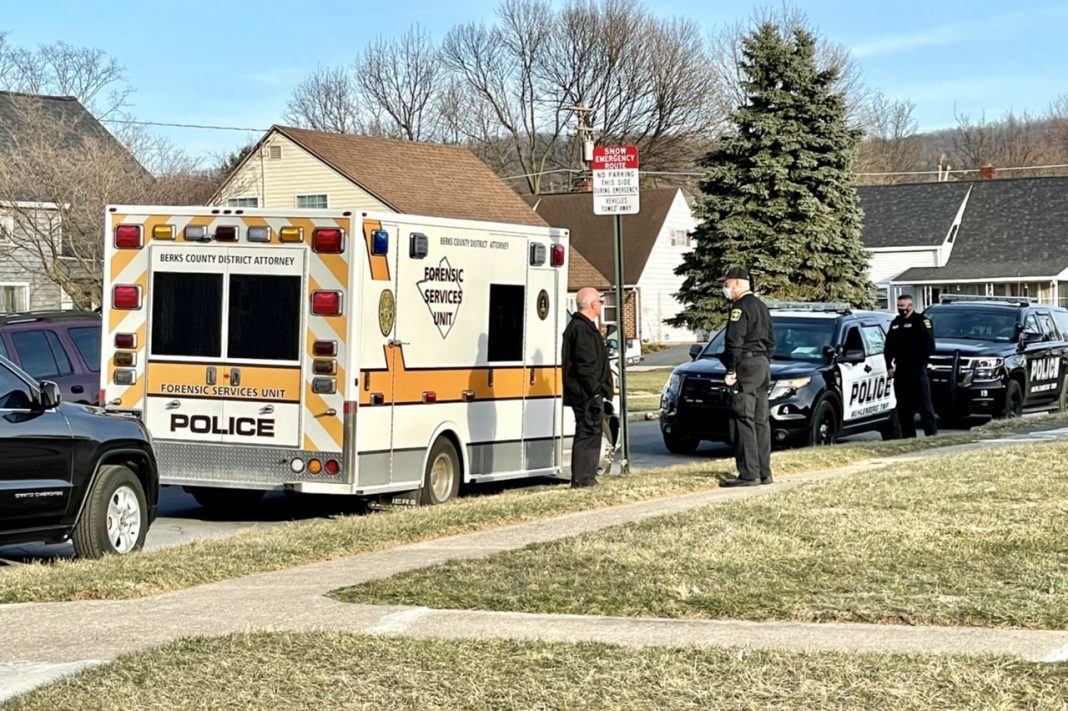 Forensic Pathologist Dr. Neil Hoffman performed an autopsy Tuesday, which concluded the Cause of Death was due to “Single Gunshot Wound to Chest”.

The Berks County Coroner’s Office has listed the Manner of Death as “Pending” at this time.

The District Attorney’s office says the investigation is a priority and remains active and on-going, with additional interviews scheduled this week.

Investigators say evidence collected at the scene and at the autopsy still needs to be processed, which includes a ballistics examination and comparison.

At the conclusion of the investigation, the Berks County District Attorney, John Adams, plans to hold a press conference to announce the findings and issue his legal ruling.

The incident began Monday afternoon at approximately 2:15pm when the Berks County Department of Emergency Services received a 911 call from a female, reporting a male with a knife. She stated this male had threatened her and the phone call disconnected.

The 911 operator dispatched Muhlenberg Township Police Officers to a residence located in the 700 block of Wagon Wheels Lane.

Upon arrival, uniformed Police Officers entered the residence and the female complainant advised them Hughes, with a knife, locked himself inside the 2nd floor bedroom.

The Officers proceeded to the 2nd floor. They located a key, which enabled them to unlock and open the bedroom door.

Police say Hughes brandished a knife and after failed verbal commands and attempts to get him to drop the knife, one Officer deployed his departmental issued taser which had no effect.

A 2nd Officer discharged his firearm one time, striking the male in the chest area. The Hughes was then rushed to the Trauma Unit at the Reading Hospital.

If anyone has any information regarding this incident, please contact the Berks County Detectives at 610-478-7171.