Car crash in Penn Township leaves one dead, one injured 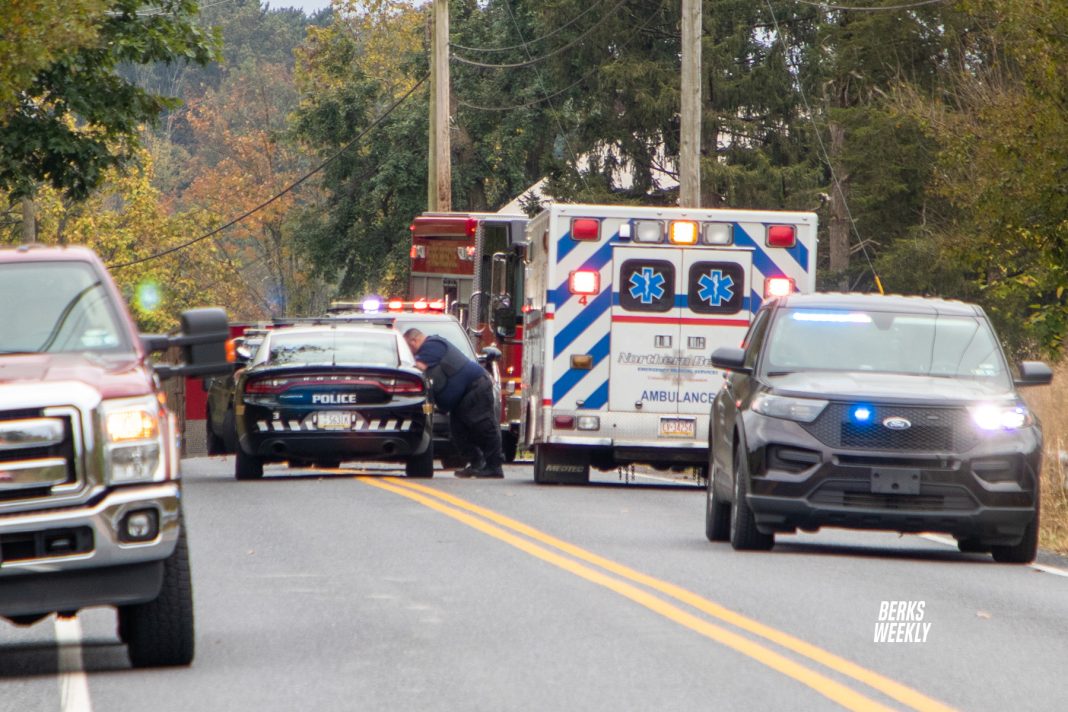 One person is dead and another injured following a crash that occurred just North of 34 Plum Creek Road Friday night in Penn Township.

Police say Zachary Korch, 41, of Shoemakersville was driving North on Plum Creek Road when his car traveled across the southbound lane, then off the paved portion of the roadway across a grass/ dirt embankment.

It was at that time investigators say the car side swiped a tree, struck another tree, and then went into ditch, which caused the car to overturn on its roof.

Korch died at the scene. The passenger of the vehicle was taken to the hospital with unspecified injuries.

A public information release by Police lists the crash as a DUI, stating the violation as “driving under the influence of alcohol/controlled substance”. No other details were provided in the crash report.