Driver flees after crashing car into house in Union Township

Pennsylvania State Police are searching for a man who fled the scene after crashing a car into a house Sunday night in Union Township. The crash caused significant property damage to the residence.

30-year-old Eric Hammaker II, of Newport, Perry County, is wanted by police on several arrest warrants prior to the crash, in addition to criminal charges, including child endangerment, stemming from the incident.

Fire and EMS were dispatched to the area of Shed Road and Red Corner Road on August 28, 2022, just after 11pm for the report of a motor vehicle accident with entrapment, vehicle partially inside a residence with fire. 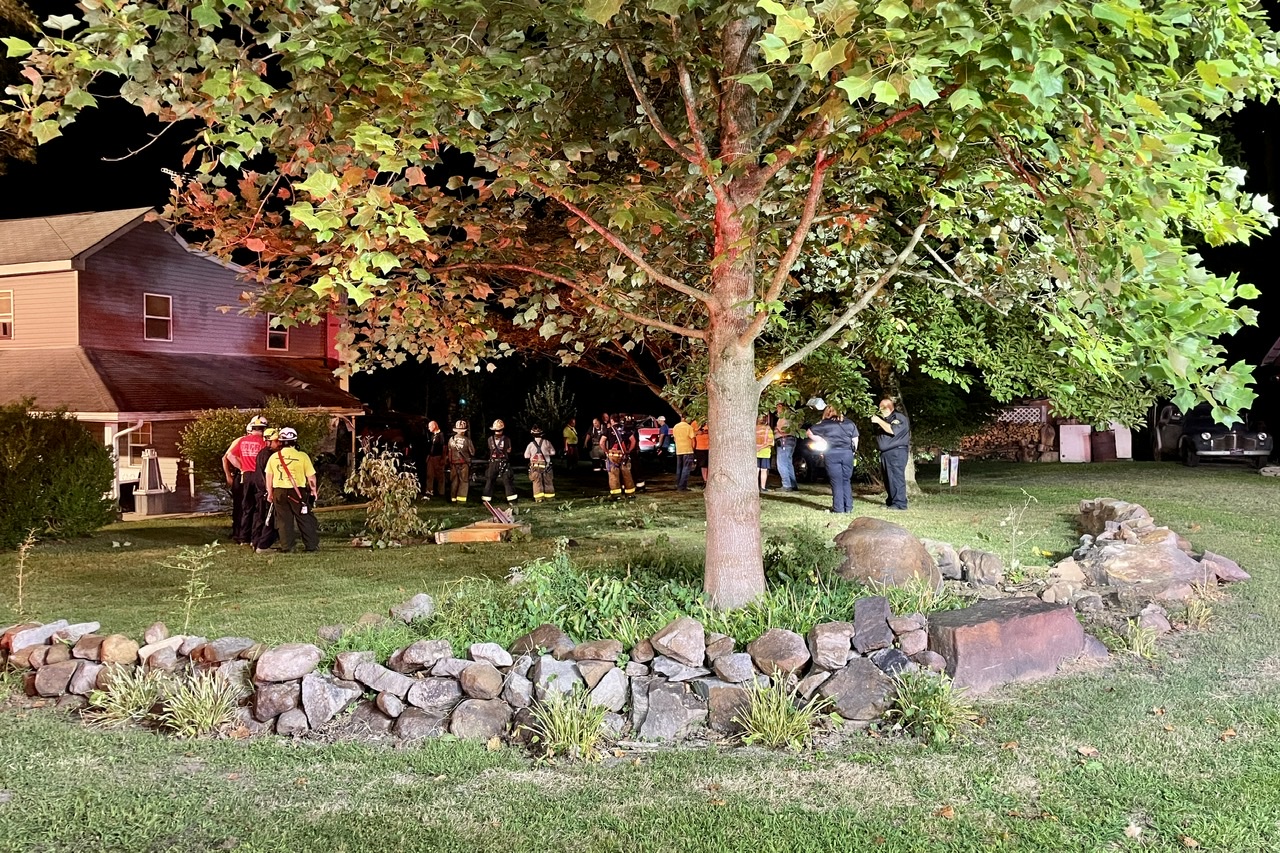 When firefighters arrived on scene, they found a vehicle into a home near the intersection, with significant property damage to a residence. Firefighters on-scene say a mother and young daughter were found self extracted from the crashed vehicle, the young girl suffering minor injuries. The two occupants of the home were also located unharmed.

Troopers did not release any details on what led to the crash, only stating Hammaker fled the scene prior to their arrival.

Due to the structural integrity of the home, a collapse team was brought in to asses the home prior to removing the vehicle. The team determined that it was safe and crews removed the vehicle shortly before 2am Monday.

Anyone with information regarding Hammaker‘s whereabouts are asked to contact the Pennsylvania State Police, Reading Barracks at 610-378-4011.