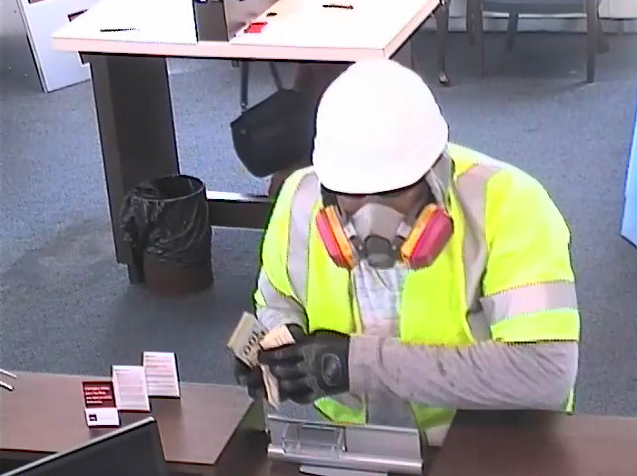 The man, who completely covered his face with a respirator mask, sunglasses, and a hard hat, presented a note to the teller and demanded cash. The man was given a sum of money and fled the bank across Main Street. He was last seen running behind businesses across the street on Main Street.

Police say the suspect did not display a weapon and he was dressed as seen in the attached photographs. It was originally thought that the man was wearing a hazmat-type suit but after investigators reviewed the security cameras, it appears that he was wearing multiple layers of clothing with some sort of sweat suit on the outside. 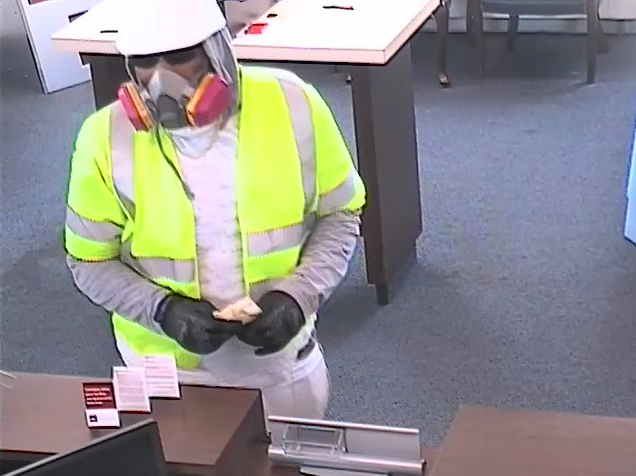 According to Central Berks Regional Police, the race of the suspect is unknown and there was no vehicle seen linked to the suspect.

Anyone with information on the incident is asked to contact Detective Sergeant Deron Manndel at 610-779-1100 EXT. 235 or dmanndel@centralberks.org.