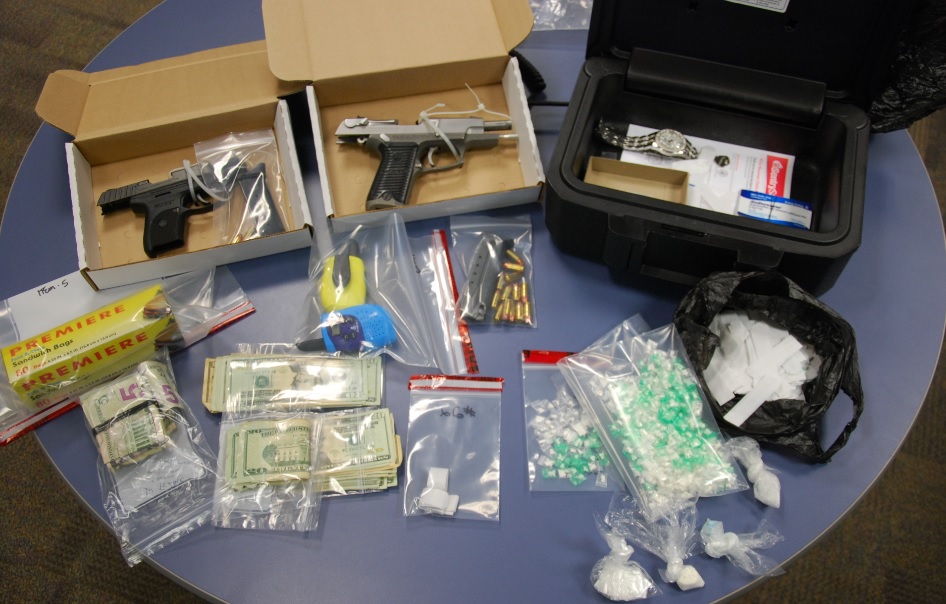 In February of 2019, the Berks County Drug Task Force initiated a drug investigation after receiving information from a confidential source that Albert Dunn was dealing heroin and other illegal drugs within the City of Reading, Pennsylvania. During the investigation, detectives learned that Dunn was already on state parole for previous felony drug charges.

The investigation revealed that Dunn’s customers would contact him via cellular telephone. The drug transactions were made from 1244 Perkiomen Avenue, Reading and at other locations throughout Berks County.

Within the course of the investigation, surveillance showed that Dunn sold significant amounts of heroin to during the months of May and April. It was learned that Dunn was working along with his girlfriend, Kira F. Bowell. Boswell was storing drugs and guns for Dunn at her home.

On May 31, 2019 at approximately 6:41 AM, the Berks County Detectives, the Reading Police Vice Unit and the Pennsylvania State Police served the search warrants on the suspects’ residences. At the time of the execution of the search warrants, both Dunn and Boswell were found and placed under arrest.

As a result, the following items were found and seized:

On May 31, 2019, Dunn and Boswell were transported to the Berks County Sheriff’s Department Central Processing Center for processing and arraignment. Bail was set for both at $100,000. They both currently remain in Berks County Jail pending further court action.

As in every criminal case, the fact that an arrest has occurred, or a complaint has been filed is merely an accusation and the defendants are presumed innocent until and unless proven guilty. Information in this article was sourced from the Berks County District Attorney’s office.