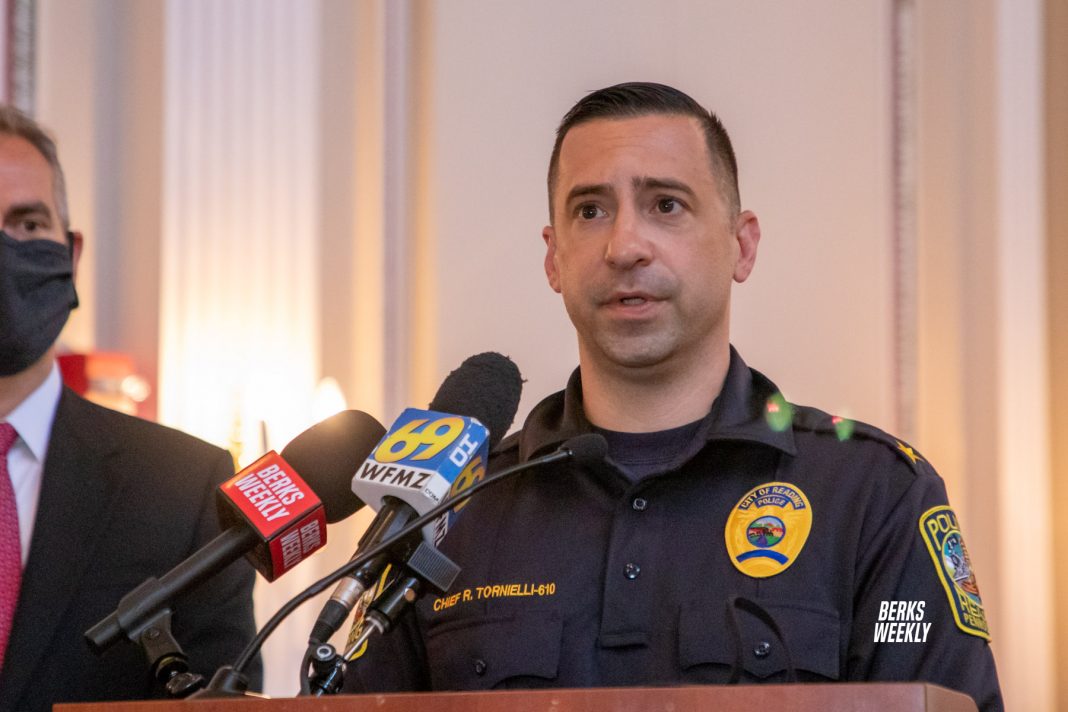 Operation Ceasefire was launched in February 2021 as an effort to reduce gun violence in the City of Reading. Since its inception, Operation Ceasefire has resulted in a 33% reduction in shooting incidents compared to the previous year.

On Thursday, July 8, 2021, a large-scale enforcement detail was conducted in the City of Reading as a continuation of the Reading Police Department’s Operation Ceasefire.

Multiple operations were conducted that targeted individuals and locations related to recent acts of gun violence that resulted in the following: Four new misdemeanors and three new felony arrests were initiated. 17 probation/parole violations and bench warrants were served. 23 traffic stops were conducted, which resulted in the issuance of 8 traffic citations. Four firearms were recovered, including one during a neighborhood foot patrol.

According to Chief Tornielli also shared, that while conducting operations at a residence in the 800 block of North 12th Street, Berks County Probation Officers encountered a male that was in possession of small amounts of heroin, fentanyl, and a firearm. That individual, Juan Jose Díaz, 49 years old, was charged with possession of heroin, fentanyl, and persons not to possess firearms.

“The Reading Police Department would like to thank our partner law enforcement agencies that continue to support Operation Cease Fire and other crime reduction initiatives in the City of Reading” said Chief Tornielli. “Through these collaborations and community engagement, we will continue to make our streets and neighborhoods safer.”

In late May, Chief Tornielli held a press conference at Reading Hall to discuss the 100th day of Operation Cease Fire.