Reading Police Respond to Shooting on South Side 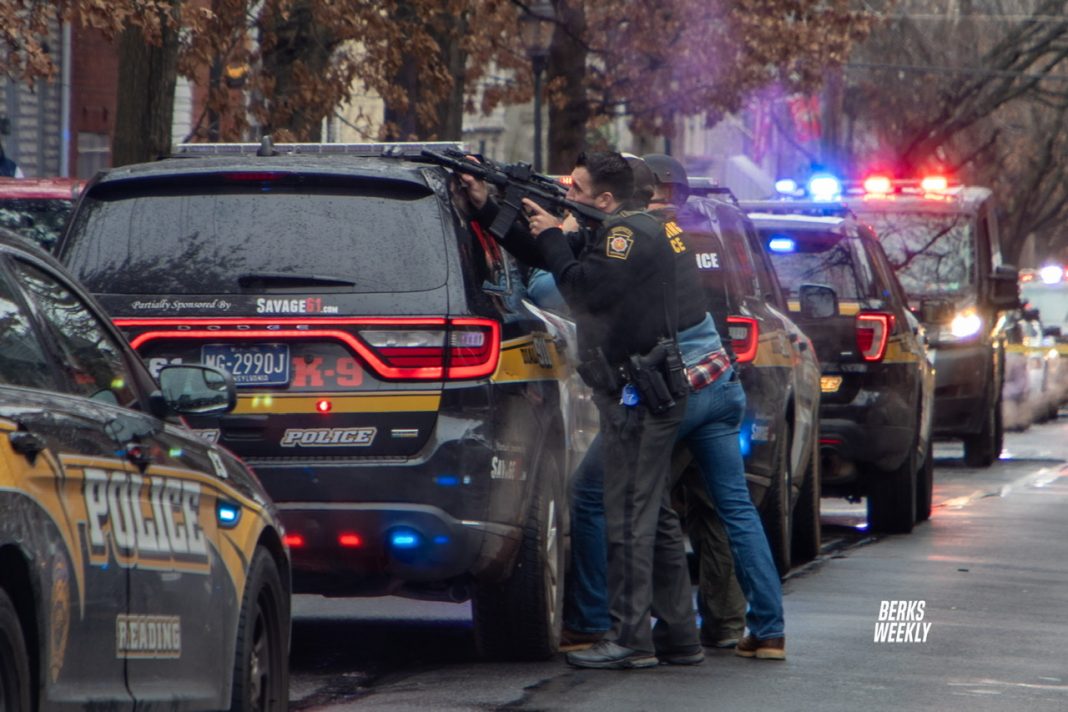 3:30pm – Police have taken down the crime scene tape and cleared the scene. A few Reading Police officers have remained on scene to investigate. No details have been released by Police.

2:15pm – One person has been seen being transported to the hospital. Police on scene have stood down their weapons, but continue to be present in the area.

1:30pm – Reading Police have responded a report of a shooting on the 500 block of South 6th Street Wednesday afternoon.

The initial call was reported at 12:50pm, one person shot in the leg. Police have blocked off the area with guns drawn in what appears to be a standoff.

Pennsylvania State Police and several ambulances have also responded to the scene.

Police have not released details. This article will be updated as new information is available.