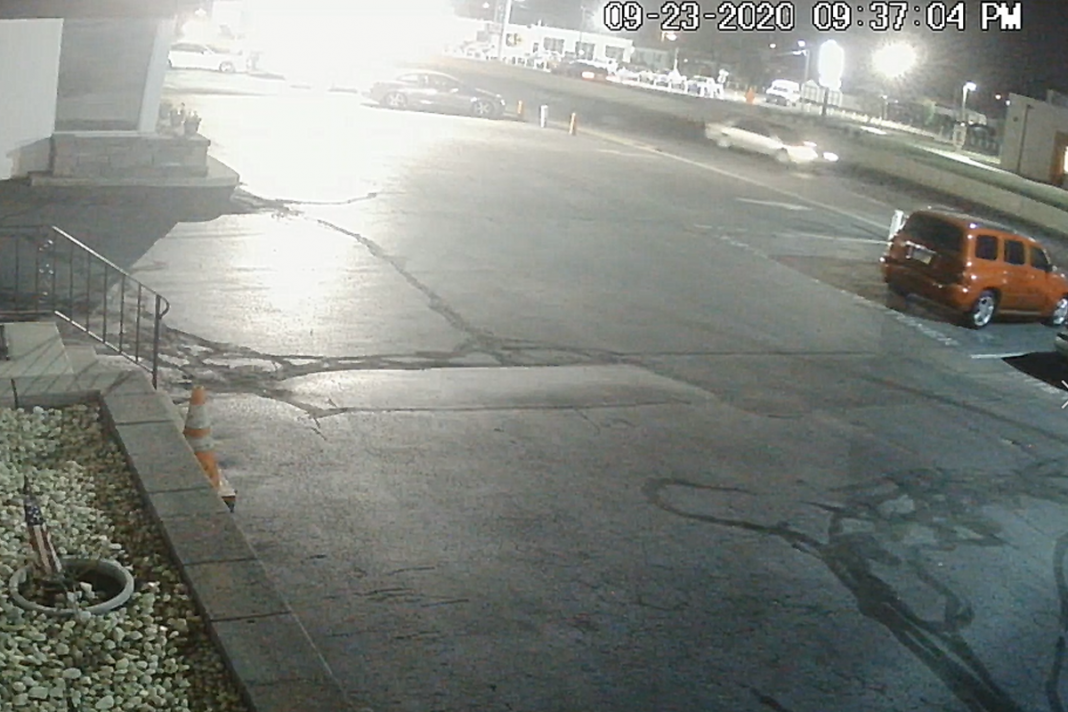 Wyomissing Borough Police are investigating an incident where they say shots were fired into an occupied motor vehicle on Wednesday, September 23rd, 2020 around 9:40pm, on Route 12 westbound in the area where Route 222 southbound merges.

According to Police, three to five shots were fired into the passenger compartment of the vehicle. The suspect vehicle likely continued southbound on Rt. 222. Investigators believe the shooting stemmed from a “road rage” incident.

An additional investigation revealed surveillance footage depicting what appears to be a small, gold-colored sedan that is considered a vehicle-of-interest in the investigation.

Police are looking for anyone who may recognize this vehicle, which was captured merging onto Route 12 from Carbon Street in Reading.

Anyone with information or can identify the vehicle of interest or owner is asked to submit an anonymous tip to Crime Alert Berks County.

Cash rewards are available up to $10,000 if the tip leads to an arrest. Anonymous tips may be submitted by either calling 1 (877) 373-9913, downloading the ALERTBERKS app on a mobile device, or by using a mobile phone to text tips to 847411 and typing ALERTBERKS + your tip.

Additional information can be found at alertberks.org or contact the Wyomissing Police, C.I. Daren Anders Ph/610-375-6102.