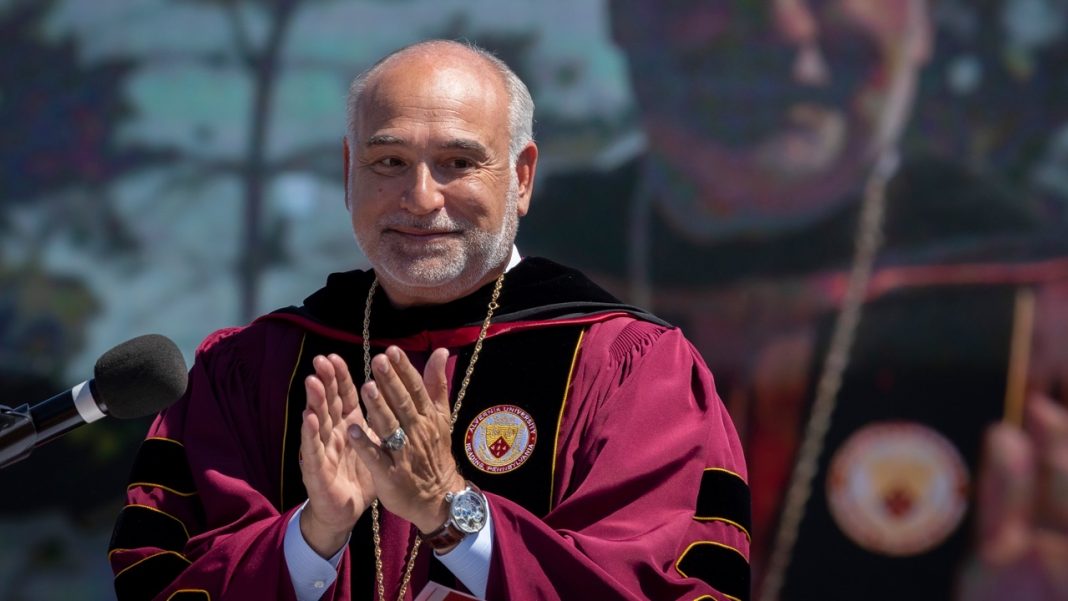 The Alvernia University Board of Trustees voted unanimously to extend the contract of university President John R. Loyack through 2027, the university announced Monday.

“President Loyack’s innovative thinking and collaborative leadership style are having the impact we hoped for when we announced his appointment back in 2018,” said Alvernia Chairman of the Board of Trustees, Michael Fromm. “We look forward to working with John as he continues to move our shared vision for Alvernia forward.”

After becoming the university’s seventh president in July 2019, Loyack has led a successful effort to restructure the university, develop and implement a five-year, student-centric, strategic plan and attract the largest classes in Alvernia’s history.

President Loyack’s vision for the university’s Reading CollegeTowne initiative has led the way in the expansion of the university in center-city Reading to create new academic programs and student living opportunities while also creating new community programming, expanding experiential learning for students and sparking economic redevelopment and new business creation in the city.

“It is this student transformation that guides all we do at Alvernia University,” said Loyack. “I look forward to working with our trustees, the extended Alvernia community and the communities surrounding our campuses to enrich that experience in the coming years. My goal is to continue to expand our Bernadine Sister’s tradition of serving the underserved through education and creating economic opportunity.”

Other highlights during President Loyack’s first two years in office include successfully restructuring the university to position it for growth, enrolling record freshman classes, launching a new engineering program, purchasing and renovating the university’s downtown location at 401 Penn Street, the reimagining of the O’Pake Institute, which has partnered with over 70 Reading businesses during its first year, and securing the largest grant in the university’s history.

Loyack was previously the executive vice president for business and administration at King’s College in Wilkes-Barre. At King’s College, Loyack was known for his skills in team building, financial management, community engagement and an intense focus on student success.

His efforts have led to program expansion and revenue growth at King’s. Before his tenure at King’s, Loyack led many businesses, including serving as president and chief executive officer of Optim Energy/EnergyCo in Irving, Texas, President and CEO of CPG International in Scranton, Pennsylvania and senior vice president and chief financial officer of PNM Resources in Albuquerque, New Mexico.

In addition to earning an MBA from Lehigh University and a bachelor’s degree in accounting from King’s College, the Pennsylvania native is a certified public accountant with a long history of building relationships in the community. He currently serves on the boards of directors for the Berks Alliance, Luzerne Foundation, Wyoming Seminary, Berks Business Education Coalition, the Greater Pittston Historical Society, AMCON Distributing (DIT: NYSE) and will be joining the Inperium Inc. board in July.