The Baird Ornithological Club, the Berks County Bar Association, and the City of Reading celebrated the reinstallation and dedication of state historical markers honoring Spencer Fullerton Baird, the second secretary of the Smithsonian Institution, and William Strong, a former Supreme Court Justice, in front of 50 North 5th Street Thursday morning in Reading.

The preeminent naturalist of the 19th Century, Baird was born in Reading in 1823. Baird rose to prominence as the first curator of the National Museum at the Smithsonian Institution in 1850 and was named the second Secretary of the Smithsonian in 1878.

He concurrently held the position of the first director of the United States Commission on Fish and Fisheries, establishing the Marine Biological Research Station in Woods Hole, Massachusetts, where he died in 1887. Under his leadership, the Smithsonian Institution developed into a world-class museum.

Strong practiced law in Reading at his home and office in the first block of North Fifth Street. He was a member of the state Supreme Court from 1857 to 1868 and was named an associate justice of the United States Supreme Court by President Ulysses S. Grant in 1870, serving until 1880. He died in 1895 and is buried within the city limits at Charles Evans Cemetery.

Dr. Richard Kurin, Smithsonian Distinguished Scholar and Ambassador at Large and Interim Director, Center for Folklife and Cultural Heritage at the Smithsonian Institution, Washington, D.C., spoke as a keynote speaker.

“It is an honor-to-honor Baird,” said Kurin. “Without him, we simply would not have the national museums of the U.S., or certainly not with the invaluable collections they possess and steward for the nation and the world. He was the right guy at the right time to make that happen.” 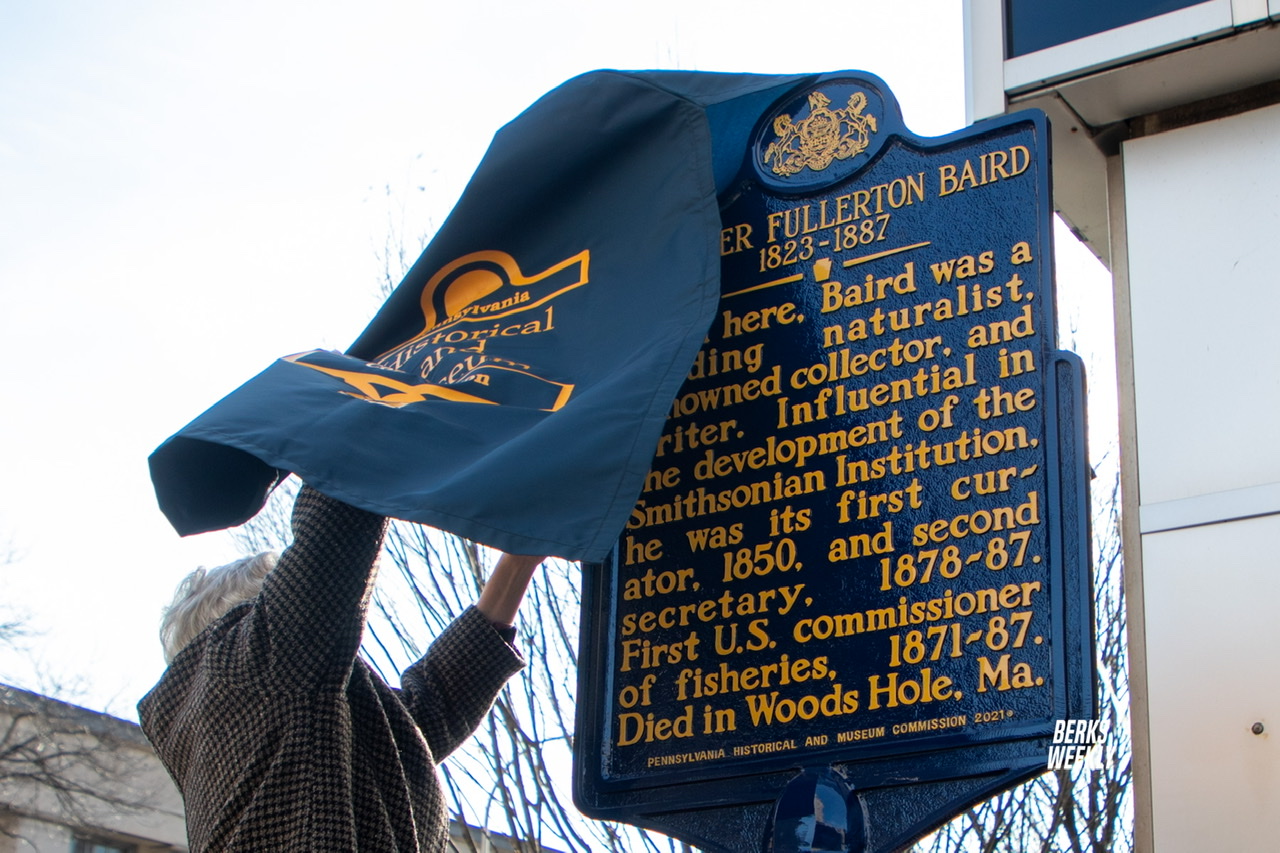 Other speakers included Brian Engelhardt, a retired local attorney, published historian, and member of the Berks County Bar Association, who spoke about Strong’s legal career and ties to Reading.