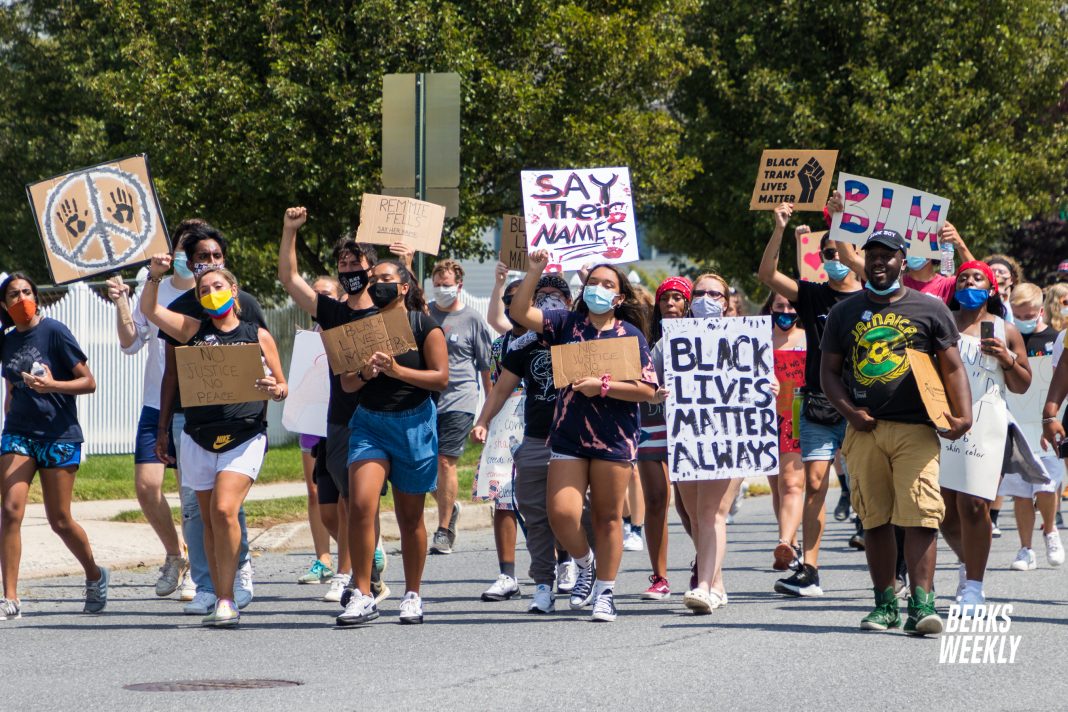 Protesters gathered in Exeter Township Sunday afternoon to fight against discrimination, racism, homophobia and transphobia. The group began at the Senior High School, leading a march to the Police Station.

Co-organizer of the rally, Hope Davis, says she was inspired to produce the event after she found Exeter had a Black Lives Matter group on Facebook.

“George Floyd’s death is what kick started everything” Davis said. “Although Exeter PD hasn’t done anything wrong, it’s the system in general that we’re protesting.”

Following Floyd’s death, Davis said she attended several protests, one in the City of Reading, and another held in Sinking Spring. Davis felt it was time to bring the movement to the suburbs. “Racism is all over, which is why its important to continue to hold these events.”

It took Davis and her team a few weeks to setup logistics. Davis says her group also paid for a permit so Exeter Police could block off local streets for the group to march.