Several people were injured during a row home fire Tuesday afternoon in the 200 block of North 10th Street in Reading. Initially reported as a house fire after an explosion, a column of smoke could be seen across the city.

Firefighters quickly arrived on scene around 2:40pm to find significant fire in the back of the building on the second floor. As crews assessed the fire, they found a large portion of the second floor wall in the area of the fire collapsed onto the ground.

According to Reading Fire Marshal Jeremy Searfoss, one person with significant burns was transported by helicopter to Lehigh Valley Hospital, two others suffered minor injuries and were taken to the hospital. 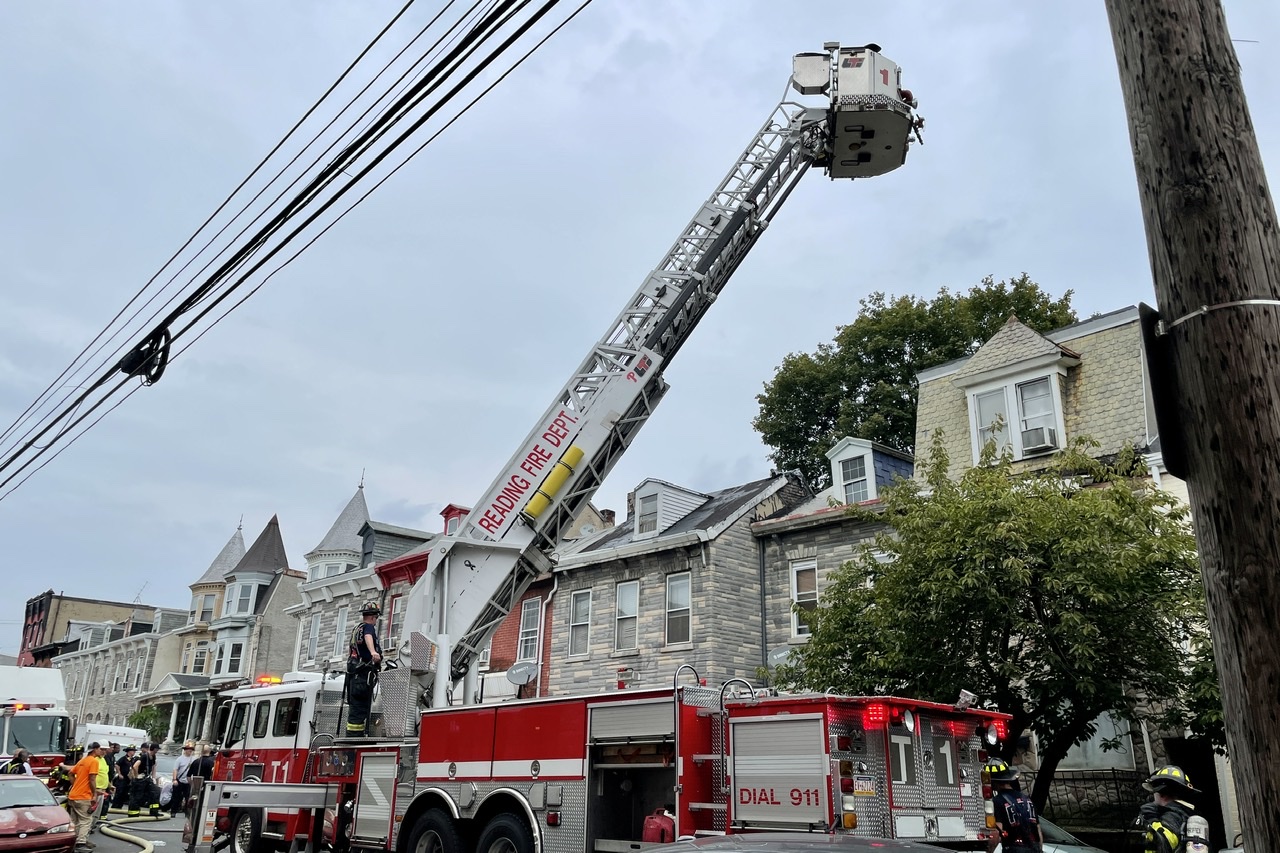 Although initially reported as an explosion, Searfoss says its too early to know the cause, and that a full investigation is underway.

This article will be updated as additional information is released.