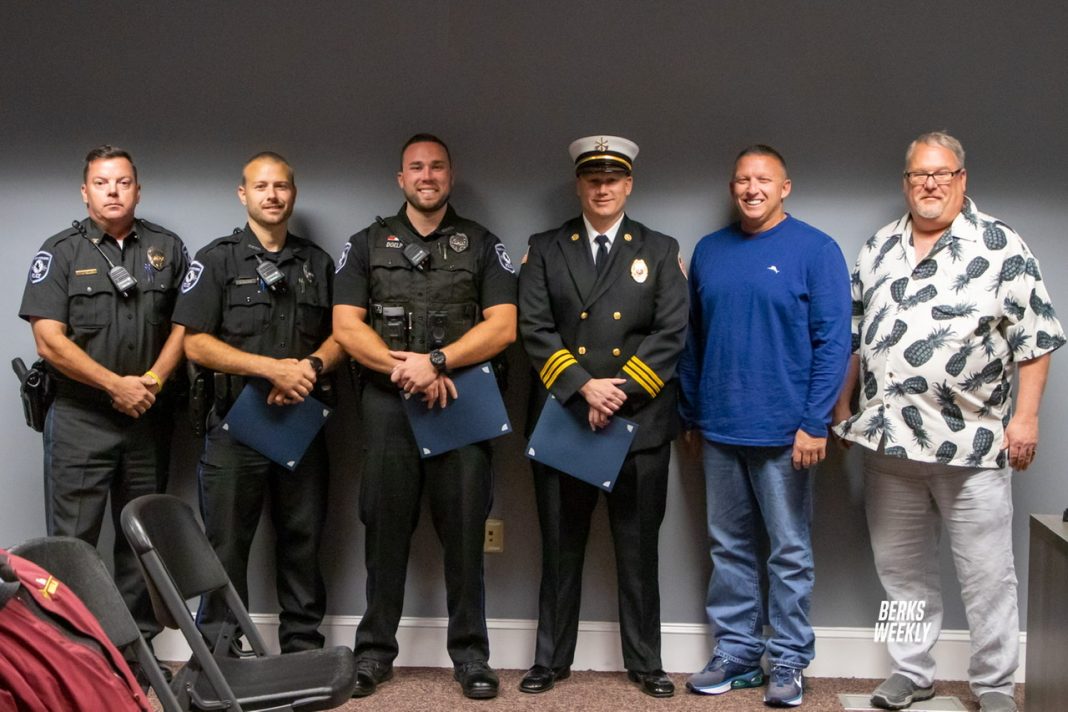 South Heidelberg Township Police Officers Alexander Doelp and Bryan Baxter were dispatched to the 300 block of East Penn Avenue at 2:24pm for a report of a 67-year-old male that was in cardiac arrest.

The three continued to provide critical lifesaving care to Andrews until the arrival of Paramedics from Western Berks Ambulance who were able to provide more advanced emergency care.

Andrews, who upon the arrival of the Officers and Deputy Fire Chief initially showed no signs of breathing, or a pulse, was able to start breathing on his own just prior to being loaded into the Ambulance for transport to the Saint Joseph’s Medical Center.

Due to Officers Baxter and Doelp’s quick response, and the assistance of Deputy Fire Chief Zerbe, Andrews was able to make a full recovery.

“Their expertise and loyal devotion to duty are a credit to themselves and in keeping with the highest traditions of the South Heidelberg Township Police Department and Womelsdorf Fire Department and are thus awarded the Lifesaving Award.”

Following the Board of Supervisors meeting, Andrews, accompanied by his sister and son, were able to thank the officers and deputy fire chief. The group spoke for several minutes in the hallway of the municipal building. 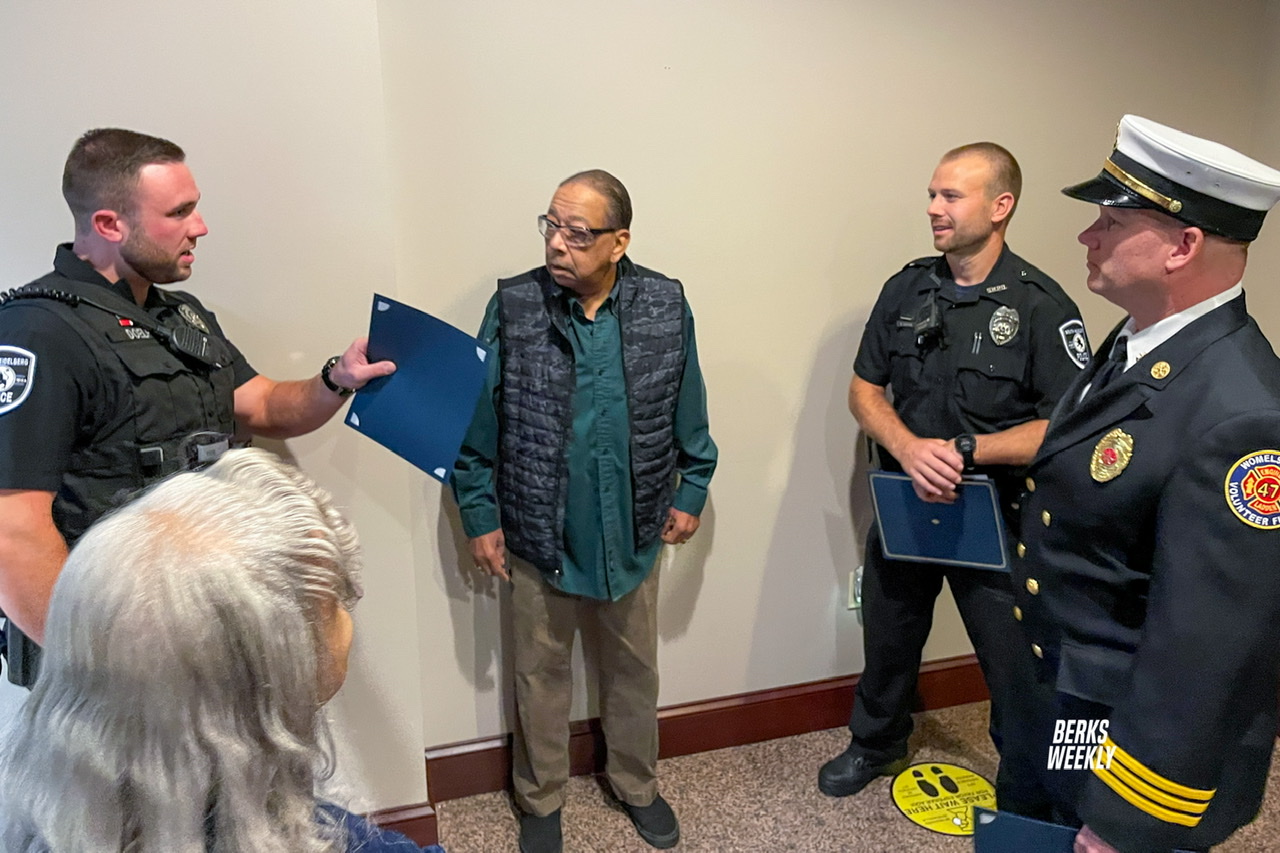 “They did a beautiful job. It’s tremendous and humbling” said Andrews.

Andrews said he was in the hospital for about a week following the incident. He believes a neurological condition was responsible for what happened to him. He also credits his son, Andre Lavender, for calling 911 and beginning the first steps of CPR before police, fire and EMS arrived.

“I’ve lived in Robesonia for 16 years, I’ve had a few incidents where we called the ambulance for my wife before she passed, and we always had great service. I’m blessed and glad to be here thanks to them.”