Governor Tom Wolf was joined by Representative Manuel Guzman Jr. at The Salvation Army in Reading to call on Pennsylvania’s Republican-led General Assembly to finally act to support Pennsylvanians by passing legislation for the American Rescue Plan Act (ARPA)-funded $500 million PA Opportunity Program, which would send $2,000 checks to Pennsylvanians.

“My administration has done a lot of hard work to get the commonwealth in a good place financially,” said Gov. Wolf. “Together, we’ve built a solid foundation we can build on for a better future and can afford to invest in Pennsylvanians. Times are tough right now as prices have gone up on everything from gas to groceries, and I’m here to talk about solutions. I support long-term solutions to better support working families, like raising the minimum wage, but I’m also proposing a solution to help Pennsylvanians get back on their feet right now.”

In February, Gov. Wolf unveiled a $1.7 billion proposal for Pennsylvania’s $2 billion in federal ARPA dollars. While Democratic leaders in the Senate and House have introduced legislation, Senate Bill 1619 and House Bill 2531, to support Gov. 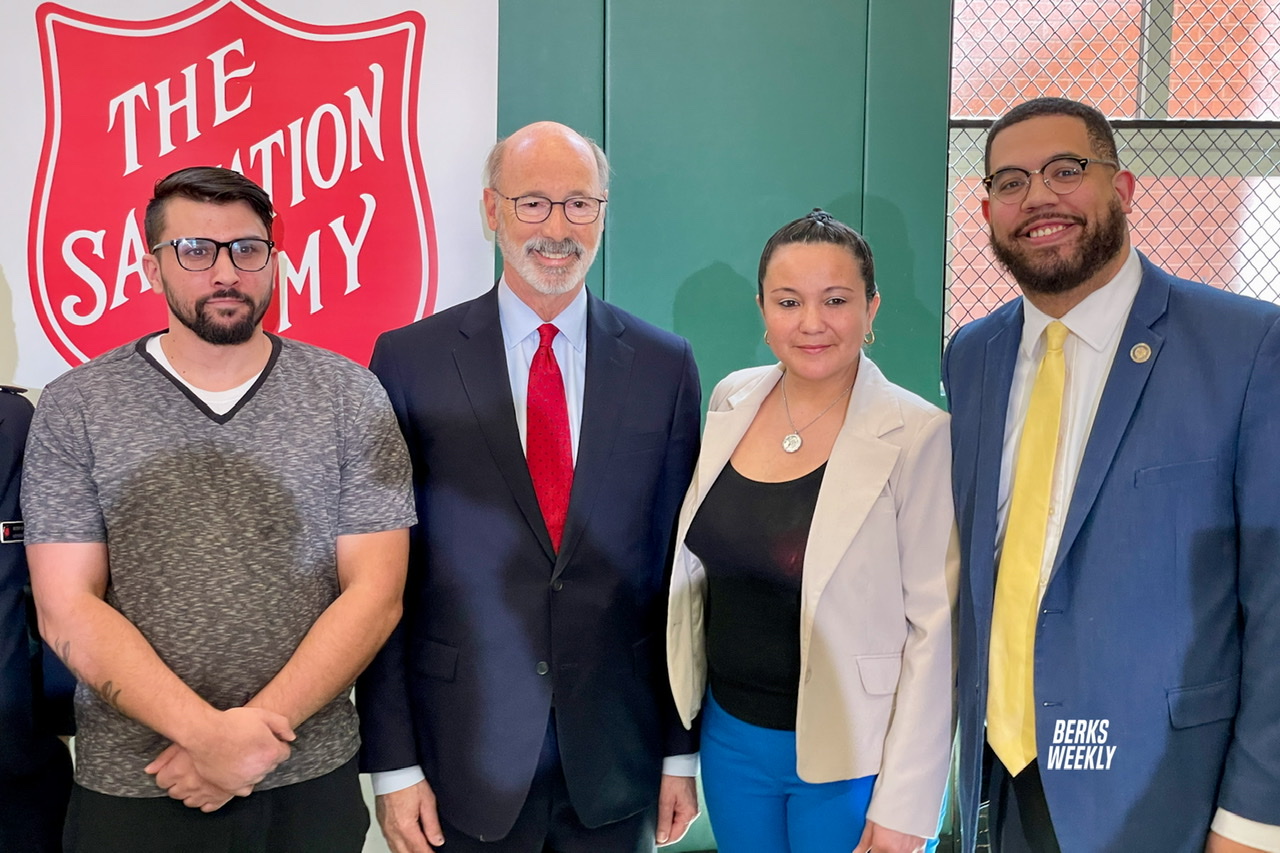 Wolf’s PA Opportunity Program, Pennsylvania’s Republican-led General Assembly have been slow to act on committing the federal funding or introduce a plan for the dollars. With continued inaction by the legislature, the money will be sent back to the federal government by December 31, 2024.

In Gov. Wolf’s proposed PA Opportunity Program, $500 million in ARPA dollars would provide direct payments of up to $2,000 for Pennsylvania households with an income of $80,000 or less.

The program aims to help families still recovering economically from the COVID-19 pandemic or support them with covering pandemic-related costs and managing the current, every day increasing cost of living.

“Right now, there are billions of dollars in federal COVID-19 funds that could be helping people in Reading and all over the state, but instead the money is locked up in a government vault helping nobody,” said Rep. Guzman. “This money belongs to the people and belongs in their pockets so they can decide how to spend it in the community, multiplying the power of each dollar and helping workers, helping kids, helping seniors, helping small local business, and building a better future. While we’ve made tremendous strides against COVID-19 from both a public health and economic perspective, many folks are still grappling with the aftermath of a once in a generation pandemic. I call on my colleagues to act on Gov. Wolf’s plan of delivering direct payments to working Pennsylvanians to further ease the financial hardships of the last several years.” 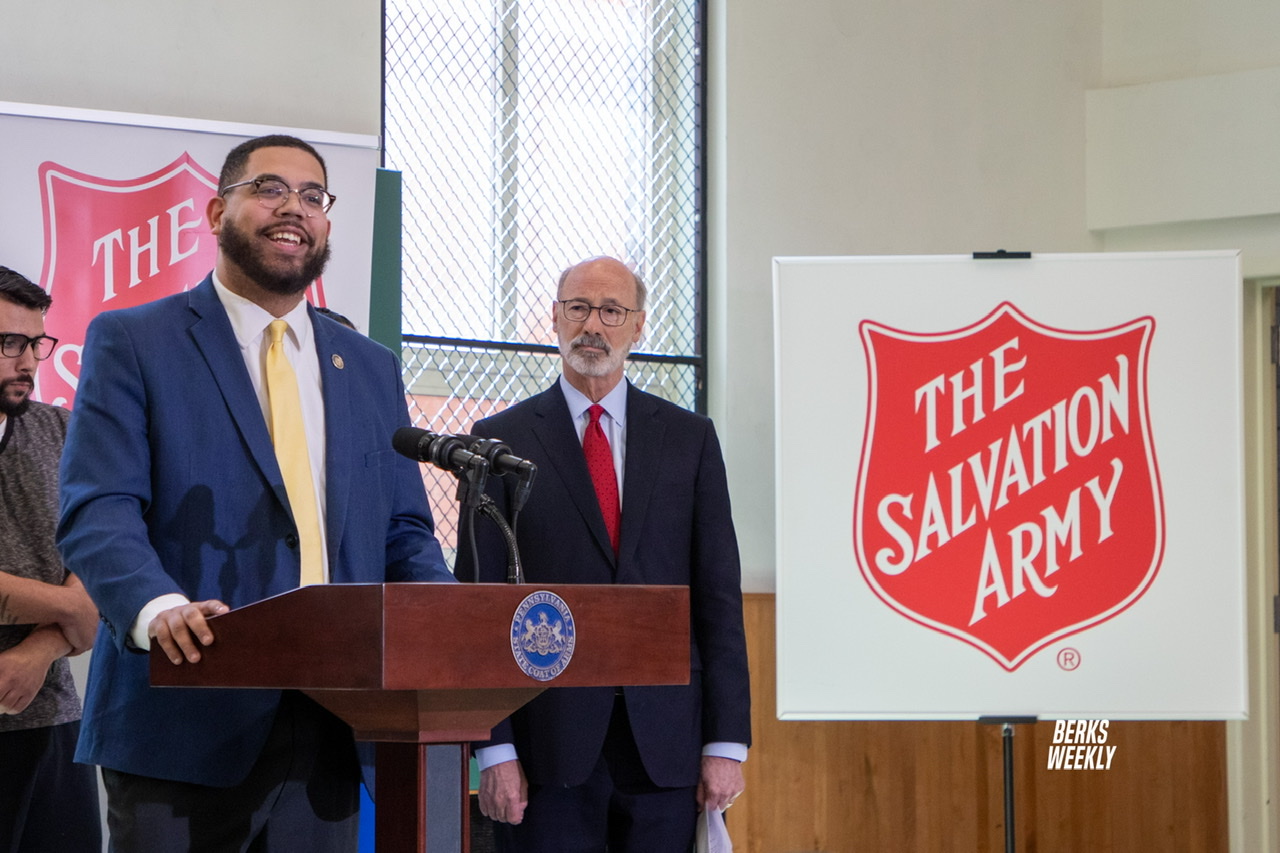 In addition to Rep. Guzman, the governor was joined by members of The Salvation Army including Lieutenant Hector Cid and stakeholders in the Reading City community.

“On behalf of The Salvation Army, I would like to express our appreciation to Gov. Wolf for thinking about communities in need throughout Pennsylvania,” said Lt. Colonel Larry Ashcraft, Divisional Commander for The Salvation Army Eastern Pennsylvania & Delaware Division. “More than two years later, low-income families continue to recover from the devastating economic effects of the COVID-19 pandemic, and the reality is that they still need help. The Salvation Army is thankful for the commonwealth’s efforts to ensure that families in need can keep their lights on at home, keep food on their tables, and keep hope alive.”

“The commonwealth is currently in a strong position financially, but that doesn’t mean our economy has fully recovered from the COVID-19 recession,” said Senator Judy Schwank. “The PA Opportunity Program would put American Rescue Plan Act relief dollars into the pockets of the Pennsylvanians most in need and help offset costs associated with childcare, housing and other necessities so many are struggling to manage.”