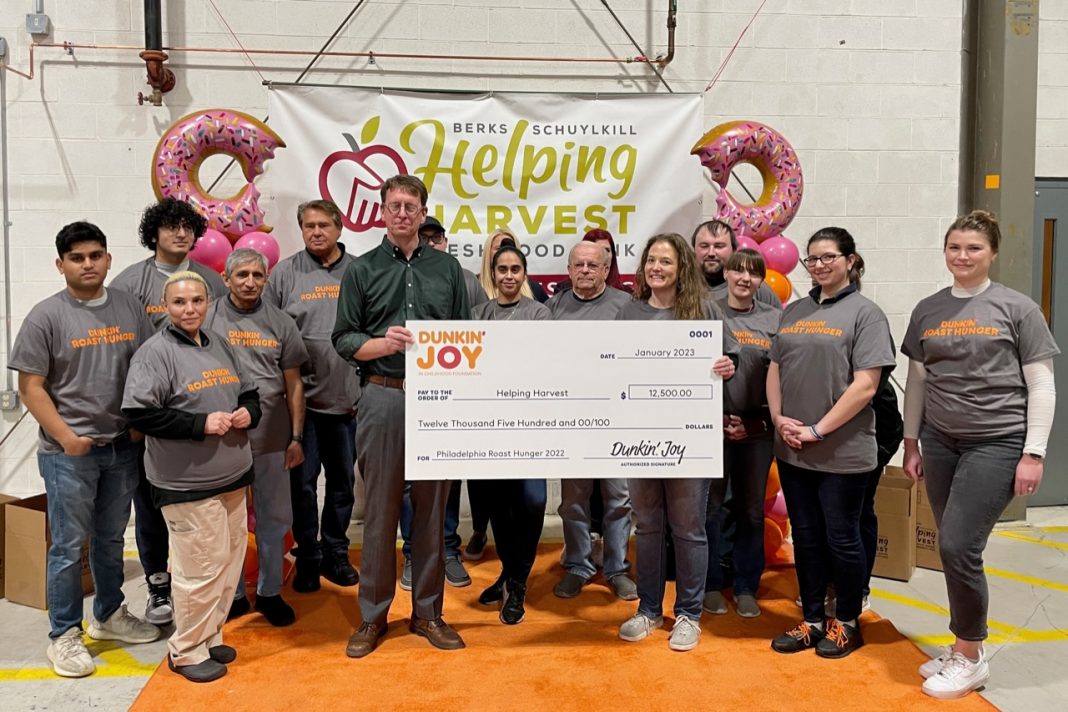 Helping Harvest Food Bank received a $12,500 donation from Dunkin’ of greater Philadelphia to help fight hunger throughout the region.

The donation comes from Dunkin’ of greater Philadelphia’s 12th annual Roast Hunger program, which began on Thanksgiving Day through December 9. 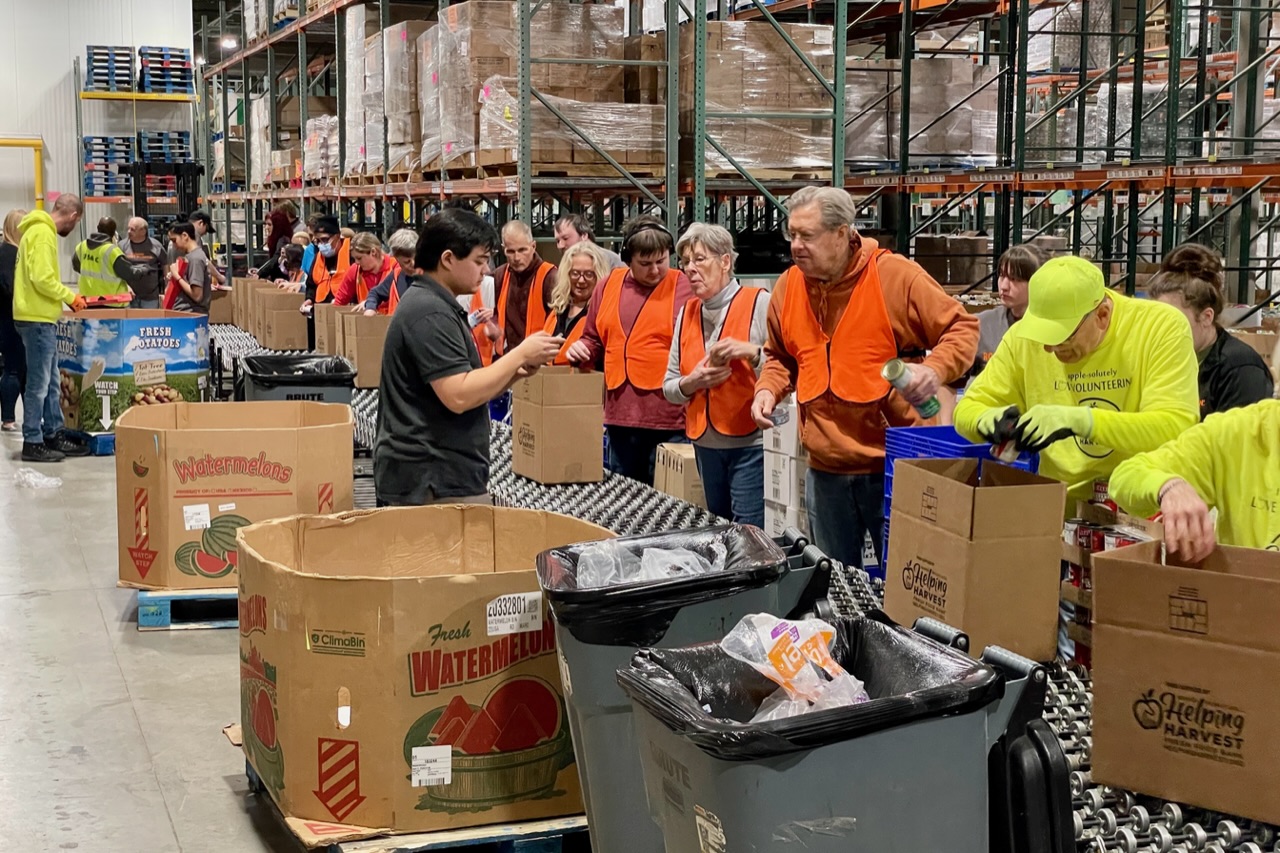 All funds raised by the Philadelphia-area franchisees through the Roast Hunger program stayed local to the region, supporting local neighbors in need. This donation directly support the food bank’s mission to provide safe and nutritional food to people in need throughout Berks and Schuylkill Counties.

Helping Harvest Food Bank collects, purchases, stores, and distributes over 8 million pounds of food annually to the more than 320 programs which feed the hungry in Berks and Schuylkill Counties.

“We need this money more than ever right now. The price of food is a real challenge for us and for our clients. In 2022, we distributed $15 million dollars worth of food, which is a record for us” said Helping Harvest president Jay Worrall. 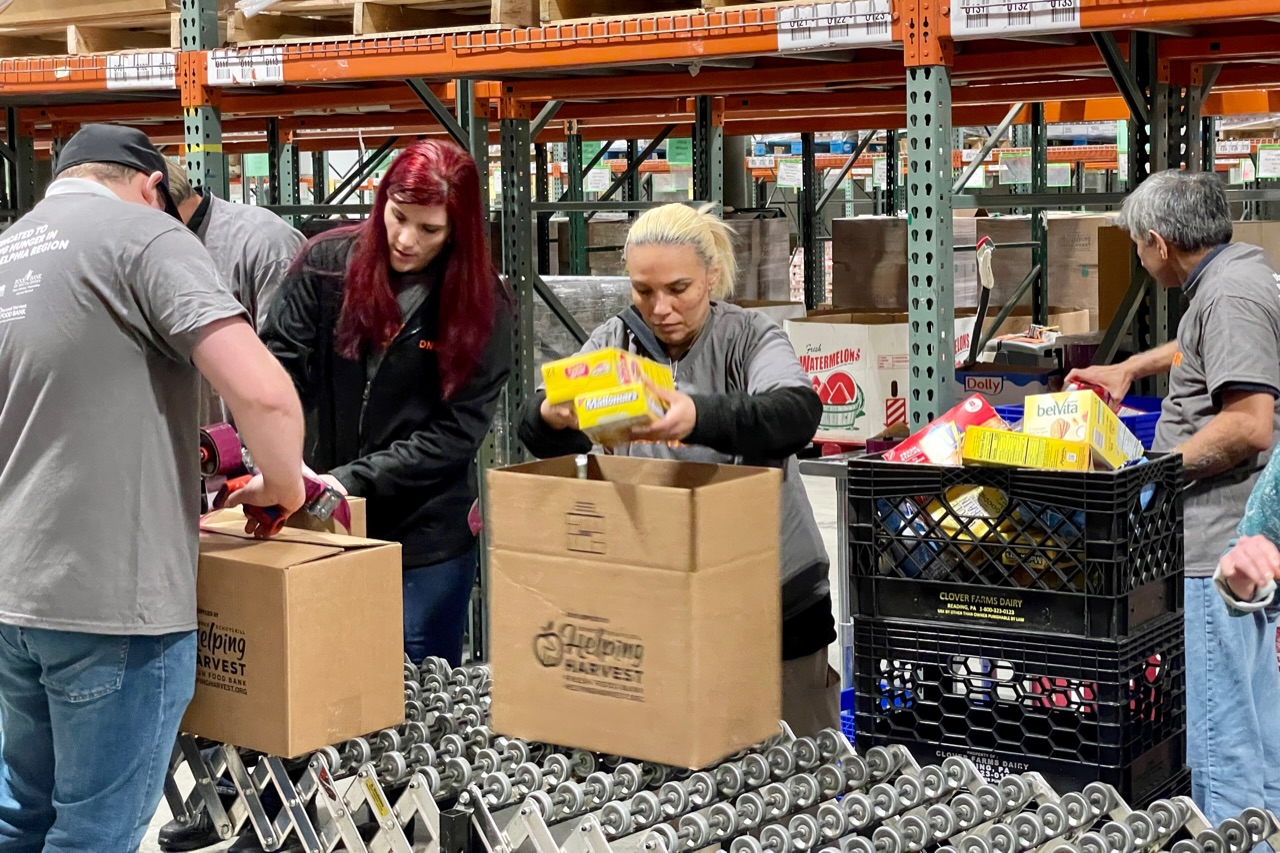 “If you look around the warehouse right now you’ll see that we don’t have as much food on the shelves as we normally do. Food is just harder to come by than it has been normally. So, again, this kind of support from the community really means a lot to us right now.”

According to Feeding America, Philadelphia ranks in the top 10 amongst the highest number of food-insecure cities with approximately one in four people facing hunger daily. This year, Dunkin’ raised $250,000 through its annual “Roast Hunger” program. Since 2011, Dunkin’ has raised more than $2.4 million through its program fundraising efforts.